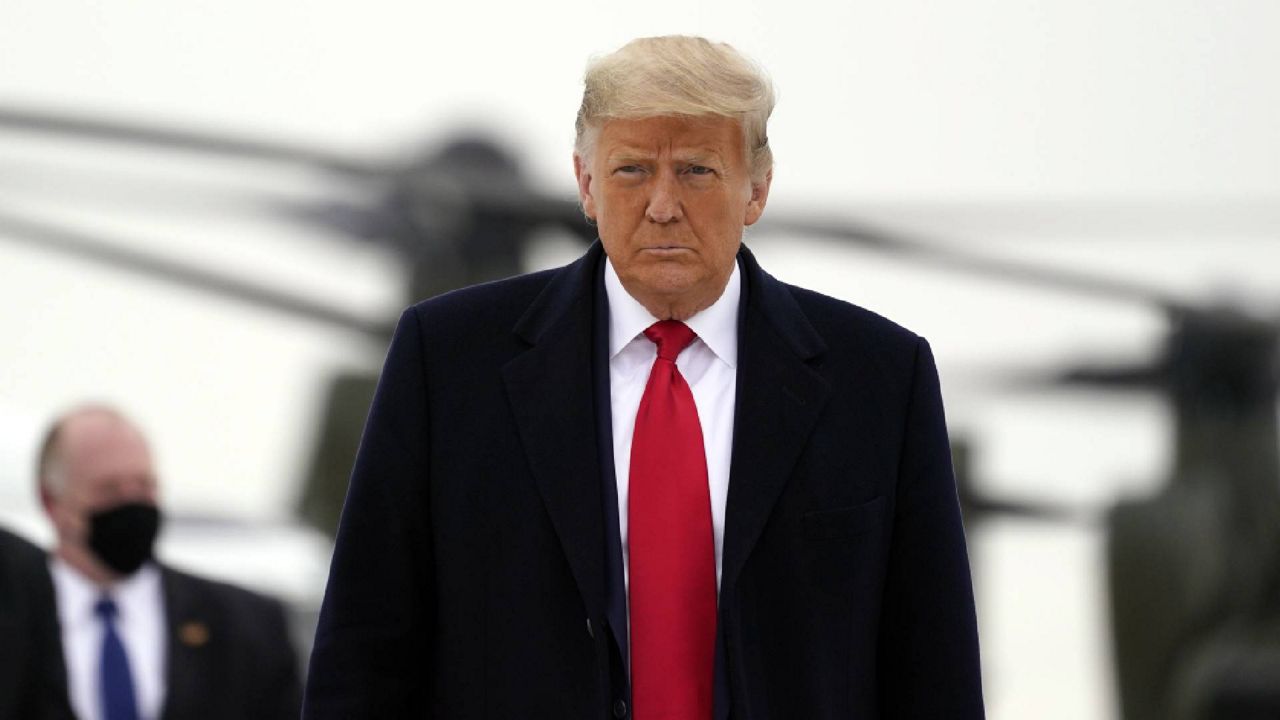 As a Senate trial on the president’s impeachment moves into focus, chamber precedent gives a clearer picture of the potential consequences for President Trump, which includes barring him from future office.

There are exactly two things that can happen to an impeached official: removal from office and disqualification from future office.

Since President Trump will leave office before his Senate trial – to decide whether he’s guilty of “incitement of insurrection,” which the House voted to impeach him for this week – removing him from office is no longer a remedy, and the vote to convict would be largely symbolic.

Historically, if the Senate votes to convict an official, they have held a separate, second vote on “disqualification to hold and enjoy any office of honor, trust or profit under the United States.”

“In terms of practical outcome, the second vote is the one that could actually have practical effects,” University of Missouri Professor Frank Bowman, author of “High Crimes and Misdemeanors: A History of Impeachment for the Age of Trump,” told Spectrum News.

It’s unclear whether the Senate would first have enough votes to convict the President. But Majority Leader Mitch McConnell said he would listen to evidence presented in a trial, and he said he had “not made a final decision” on how he would vote. His choice could sway it one way or the other.

The Constitution doesn’t specifically address whether the Senate should separate out the two votes. But it’s become the practice throughout history, starting in the Civil War era.

Under that precedent, only a simple majority – 50 percent plus one – must vote in favor of disqualification from future office for it to pass.

“[The framers] intended it to be a political remedy for political danger,” Bowman said. “They wanted to make sure that if such a person were to arise … that you could not only remove him from office now but you could prevent him from being part of national politics.”

The Senate has never disqualified a president from office before. If it happens, it could face legal challenges, especially because President Trump would be a private citizen by then.

The Constitution also does not address holding a Senate trial after an official has left office. But they did it in 1876, when senators voted to hold a trial for Ulysses S. Grant’s Secretary of War William Belknap, who resigned two hours before he was impeached by the House. They eventually acquitted him.

“It’s the job of Congress to protect the Republic from somebody like this,” Bowman explained. “And they’d be stripped of the only tool they have if we said ‘Well, it’s just too close to the end, so we’ll just risk it.'”

As far as pardoning himself? Most legal scholars, including Bowman, say it’s not allowed. But if President Trump tried, it likely wouldn’t extend to his role in the violent attack on the Capitol last week, which the House has deemed an impeachable offense.

“The President can pardon all offenses against the United States with the exception of impeachment,” Bowman said.

On Friday, House Speaker Nancy Pelosi wouldn’t say when she plans to send the article of impeachment over to the Senate, but she said the impeachment managers are already preparing for a trial.