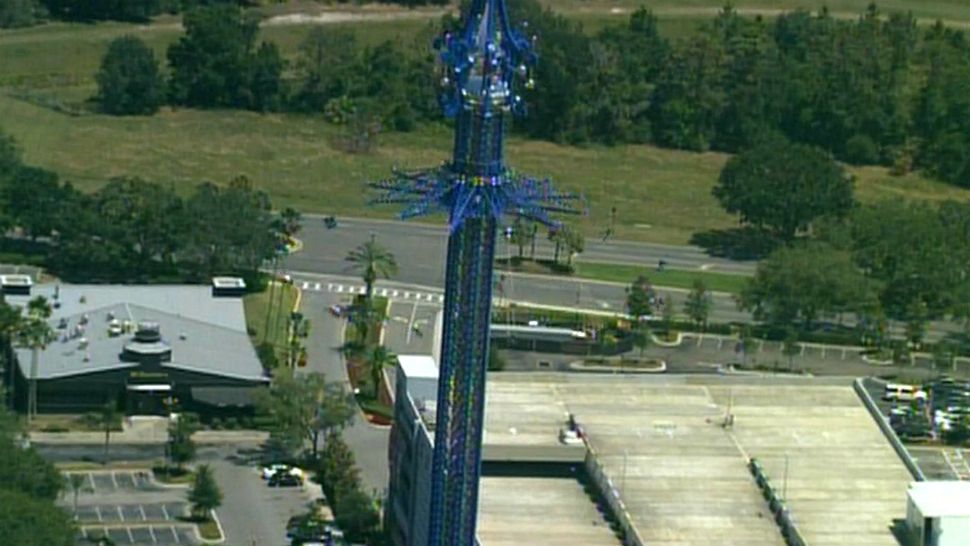 ORLANDO, Fla. – A man who was working on the StarFlyer attraction on International Drive fell to his death Monday morning, according to authorities.

The worker had climbed up swing attraction at ICON Park to perform a safety check when he fell, according to the Orange County Sheriff’s Office. Orange County Fire Rescue, which responded to the scene, said the worker fell 200 feet onto a platform below.

The worker was taken to Orlando Regional Medical Center, where he was pronounced dead.

No other details were immediately available.

The 450-foot-tall Orlando Starflyer opened along I-Drive in 2018. Dubbed the world’s tallest swing ride, the Starflyer can take up to two dozen riders at a time, reaching speeds of up to 45 mph.