Did you catch a glimpse of the smoke-filled skies over California this week? Whether it was the Bay Area or Southern California, most people thought it looked more like Mars.

Why was the sky so orange? The simplified one-sentence explanation is smoke particles in the air from local and regional wildfires are effectively removing blue light from view, causing red and yellow light to appear more prominent. 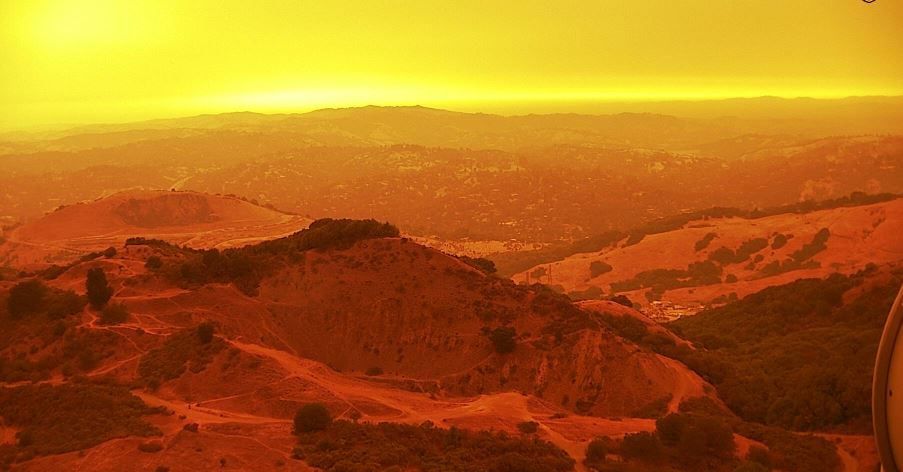 No, not Mars but the Oakland Hills. Via AlertWildfire Network.

The scientific explanation is slightly more complicated and brings me back to Physics III!

Even though sunlight appears white, it is made up of the individual colors of the rainbow. We usually don’t see these individual colors, unless light is passing through a particle or surface, causing those colors to be separated distinctly.

This theory was proven by Sir Isaac Newton, who shined light through a prism to prove distinct colors existed in light. This process is called refraction. Depending on the particle size or density, colors can be enhanced or eliminated.

Certain particles or surfaces will refract (or bend) light greater than others. The ability to refract light is called a refraction index.

Pure air with no water vapor or pollutants has the lowest refraction index at 1.00, water is higher at 1.33, diamonds higher still at 2.44, which is on the higher end of refractive indices.

Another fun fact: Cubic zirconia has a refractive index of 2.15, making it a suitable diamond knock-off.

The greater the refraction index, the more light bends off an object, the brighter the colors of the spectrum appear.

Now, what kind of objects is light passing through? Solid water, water vapor, atmospheric gases, and aerosols to name a few. When light encounters these things, the size of these particles matters.

Earth’s atmosphere is primarily made of nitrogen and oxygen, which are the perfect size to refract blue light—which is why the sky is generally dominated by blue light. That is, unless large particles are present.

Particles like smoke—down to details like whether the smoke is coming from an active fire or a smoldering one—make all the difference in what colors of light we see. 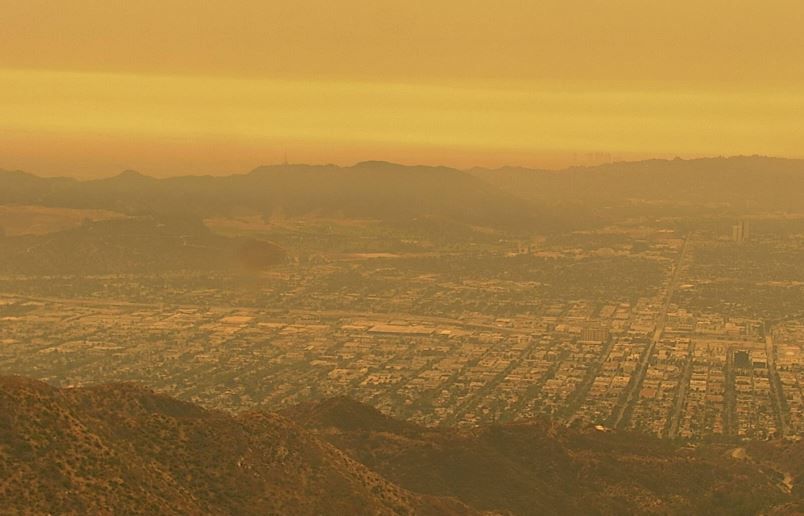 When smoke from active wildfires is in the air, those smoke particles are just the right size to scatter out (eliminate) blue light before it reaches your eyes. Only the red and yellow light are able to pass through these smoke particles, leading to these orange tinted skies.

So even though the skies looked apocalyptic, the orange-tinged sky was actually a scientific phenomenon.