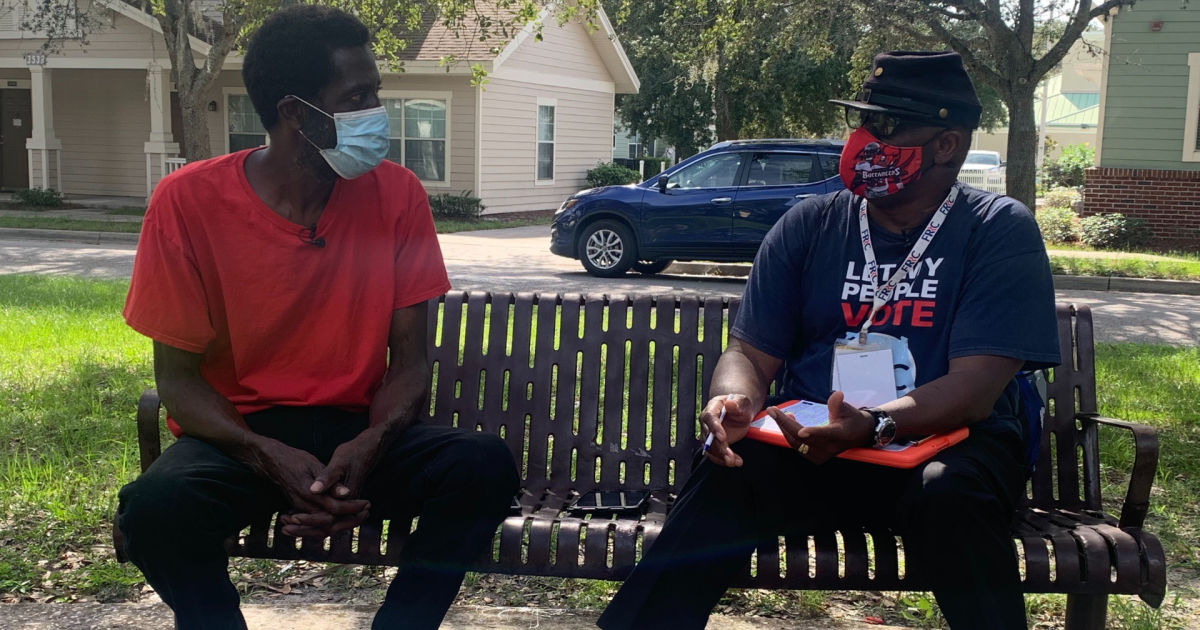 The November election is quickly approaching, and a fight continues over Amendment 4, which initially allowed former felons the right to vote.

The amendment passed in 2018, with 65% of Floridians voting in favor of it. Since then, a legal battle over it has taken over the court systems.

A federal appellate court ruled on Sept. 11 that in addition to serving their sentences, Florida felons must pay all fines, restitution, and legal fees before they can regain their right to vote.

Under Amendment 4, felons who have completed their sentences would have voting rights restored except those who committed murder or sex crimes. Republican lawmakers then moved to define what it means to complete a sentence.

In addition to prison time served, lawmakers directed that all legal financial obligations, including unpaid fines and restitution, would also have to be settled before a felon could be eligible to vote.
Ronnie Reddish is one of those former felons.

“I was under the impression that you had to go to the clemency board, which may take years, so they’re suppressing voters,” Reddish said.

Reddish had his court fees paid, but the back and forth battle between the state and activists created confusion and apprehension over registering to vote. Doing so while still owing court fees could result in a felony.

“Some people believe that once you go to jail or prison that that’s where you belong,” Reddish said.

Thanks to the efforts of Ernest Johnson with the Florida Rights Restoration Coalition, people like Reddish got the clarity they needed.

Day in and day out, Johnson knocks on thousands of doors to ask people if they’re registered to vote and if they know anyone who needs their fees paid. The FRRC has a team of lawyers helping untangle any confusion.

“We are trying to reform the system. System of voter suppression because that is all it is,” Johnson said.

Hillsborough County State Attorney Andrew Warren said the legal battles have not only created confusion; they have created a hurdle most people can’t jump.

“It imposes wealth discrimination in our voting process. We are now checking at the ballot box whether you have money. It’s creating two classes of voters,” Warren said.

Warren said even if a former felon can pay the fees, the avenue to find out how much they owe can be more daunting than the fees themselves.

The state currently does not have a central system to show fines owed. Instead, an individual search in the county clerk of court has to be made.

“What the court found that looked in detail to this process determined that with a relatively small number of plaintiffs, fewer than 20 plaintiffs the state could not accurately identify how much each person owed. If the state couldn’t do it for 20 people, how are they supposed to do it for hundreds of thousands,” Warren said.

ABC Action News contacted the governor’s office and the department of state for clarity.

A representative with the department of state directed us to their website and didn’t respond to our questions about a convoluted payment system.

“Why do you not want people to vote,” Reddish said. “I think one of the highest honors is being able to vote because that means every individual has a say so.”

Reddish is now a registered voter. The November election will be the first time he has ever voted. He’s working with Johnson in his fight to inform and reform what many are calling a broken system.

0 0 0 0
Previous : Ex-Trump Campaign Manager Recovering After Threatening to Harm Himself
Next : Cold front expected this week with huge drop in humidity