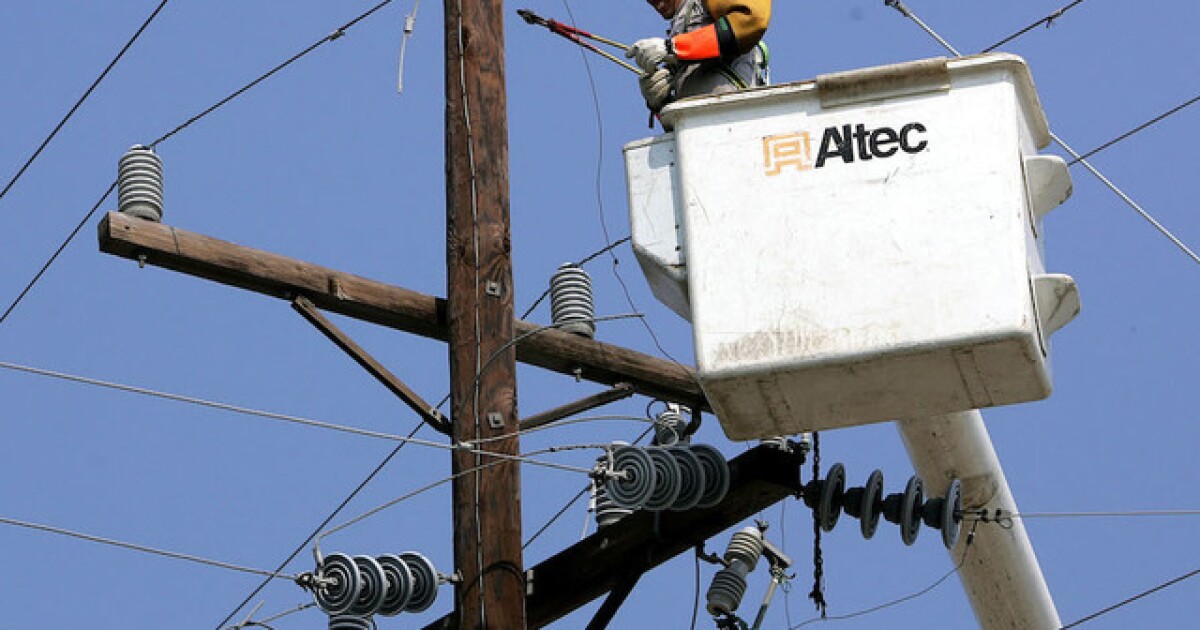 PINELLAS COUNTY, Fla. — We’re less than two months away from the start of hurricane season, and recent storms are a reminder that safety and the reliability of the power we all count on is important.

Where do we stand on moving power lines underground? ABC Action News checked around with all of our local electric companies to find out.

TECO says they are making a big investment to move power lines underground. So far, 45% of their lines are underground and between the start of 2020 and the end of 2021, they hope to complete another 100 miles. Most of the underground lines are in newer neighborhoods where developers have paid to install them, according to TECO. Underground lines are more reliable than overhead lines they say, however, when there is an outage on an underground line, it is harder to find and harder to fix. TECO says they are also expensive; they can cost up to $1 million per mile to install. TECO is investing about $100 million a year toward improvements like burying overhead lines underground.

The Withlacoochee River Electric Cooperative has 36% of its lines underground. That amounts to 4,010 miles of power underground and 7,161 miles overground.

All the power companies are regulated by the Public Service Commission, which requires utility companies to provide power at the lowest possible cost to customers and that can sometimes make pricey upgrades like undergrounding more difficult to accomplish.

“There’s just not a perfect solution to outages when it comes to our equipment,” explained Duke Energy spokesperson Ana Gibbs. “Undergrounding does not solve all reliability issues. There are plus and minuses regardless what option you’re using. Undergrounding comes with its own challenges. It’s much more difficult to determine the cause of an outage when you’re dealing with an underground line. It’s also oftentimes going to take longer to conduct an underground repair,” she explained.

One place where a massive undergrounding project is currently taking place is on Gulf Boulevard in Pinellas County. In that case, the Penny for Pinellas sales tax is being used to fund upgrades, which should be complete by 2026.

It’s welcome news for Matthew Loder, the owner of Crabby Bill’s on Indian Rocks Beach. During Hurricane Irma, he says his restaurant lost $80,000 dollars in food. “I would prefer that we never have to worry about the power going off so if we never saw a hurricane that would be fine, but I don’t think that’s very practical so we would just hope if we do have one that we’ll be prepared for it,” he said enthusiastically.

0 0 0 0
Previous : Daunte Wright Shooting: Officer meant to draw taser, not gun, police chief says
Next : What you can do to minimize COVID-19 vaccine side effects