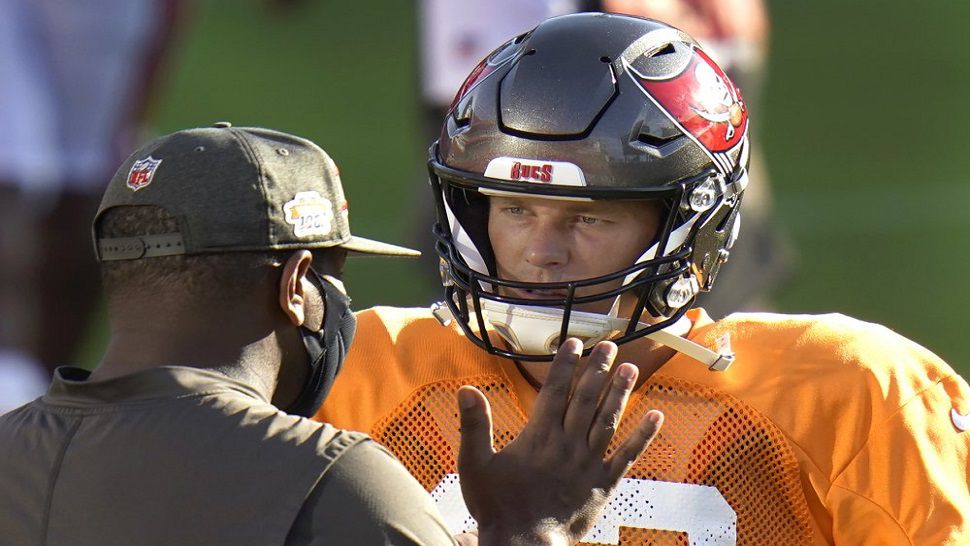 So mark down Sunday’s NFC South Division clash between the Buccaneers and Saints as yet another unusual occurrence in 2020 — and one that should provide reason for hope. It’s evidence that the greatest young quarterbacks of today could very well last two full decades in the pros.

“There’s probably better information about recovery and performance than there’s ever been. I think people are really getting a better understanding of it than when I started playing,” Brady said. “Will this become a trend? It really just depends on the commitment level of an athlete. If you’re not that committed or you don’t love it that much, you’re not going to put as much time in and energy into it.

“I learned at a young age how to begin to take care of myself and try to repeat those things and got better at them over the years and was really able to do what a lot of people do with their jobs,” Brady added. “You improve over time.”

That’s certainly what the Bucs bet on when they lured the 43-year-old Brady away from New England — his only other team — during free agency in the spring. After signing Brady, Tampa Bay jettisoned 26-year-old, 2015 first overall draft choice Jameis Winston, who responded by signing with New Orleans to learn under Brees.

While Brady’s final season in New England wasn’t his best, he won his sixth Super Bowl just two seasons ago at age 41 — the age Brees is now.

And while Brees has not made it back to a Super Bowl since his only championship a decade ago, his efficiency has been as good as ever the past couple of seasons. He set an NFL record with a 74.4% completion rate in 2018 and nearly matched it last season, when he completed 74.3% of his passes — and also threw a career-low four interceptions.

“Every NFL team’s approach to how you’re training, how you’re recovering, how you’re caring for players, how we’re training in the offseason — all those things have been in evolution,” Brees said. “We’re armed and equipped with a lot more information now than we ever have been. And so the ability to incorporate those things into what we do from a training and recovery perspective, I think, allows us to stay in our prime longer.

“Father Time is going to get us at some point,” Brees continued, “but we’re trying to beat him out right now.”

The result is a rare QB showcase on several levels.

Brees is the NFL’s all-time leader in yards passing with 77,416 and touchdowns passing with 547. Brady is second in both categories with 74,571 and 541. And this first of two scheduled meetings this season will mark the first time the NFL’s top two in career yards passing played in the same game since 1998 (Miami’s Dan Marino and Denver’s John Elway).

But while Brees is leading a Saints squad that has won the division three years running, Brady’s No. 12 graces a jersey not seen in the playoffs for a dozen seasons.

“We’re going to figure out what we’re good at and not good at. I wish we knew those things right now, but I think the reality is we don’t,” Brady said this week. “You don’t know it until you go do it.”

Because the coronavirus pandemic prompted the NFL to cancel the preseason, there hasn’t even been a trial run during an exhibition game. Brady’s debut comes when it counts, on the road, against a consensus contender.

“It’s a big challenge because there’s no margin of error when you play a great football team,” Brady said. “The Saints have proven themselves to be that for a long time.”

Jones, a third-year pro who struggled as a rookie in 2018, rebounded last season to lead the team in rushing with 724 yards and six touchdowns. He also had 31 receptions for 309 yards, finishing with 1,033 yards from scrimmage.

McCoy and Fournette are versatile backs, who could contribute to the running and passing games.

Sunday’s game is a homecoming for Fournette, who grew up in New Orleans and starred at LSU.

The usually productive passing offenses of Saints coach Sean Payton and Bucs coach Bruce Arians represent considerable tests for secondaries that gave up their share of yards and big plays last season. Tampa Bay ranked 30th against the pass in 2019. The Saints ranked 20th, but hope the addition of veteran free-agent safety Malcolm Jenkins solidifies their back end with veteran savvy and leadership.

Jenkins, who spent his first five seasons in New Orleans and the previous six with Philadelphia, won a Super Bowl as a rookie with Brees and beat Brady in a Super Bowl three seasons ago. But he’s not getting sentimental about Sunday’s historically significant matchup.

“My focus is on how I can make Brady’s life miserable on Sunday,” Jenkins said. “The special thing for me about this game is it’s Week 1 of our 2020 season. … We feel like we have a great shot at doing something special this year and this is our first opportunity to really compete against another team.”

While a hamstring injury kept Bucs receiver Mike Evans out of practice this week, the matchup still features numerous passing targets. Rob Gronkowski’s decsion to end his retirement after one year and join Brady with the Bucs adds him to a passing game already featuring receiver Chris Godwin and tight end O.J. Howard.

Both clubs finished in the top four defending the run last season.

0 0 0 0
Previous : Florida On A Tankful: Beat The Heat With The Flowrider
Next : As COVID-19 Cases Drop, Doctors Face New Challenge – the Flu