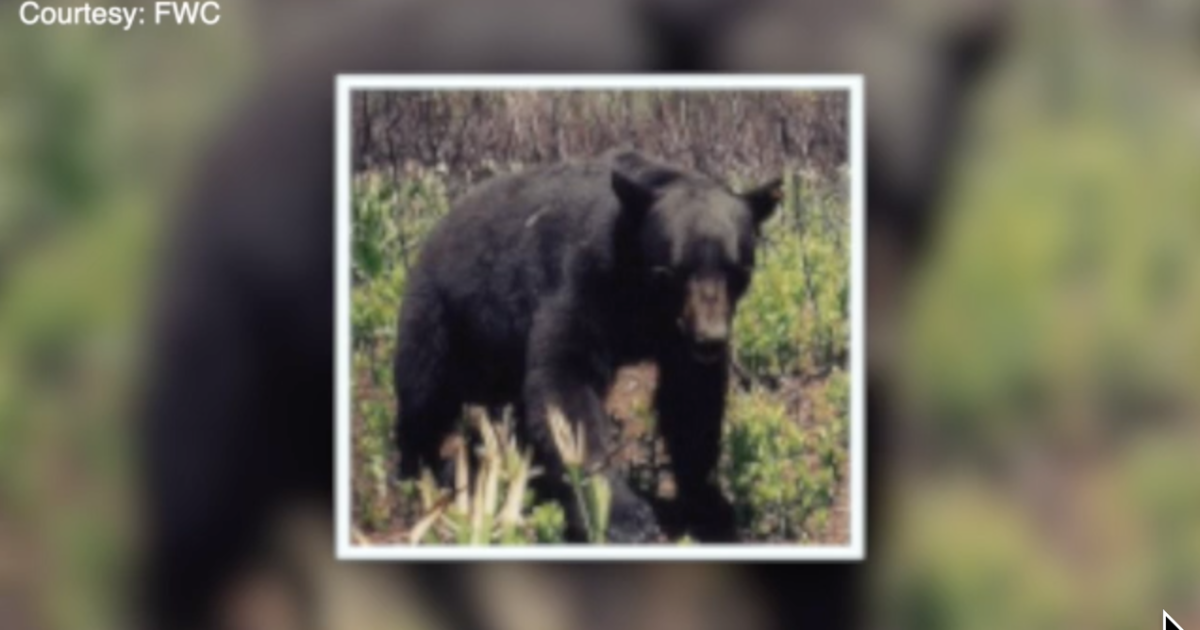 Sarah Phinney has been showing you parks and trails across the Tampa Bay region since July through her #WalkingClub series. Now, she’s getting frequently asked questions in the Walking Club Facebook group answered.

Sarah is taking your concerns and questions about wild hogs, vultures, bears, bobcats and coyotes to the Florida Fish and Wildlife Conservation Commission (FWC). Use this guide if you’re new to exploring Florida’s outdoors, or just need a refresher! Click here to read last week’s #WalkingClub101 about alligator and snake safety.

Wild hogs are not native to the Sunshine State, but can be found in all 67 counties in a wide variety of habitats. According to FWC’s website, wild hogs tend to prefer oak-cabbage palm hammocks, freshwater marshes and sloughs and pine flatwoods.

Rooting, a wild hog’s way of getting to food in the ground, can be a sign that they are in the area. Rooting makes it look like an area has been plowed.

“Just like all other wildlife, keep your distance and don’t try to approach them. Keep that buffer of space,” said Kilborn.

There are two species of vulture in Florida, the turkey vulture and the black vulture.

According to FWC’s website, black vultures are more aggressive and may occasionally kill or injure livestock.

“Vultures fit a unique role in nature,” said Kilborn. “They feed off of dead and decaying carcasses. It’s not a pretty thing to see, but it’s an important part of nature.”

Kilborn says if you come across vultures feeding on a trail, try to pass without disturbing them.

The Florida Black Bear is the only species of bear in the state. The bears can be found throughout Florida, but are most common in northeast and northwest regions. Check out this map to see where the bears have been spotted in the Tampa Bay area. Data shows common to frequent sightings in parts of Citrus County, Hernando County and Pasco County.

According to the FWC bear behavior chart, if a bear is far away, passing through or feeding on natural foods, you can observe it from a safe distance. Never approach a bear.

If you encounter a bear acting aggressively, Kilborn says you should stand upright (and pick up your dog if you have one with you). Use an assertive voice and back away slowly.

If the bear is not scared away by loud noises or is approaching pets/people, find a safe place and call the FWC Wildlife Alert Hotline at 888-404-3922. In case of emergency, call 911.

Bobcats are native to Florida and can be found throughout the state.

Bobcats are sometimes confused for panthers, but they are much smaller. According to FWC, they are about twice the size of a domestic cat. In rural areas, they can be found in deep forests, swamps and hammock land.

Kilborn says a sighting of a bobcat is not cause for concern. In fact, FWC says it’s not uncommon to see a bobcat during the day because they sleep for only 2 to 3 hours at a time.

Coyotes can be found in every county in Florida. They can live in urban, suburban or rural areas.

FWC considers coyotes to be naturalized. Kilborn says they migrated from western states to Florida through natural expansion.

“I know a lot of people think that if you see a coyote during the day there is something wrong,” said Kilborn. “But really, they can be found at any time during the day or night. It really depends when their prey sources are available to them.”

According to FWC, coyotes are curious, but timid and will generally run away if challenged. Waving your arms, yelling or acting aggressively will usually cause a coyote to retreat. If you are with your pet, it’s a good idea to pick them up before attempting to get a coyote to run away.

Kilborn says sightings do not need to be reported to FWC unless the animal is acting strange or aggressive.

Get involved in Walking Club!

Post photos of your adventures, ask questions and learn about upcoming #WalkingClub stories in Sarah’s Walking Club group on Facebook!

0 0 0 0
Previous : Strong Cold Front Moves Across Bay Area Monday
Next : Fauci Says Kids Could Be Vaccinated Against COVID by Spring or Summer