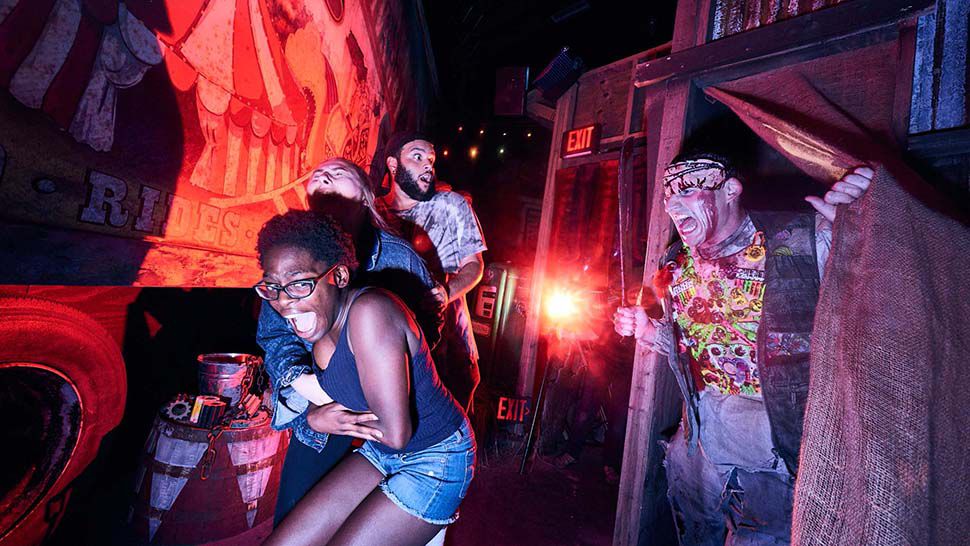 ORLANDO, Fla. – Universal Orlando has something brewing for fans of its popular Halloween Horror Nights event.

Although the event was canceled for this year, a post on the official Halloween Horror Nights Twitter account teased that fans will soon be able to enjoy elements of the event from their devices.

“…and now we’re invading your devices as we rip and gnaw deep into your nightmares,” the announcement read. “If you’ve got a screen, you can scream, as we infest your phone, your computer and your brain with years’ worth of Halloween Horror Nights content.”

The announcement was light on the details, but it’s possible Universal could be planning to release videos from past events as part of this virtual #HHNForever experience.

For now, Halloween Horror Nights fans can get their fix at the Tribute Store at Universal Studios Florida. The store, which is a popular destination during the in-person event, features rooms filled with themed merchandise.

Halloween Horror Nights typically features haunted houses inspired by TV shows and movies as well as themed scare zones and live entertainment. It was one of the big Halloween events canceled because of the ongoing pandemic. Disney World also canceled its Mickey’s Not-So-Scary Halloween Party at Magic Kingdom.

Meanwhile, SeaWorld is moving forward with a modified version of its annual Halloween Spooktacular.