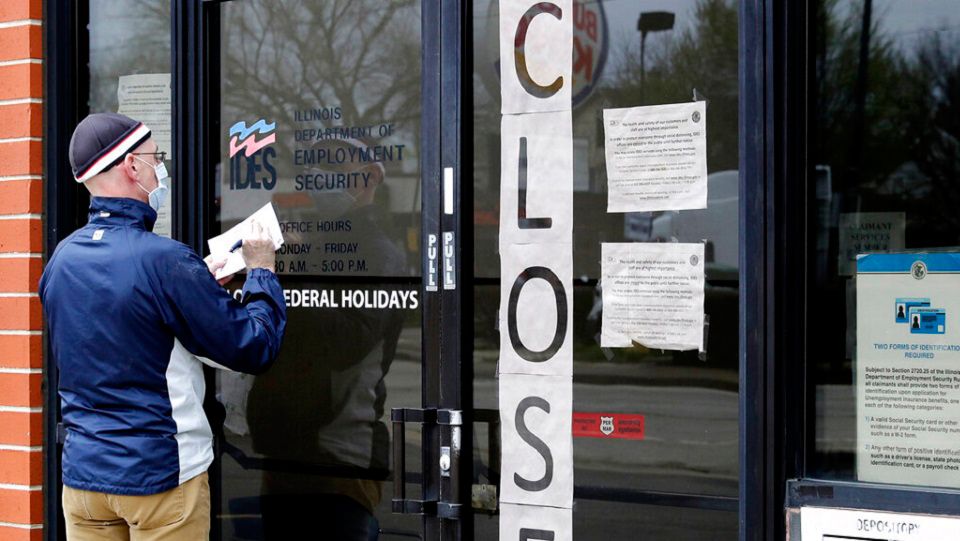 The monthly report, the final such issuance ahead of the presidential election, shows that economic recovery has weakened.

With September’s hiring gain, the economy has recovered only slightly more than half the 22 million jobs that were wiped out by the viral pandemic. The roughly 10 million jobs that remain lost exceed the number that the nation shed during the entire 2008-2009 Great Recession.

The unemployment rate for September fell to 7.9%, down from 8.4% in August, the Labor Department said Friday. Since April, the jobless rate has tumbled from a peak of 14.7%.

The September jobs report coincides with other data that suggests that while the economic picture may be improving, the gains have slowed since summer. The economy is under pressure from a range of threats. They include the expiration of federal aid programs that had fueled rehiring and sustained the economy — from a $600-a-week benefit for the unemployed to $500 billion in forgivable short-term loans to small businesses.

Friday’s data offers voters a final look at the most important barometer of the U.S. economy before the Nov. 3 presidential election — an election whose outcome was thrown into deeper uncertainty by the announcement early Friday that President Donald Trump has tested positive for the coronavirus.

The rise in confirmed viral cases that is occurring in much of the country could force new business shutdowns or discourage consumers from traveling, shopping or visiting restaurants. A recent wave of layoffs by large companies has heightened fears that the viral outbreak still poses a serious threat to the economy.

The Walt Disney Company said this week that the company is cutting 28,000 jobs, a consequence of reduced customer traffic and capacity limits at Disney World in Florida and the ongoing closure of Disneyland in California.

Allstate said it will shed 3,800 jobs, or 7.5% of its workforce. Marathon Petroleum, the Ohio refiner, is slashing 2,000 jobs. And tens of thousands of airline workers are losing their jobs this month as federal aid to the airlines expires. The airlines had been barred from cutting jobs as long as they were receiving the government assistance.