Two tropical waves are moving west across open Atlantic waters, while Hurricane Genevieve is set to brush the Baja California peninsula in the Pacific.

Two waves in the tropical Atlantic will need to be monitored for development this week. Both are moving west across open water for now.

One wave is in the central Caribbean, moving swiftly to the west at 20 mph. Development is unlikely in the next couple of days, but it has a better chance at organizing this weekend as it moves into the western Caribbean.

The second area to watch is about halfway between the Cabo Verde Islands and the Lesser Antilles. It has a high chance of developing into a tropical depression in the next couple of days, but is currently far from land.

Each of these is days from coming anywhere near U.S. shores, if they reach here at all. However, the long term forecasts for both waves will need to be watched closely as computer models indicate a general westward motion. The next names on the list if either develop into a named storm are Laura, followed by Marco.

The earliest L-storm to form in the Atlantic was Hurricane Luis on August 29, 1995. An M-named storm has never formed in the month of August in the Atlantic.

These disturbances follow what has already been a record-setting season in the Atlantic. 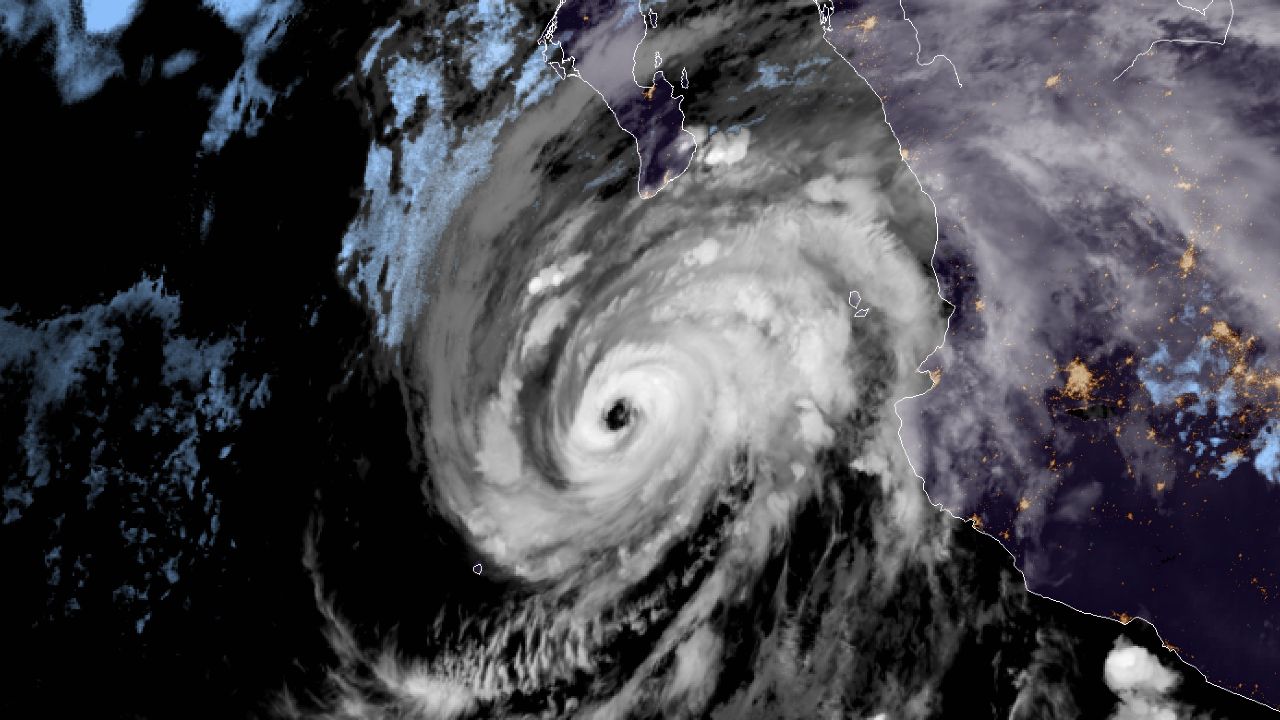 Meanwhile, in the Pacific, Genevieve is going to brush the Baja California peninsula with wind and rain.

As of Wednesday morning, Genevieve was a Category 3 hurricane with maximum sustained winds of 115 mph. It had peaked on Tuesday with top winds of 130 mph.

Tropical storm-force winds will begin there Wednesday afternoon and spread north through Thursday. 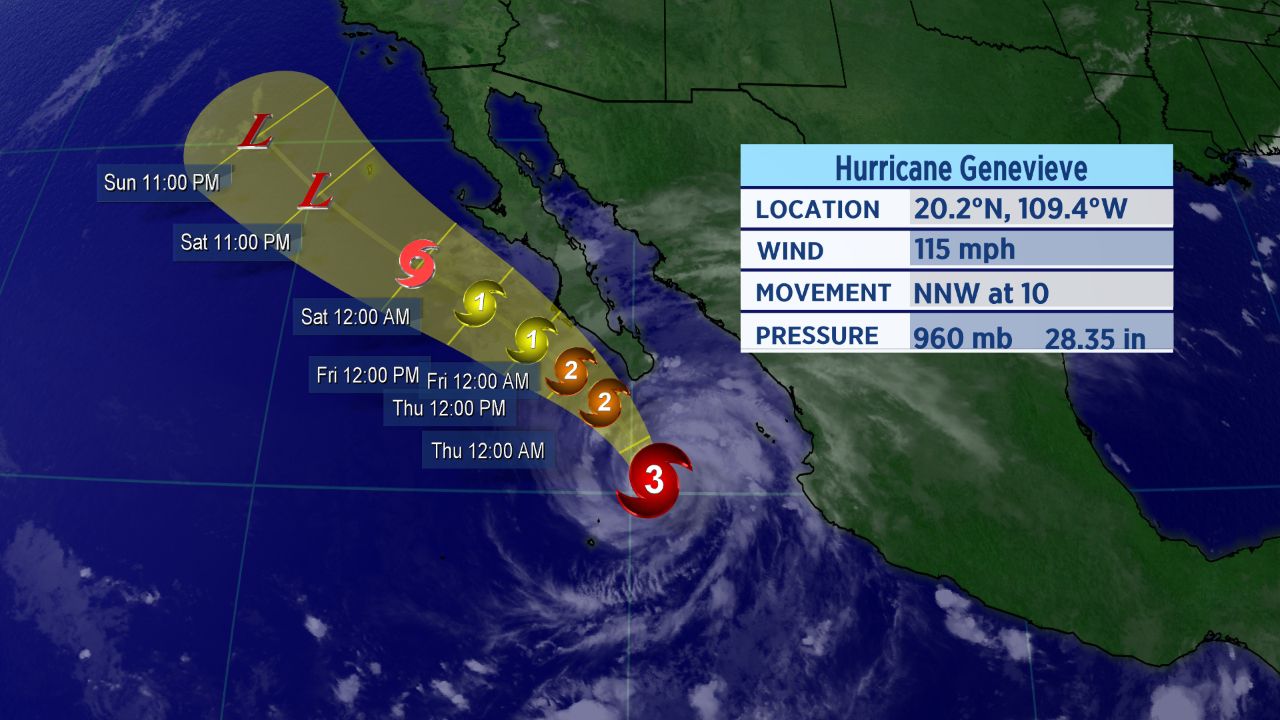 While Genevieve will weaken this weekend as it moves into cooler water, it may still influence the weather in the southwestern U.S. next week. People living there should stay tuned to the latest forecasts.