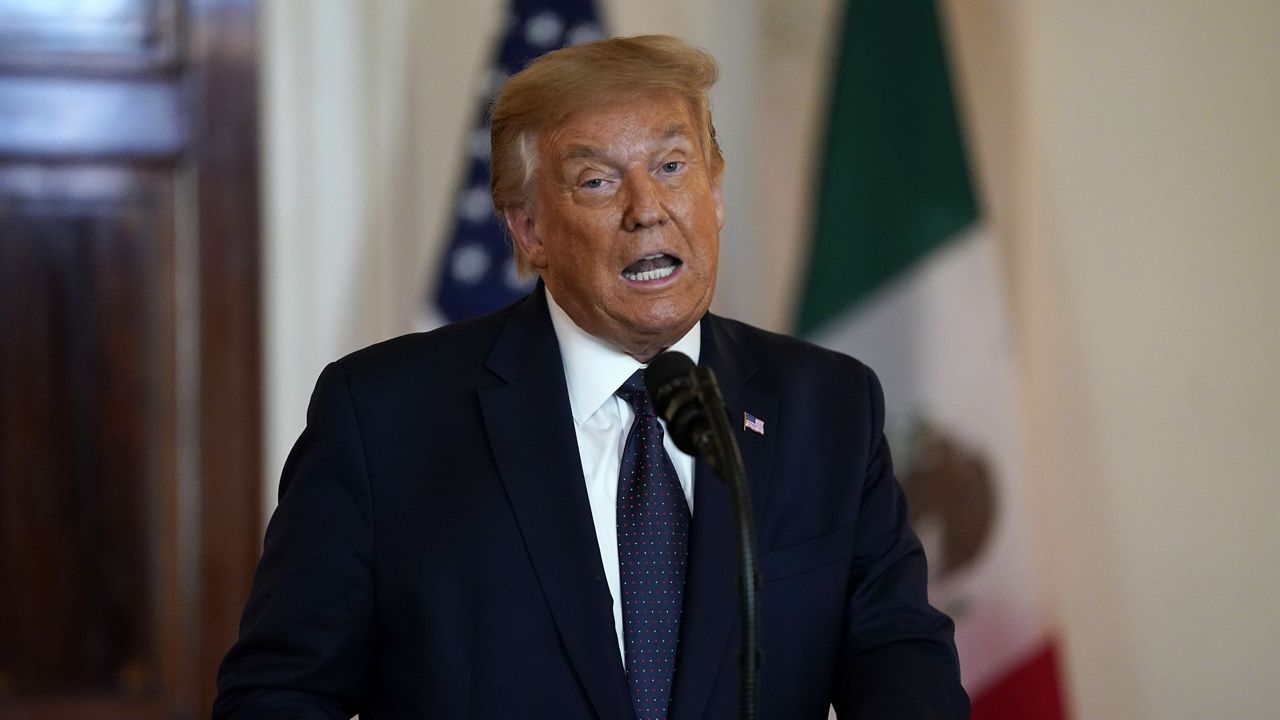 WASHINGTON — President Donald Trump said Thursday he is firmly opposed to additional funding for the U.S. Postal Service, acknowledging that his position will make it more difficult for Americans to vote by mail during the coronavirus pandemic.

In an appearance on Fox Business, Trump said Democrats’ demands for $3.6 billion for mail-in voting and $25 billion for the USPS are nonstarters in coronavirus relief talks.

“Those are just two items. But if they don’t get those two items, that means you can’t have universal mail-in voting because they’re not equipped to have it,” Trump said.

Trump falsely claimed that Democrats are pushing for universal mail-in voting, and Democrats say they’ve lowered their demand to $10 billion for the USPS from the $25 billion Trump cited Thursday.

The president again argued that widespread mail-in voting would lead to the “greatest fraud in history,” although there is no evidence to support his claim.

The campaign for presumptive Democratic nominee Joe Biden issued a statement Thursday calling Trump’s comments “an assault on our democracy and economy.”

“The president of the United States is sabotaging a basic service that hundreds of millions of people rely upon, cutting a critical lifeline for rural economies and for delivery of medicines, because he wants to deprive Americans of their fundamental right to vote safely during the most catastrophic public health crisis in over 100 years — a crisis so devastatingly worsened by his own failed leadership that we are now the hardest hit country in the world by the coronavirus pandemic,” the campaign’s rapid response director, Andrew Bates, said in a statement.

Mail-in voting will be more prevalent in November, as voters try to avoid crowds during the pandemic. Some states are moving to universal mail-in ballots, while others are requiring voters to either opt in or report to polling sites.

With Trump trailing Biden in most nationwide polls, Democrats fear the president is using the Postal Service to help his re-election chances by suppressing the vote. Among their concerns is that the president appointed Louis DeJoy, a GOP megadonor and Trump ally, as postmaster general. Since taking over the agency in June, DeJoy has implemented sweeping changes — including cutting overtime, reducing sorting and processing hours, and freezing new hires — that have been blamed for slower mail deliveries.

On Wednesday, Senate and House Democrats wrote separate letters to DeJoy urging him not to issue new directives for handling election mail ahead of the November vote.

“The president’s family was all out in California urging absentee ballot during the special election in the spring, so this is, nonetheless, yet again, shall we say, another contradiction,” she told MSNBC.