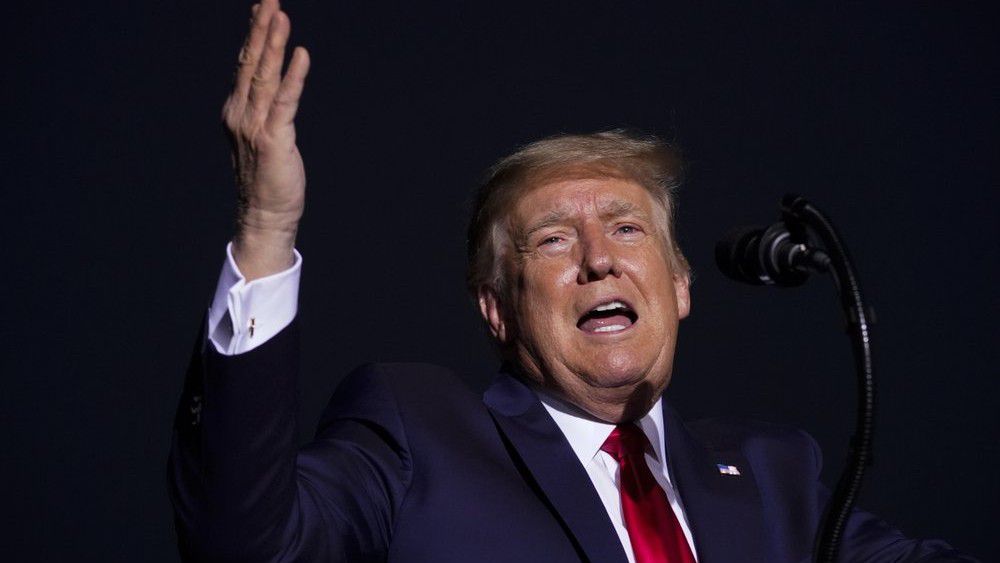 MINDEN, Nevada — Speaking in Minden, Nevada, on Saturday, President Donald Trump again suggested he is interested in pursuing a third term as president, it was first reported in Business Insider.

Trump stated he deserves a third term based on the treatment he’s received during his first term. Of course, Trump has yet to win a second term.

Trump suggested the same thing during an August rally in Wisconsin. How serious he’s being is debatable. In 2019 he stated on Meet the Press that he had been joking when discussing perusing a third term.

A third term would require a change to the Twenty-second Amendment to the Constitution, which states:

In the 1940 and 1944 presidential elections, President Franklin D. Roosevelt won third and fourth terms, which led to concerns about presidents serving unlimited terms.

Roosevelt died in 1945, and the Twenty-second Amendment was approved by Congress in 1947 and ratified in 1951.