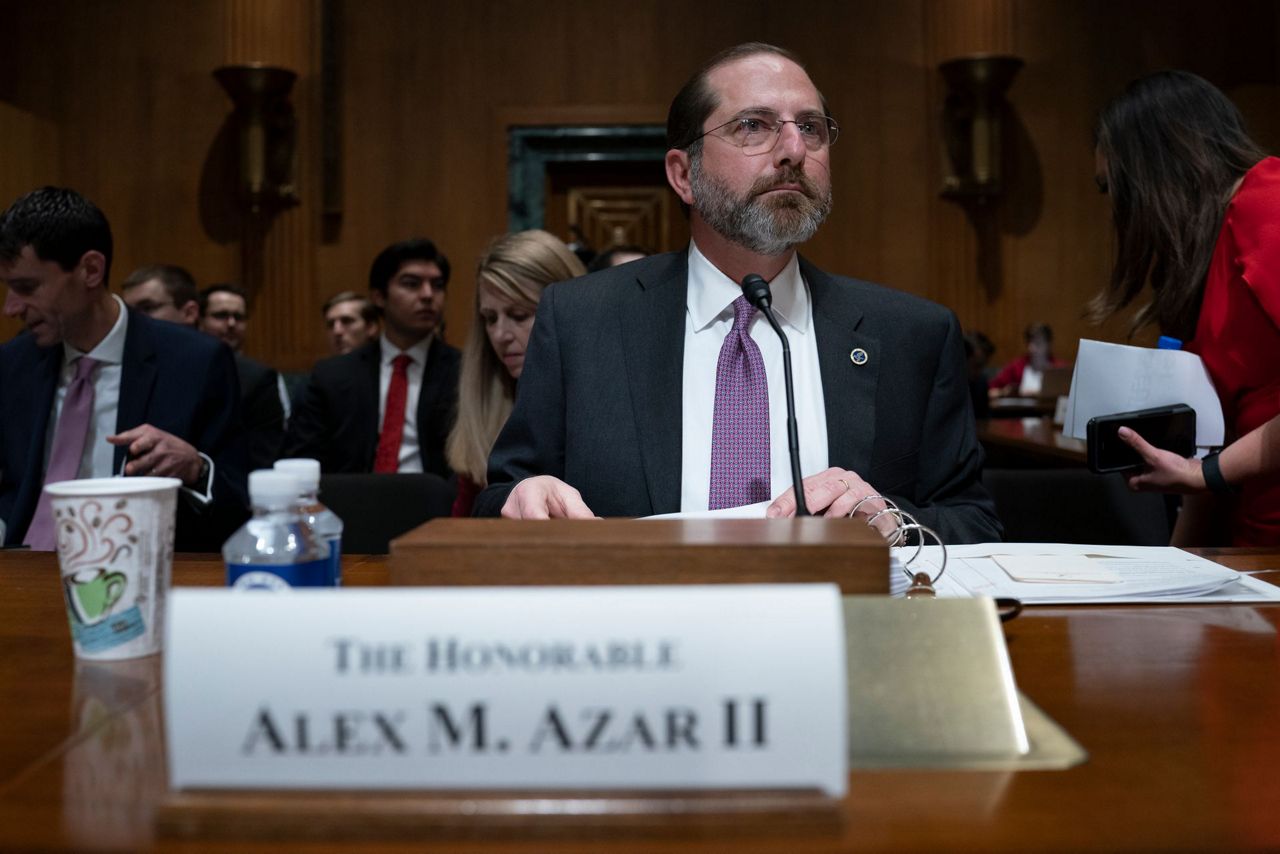 WASHINGTON (AP) — The Trump administration scrambled Friday to broaden testing for the coronavirus with a flurry of new measures, and public confusion persisted over who should be tested and how to get checked for the disease.

Declaring a national emergency, President Donald Trump and senior staffers laid out a new testing strategy designed to screen hundreds of thousands of Americans at drive-thru centers based around major retail chains.

Countries including South Korea and Germany have been using that approach for weeks, allowing people to quickly provide a throat or nasal swab for testing without leaving their cars.

“We want to make sure that those who need a test can get a test very safely, quickly and conveniently,” Trump said at a news conference in the Rose Garden. But he added that the test is not intended for everyone, such as those without symptoms.

The moves come a day after one of the government’s top health officials called the initial testing effort “a failing” and health care professionals, politicians and patients across the country complained about lack of access to testing.

Vice President Mike Pence, who is the leading the coronavirus task force, said the U.S. can currently test 15,000 to 20,000 patients per day, but added that the number would increase “very soon.”

Health officials said Friday that a new website “facilitated” by Google would guide users through a series of questions to determine whether they should be screened. If testing is recommended, users would be directed to a local testing location, which could include parking lots at Walmart, Target, Walgreen’s and other major chains. People will be able to log on to the screening website later to view test results, according to the administration.

The website could be ready by Sunday night, officials said, and results could be turned around in 24 to 36 hours.

Verily, a company under Google, confirmed that it is working to “help triage” people for screening. But the company offered no details about what the tool would look like or when it would launch.

The administration’s coordinator for the virus response acknowledged growing scrutiny of the government’s testing effort.

“I understand a lot of this behind-the-scenes action over the last couple of weeks was invisible to the press and the American people,” said Dr. Deborah Birx, a government researcher and health official.

For weeks, public health experts have warned that the U.S. testing effort is being stymied by the limited number of labs running the COVID-19 tests and confusion among health care workers over who can be tested.

The Centers for Disease Control and Prevention tells people to seek testing if they have certain symptoms of the flu-like illness caused by the coronavirus – fever, cough and trouble breathing – and if they have traveled recently to a coronavirus outbreak area or have been in close contact with someone who’s been infected.

Ultimately, it’s up to the doctor to decide who should get tested.

In many states, health officials have parroted the CDC guidance when telling doctors who to test. But in some states, officials have varied a bit, depending on a range of factors, including availability of tests and whether the virus is known to be spreading there.

A New York man said he ran into hurdles trying to get tested after the death of a business associate who was infected with the coronavirus. Joseph Faraldo said he began feeling ill earlier this month and tested negative for the flu. He said he called the state health department and “they were useless,” and then the city health department failed to call him back as promised.

His doctor sent him to a clinic where he was tested Wednesday. He expects results Friday.

“I think I was pretty lucky, they told me come on in,” Faraldo said.

The CDC also tells doctors to give priority to the elderly or those who have health conditions that make them more vulnerable to COVID-19, which can cause pneumonia. Doctors are supposed to prioritize medical workers or others who have been in contact with a confirmed case.

The agency recommends people be tested for flu, to rule that out, because many of the symptoms are similar and it is flu season.

Meanwhile, some researchers are trying to estimate how many Americans are actually infected.

Earlier research suggests that for every documented, confirmed case, seven or more people are infected but not diagnosed, said Jeffrey Shaman, a Columbia University scientist noted for his work on flu predictions.

That suggests there could be 14,000 or more infected people in the United States right now, he said.

For most people, the new coronavirus causes only mild or moderate symptoms, such as fever and cough. The vast majority of people recover from COVID-19 in a couple of weeks.

The U.S. testing effort has been hobbled by a series of delays, including flaws with the testing kits first distributed by the federal government and bureaucratic hurdles that held up testing by private labs at hospitals, universities and testing chains.

Public health labs across the country are now running the tests, and large commercial labs like LabCorp and Quest are ramping up too. Broad-scale testing is a critical part of tracking and containing viral outbreaks.

Responding to complaints, the Trump administration named a testing “czar” at the Department of Health and Human Services. Brett Giroir, assistant secretary for health, will be responsible for coordinating between the CDC and the Food and Drug Administration, as well as private labs and state and local government.

Medicare also announced it will pay about $36 for the CDC coronavirus test and around $51 for tests from other providers. Private insurers have said they would cover the tests.

The approval is expected to help U.S. labs dramatically increase their testing capacity, although Roche’s system is mainly available at large health facilities. Roche said the test takes about 3 1/2 hours to run and can deliver as many as 4,000 results per day.

Currently most U.S. labs are testing using a manual method that involves mixing chemicals and processing small batches. Testing times vary by lab and can range from four to eight hours.

Separately, the FDA posted on Twitter that labs having problems getting supplies for collecting patient samples for testing should call the agency’s toll-free information hotline.

“The demand is very high,” said Dr. Bobbi Pritt, a pathologist and lab director at the Mayo Clinic in Rochester, Minnesota. “There are going to be shortages at first before we can really ramp this up.”

Hospitals and other health systems will have to prioritize testing for patients who truly need it, versus those who may be worried but don’t have symptoms, Pritt said.

The Associated Press receives support for health and science coverage from the Howard Hughes Medical Institute’s Department of Science Education. The AP is solely responsible for all content.

Copyright 2020 The Associated Press. All rights reserved. This material may not be published, broadcast, rewritten or redistributed without permission.