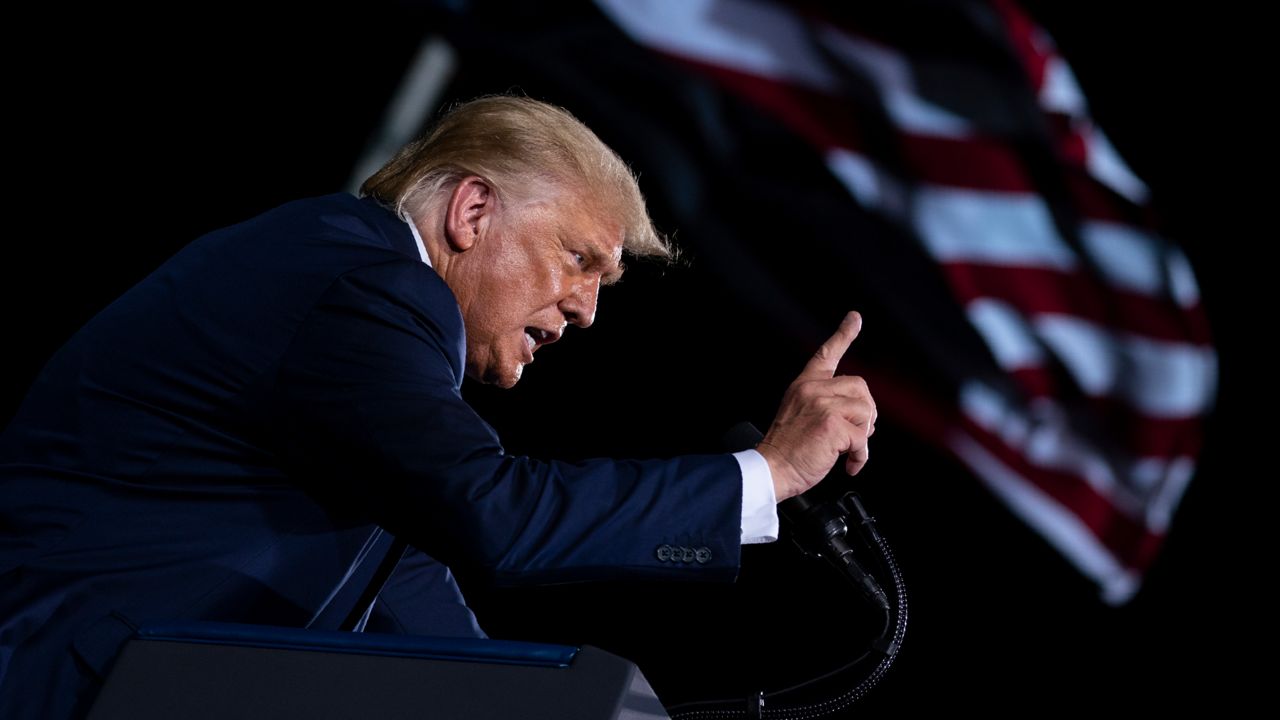 ORLANDO, Fla. — President Donald Trump will be in Central Florida this week for a “Make America Great Again” rally, his campaign announced Sunday.

Trump will speak to supporters at an event Friday at Orlando Sanford International Airport, the campaign said.

No other details were released.

The visit to Sanford will be the president’s second stop in Florida in two weeks; he spoke at a campaign rally just last week in Jacksonville. The battleground state of Florida and its 29 electoral college votes are crucial to Trump’s re-election chances. The I-4 corridor in particular is a battleground within the battleground.