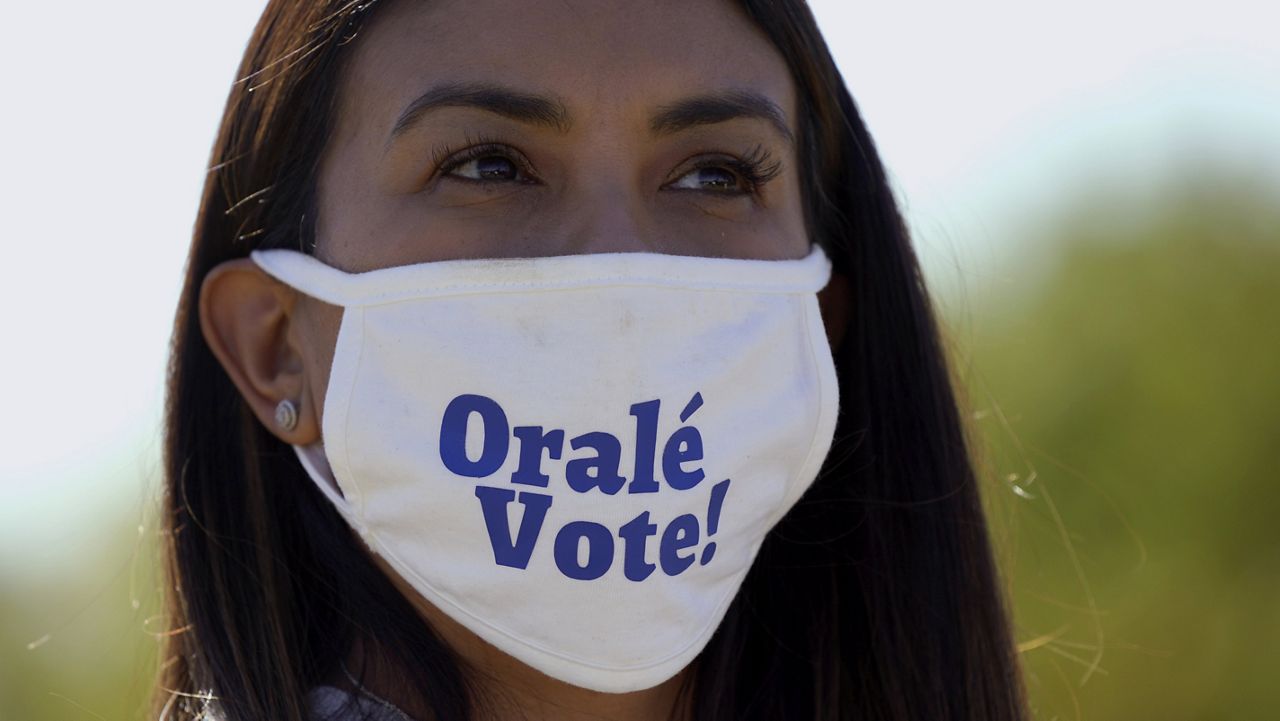 With days until the election, both President Trump and Democratic nominee Joe Biden are making last-minute appeals to Latino voters, hoping to garner support from the country’s largest minority voting group.

This year, more than 32 million Latinos are eligible to vote, according to Pew Research Center. Biden has more Latino support nationwide, with 63 percent of registered voters saying they’re likely to vote for him and 29 percent leaning toward President Trump, according to a Pew Research poll.

“Latino voters are the largest, most rapidly-growing demographic in the American electorate,” said Eric Hershberg, Director of the Center for Latin American and Latino Studies at American University.

“In recent years, the Latino vote has broken overall heavily Democratic. Trump did very poorly among Latinos in 2016, [but] he’s actually polling slightly better in some places, particularly among Latino males without college degrees.”

On Thursday, the Trump campaign released a series of ads in Spanish, which are set to run in Nevada, Arizona and Florida. The ads focus on the concept of the American Dream, with one saying, “Like President Trump, we are going to win this war against the coronavirus and continue fighting for our people.”

Also on Thursday, an ad from presidential nominee Joe Biden’s campaign pledged a task force to reunite more than 500 immigrant children who remain separated from their families.

The ad, titled “Separated,” features a promise that Biden “will issue an executive order creating a federal task force to reunite these children with their parents” on his first day in office.

Biden could get a boost from Latino voters in Texas, which the Cook Political Report labeled a “toss up” this week. He’s favored 57 to 34 percent among Latinos in the state, according to a recent New York Times/Siena College poll.

“If there is a substantial increase in Latino turnout, it is very good news for Joe Biden,” Hershberg said.

The Latino vote in Florida is more politically diverse, where Cuban American and Venezuelan American populations tend to lean conservative.

On the campaign trail in Arizona this week, President Trump also announced a new White House initiative called the American Dream Plan, aimed at benefiting the Hispanic community. The plan includes promises to add 500,000 Hispanic-owned businesses to the economy and create educational opportunities for Hispanic students.

“This president has had Hispanic voices from across the country at the table,” Jennifer Sevilla Korn, Deputy Assistant to the President, told Spectrum News. “I think it’s important for America to know that they do have a voice at the table and this plan is just part of that voice.”

When asked whether the announcement of the plan purposely coincided with the last days of the election, Sevilla Korn said it’s been in the works for many months.

“This plan is a continuation of everything that we’ve done within the Hispanic community,” she said. It also includes a pledge to “resolve” and replace Deferred Action For Childhood Arrivals (DACA), a promise President Trump has made since the beginning of his first term.

But the last-minute push for Latino support may be too late.

“The effort of the Trump campaign is first to say that the Trump administration offers prosperity,” Hershberg said. “I don’t think that’s going to sell to a Latino population that has been as affected by the virus as any segment of our population.”

Biden has also been criticized for developing a strategy to reach Latino voters late in the campaign.

“[But] he’s pulled together a very strong team,” Hershberg added. “My sense is it is a segment of the electorate that they have taken seriously.”