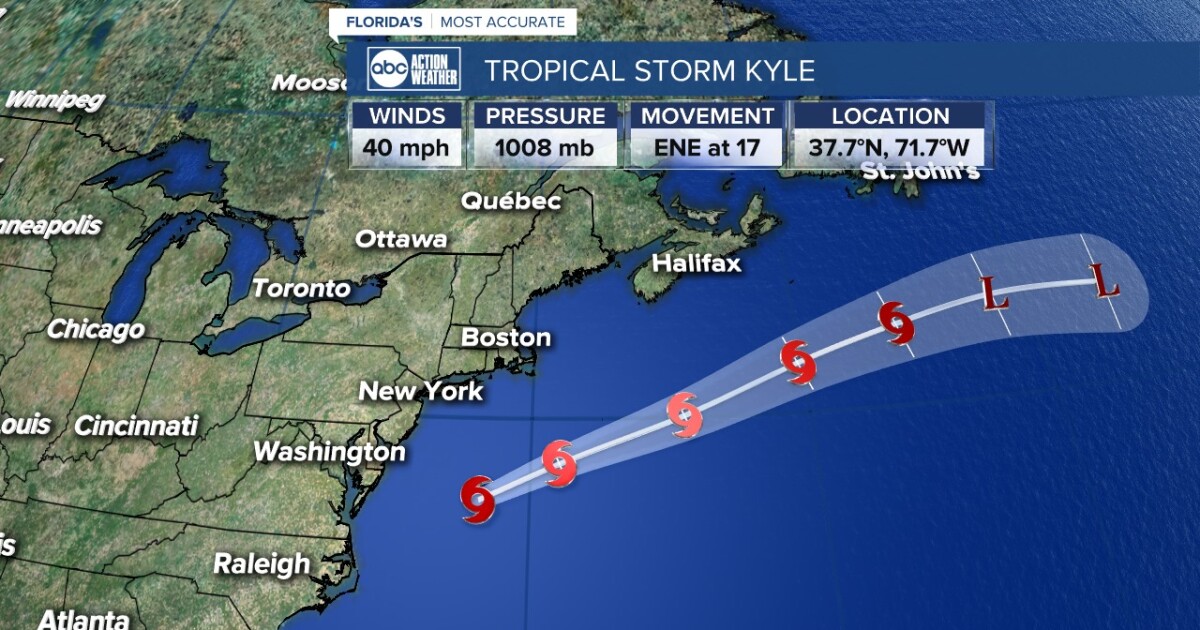 Tropical Storm Kyle has formed over the western Atlantic Ocean, according to the National Hurricane Center. The storm poses no threat to Florida.

According to a 5 p.m. update, Tropical Storm Kyle is forecast to quickly move away from land during the next few days.

The center of Tropical Storm Kyle is located near latitude 37.7 North, longitude 71.7 West.

Kyle is moving toward the east-northeast near 17 mph and has maximum sustained winds near 40 mph with higher gusts.

Kyle is forecast to become post-tropical by late Sunday or early Monday.

Tropical-storm-force winds extend outward up to 80 miles from the center.

This is the earliest a “K” named storm has ever formed. The record had previously been held with Katrina in 2005 when it developed on Aug 24.