A cluster of showers and thunderstorms east of the Carolinas remains a tropical depression Tuesday morning.

Tropical Depression Fifteen will stay offshore as it moves to the northeast at 13 mph. There’s a chance it could organize further into a tropical storm today, but those odds appear low at this time.

The depression is more than 100 miles east of Cape Hatteras, North Carolina. The main impact to land is swells causing dangerous rip currents in the Outer Banks of North Carolina.

If it does become a tropical storm, the next name on the list is Nana. 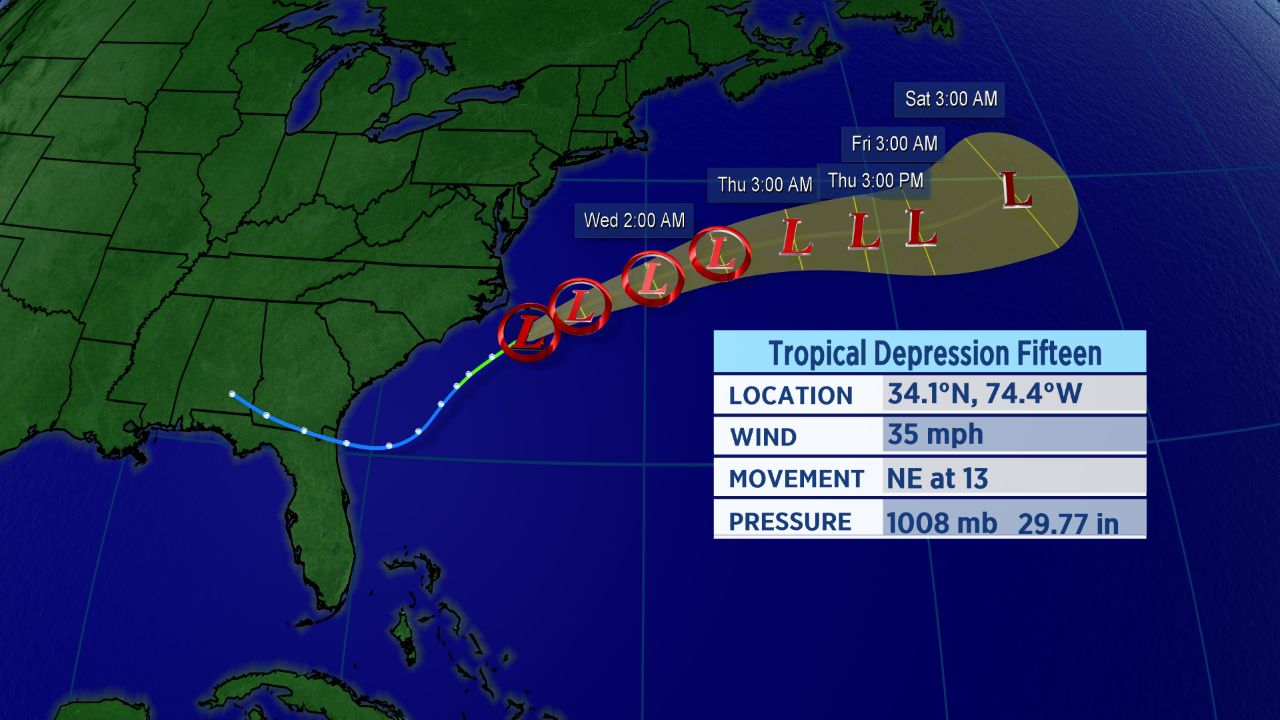 Stronger wind shear has developed and will continue to get stronger, which should dissipate the system as it heads out to sea.

Two other tropical waves in the Atlantic are being monitored. One continues to move west across the Caribbean Sea and will bring gusty wind and locally heavy rain to Jamaica today. It’s moving toward Central America. A second tropical wave is still over far western Africa and is forecast to move into the Atlantic within the next couple of days.

The tropical wave that had been moving over the open Atlantic between the Lesser Antilles and the Cabo Verde Islands has fallen apart.

The average peak of the hurricane season is approaching and tropical systems can develop just about anywhere in the Atlantic basin this time of year. In the first ten days of September, they have formed anywhere from the Gulf of Mexico to off the coast of Africa and everywhere in between. This is also the time of year when some of the strongest hurricanes happen.