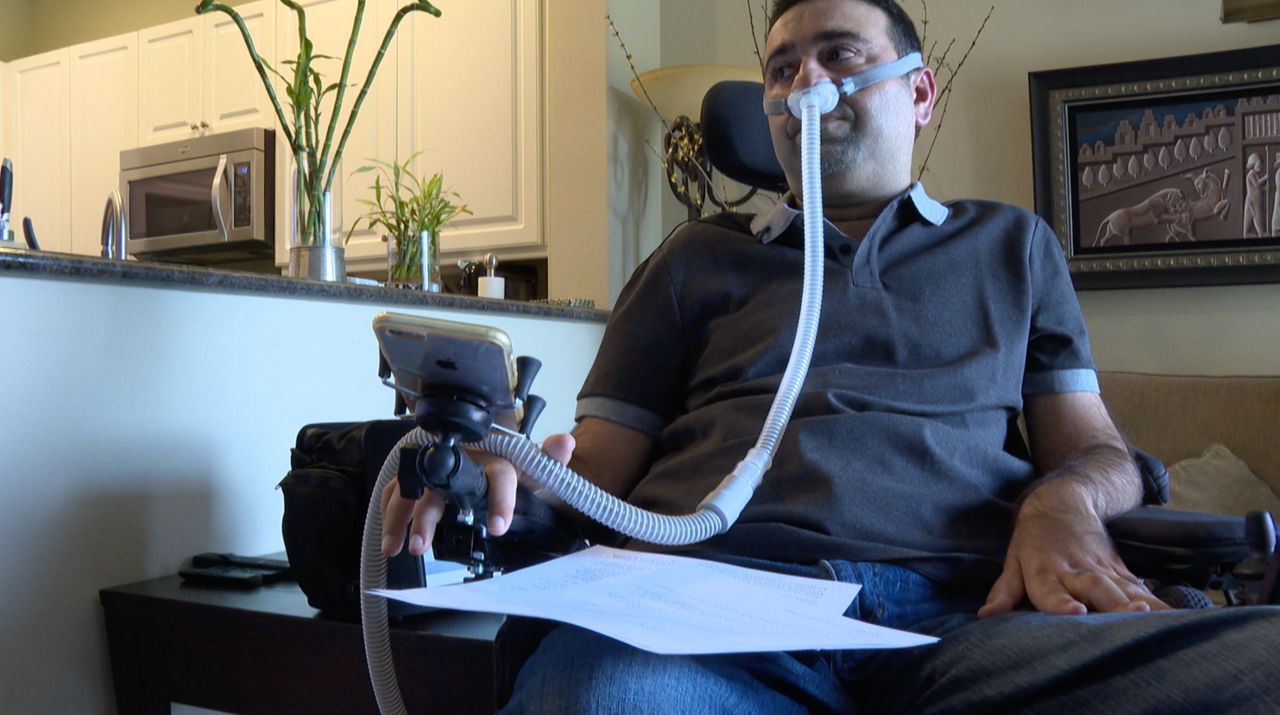 TAMPA, Fla. — Remember the ice bucket challenge? The President and CEO of the ALS Association’s Florida Chapter says the social media phenomenon is having a real world impact.

Ray Carson said funds raised through the challenge, which involves people getting doused with frigid water to raise awareness of ALS and encourage donations towards research, helped fund a study into a new treatment that investigators said is the first in years to show promise.

“It taught us that those $5, $10, $15 donations make a huge difference in a fight against a disease like this,” Carson said.

The treatment known as AMX0035 was developed by pharmaceutical company Amylyx.

“It’s pretty exciting, considering the history of failed experiments with ALS. This is only the third one to actually show any promise,” said Dr. Tuan Vu, director of the University of South Florida Health’s ALS Clinic and a professor of neurology.

According to USF Health, amyotrophic lateral sclerosis, or ALS, is a fatal neurodegenerative disorder that leads to loss of muscle function, the ability to move and speak, and eventual death.

USF Health was one of 25 medical centers nationwide to take part in Phase 2 clinical trials of the drug. Vu was one of the coinvestigators. Results published last week in the New England Journal of Medicine showed patients who received AMX0035 saw a slower decline in function than those who received a placebo.

An online petition started by the ALS Association is calling on the FDA to make the drug available ahead of Phase 3 clinical trials.

“Our scientists have looked at the Phase 2 clinical trial results. They were very impressed with the way it was set up,” said Carson.

According to USF, this is the first investigational therapy to show a statistically significant benefit to patients since edaravone was approved by the FDA in 2017. The only other commercially available drug to treat ALS is riluzole, which was approved 25 years ago.

Carson said with an average life expectancy of two-to-five years, some ALS patients don’t have time to wait.

0 0 0 0
Previous : Justice For All: New Program Aims To Lower Juvenile Offender Numbers
Next : Hernando County Residents to Vote on School Referendum in November