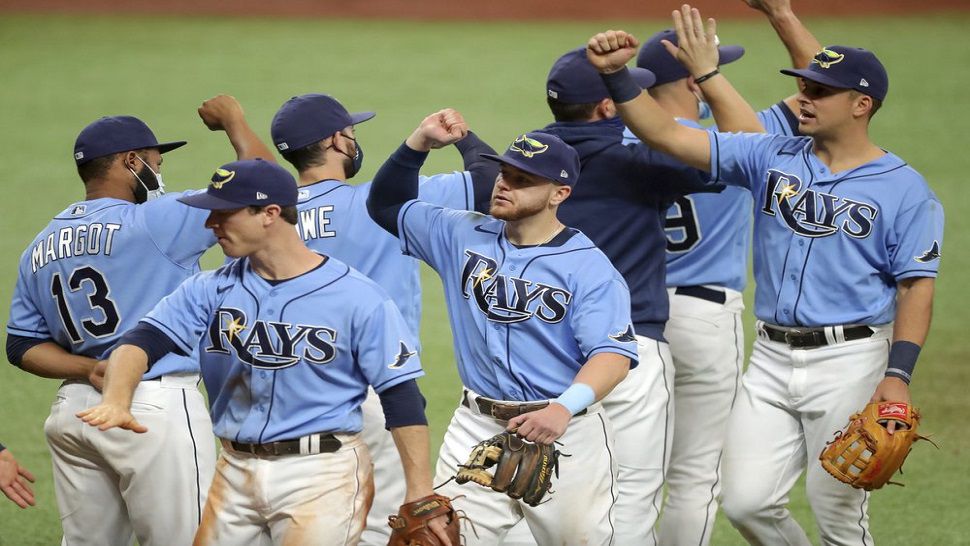 ST. PETERSBURG, Fla. — When the Tampa Bay Rays and Toronto Blue Jays opened the pandemic-delayed season a little over two months ago, there was little to indicate the AL East rivals might meet again to begin the playoffs.

While the Rays launched the truncated 60-game schedule with expectations of making a strong bid for their first division title in a decade, the Blue Jays generally were viewed as an immensely talented young team still years away from postseason contention.

Tampa Bay didn’t disappoint, shrugging off a slow start to go a league-best 40-20 and claim the No. 1 seed in the AL playoffs that begin Tuesday.

The Rays won six of 10 games between the teams during the regular season, but were outscored 48-44 and outhomered 17-11.

And while Toronto (32-28) lacks the playoff experience Tampa Bay gained last season when the Rays beat Oakland in the AL wild-card game before falling to Houston in the divisional round, the Blue Jays are building with exciting young players such as Cavan Biggio, Bo Bichette and Vladimir Guerrero Jr.

“They’ve got a lot of young guys who can ball over there,” Snell said. “It’s going to be fun to compete and see how we do.”

“We know we’re playing a real good team,” Kiermaier said. “It’s not going to be easy, regardless of what a team is seeded.”

Bichette said he and his teammates respect how good Tampa Bay is, but are not intimidated by facing the No. 1 seed.

“I think we’re confident in our ability against them. Our talent matches up well,” Bichette added. “We think if we play well we’ve got a good chance.”

The stands at Tropicana Field will be empty, leaving players to wonder what the atmosphere will be like for the playoffs.

Tampa Bay routinely rank at or near the bottom of the majors in attendance, but usually pack the stands in the domed stadium during the postseason.

“It will be different,” Bichette said. “Normally when you think of your first postseason you think 40,000, you think about not being able to think it’s so loud, stuff like that.”

The Blue Jays open the playoffs near where they hold spring training in Dunedin, Florida. It’s been a winding road for Toronto, which played its home games in Buffalo, New York, at the site of its Triple-A affiliate after the Canadian government barred the Blue Jays from hosting games at their own stadium because of coronavirus concerns.

Tampa Bay’s five-game loss to Houston in last year’s divisional round was a source of motivation during the regular season.

“It definitely lit a fire under everybody. It really showed us we belong. … We gave them a tough series,” second baseman Brandon Lowe said.

“We won the wild-card game. We belong in the postseason. I think that did a lot for us to understand that we should be in the postseason and we can go a lot farther. We know what to expect this time around. I think everyone in our clubhouse expects to be playing until the end of October,” he said.

Tampa Bay manager Kevin Cash has the Rays in the playoffs for the second time. His close friend and former Rays third base and bench coach Charlie Montoyo is in his second year as manager of the Blue Jays, who last made the playoffs in 2016.

“Pretty special,” Cash said of his relationship with Montoyo.

“I really learned a lot from him being around him. The way he carried himself. His hand print is throughout this organization,” Cash added. “A pretty big impact and a positive one. … When they clinched I talked to him, we face-timed at 1:30 in the morning. I’m so happy for him.”