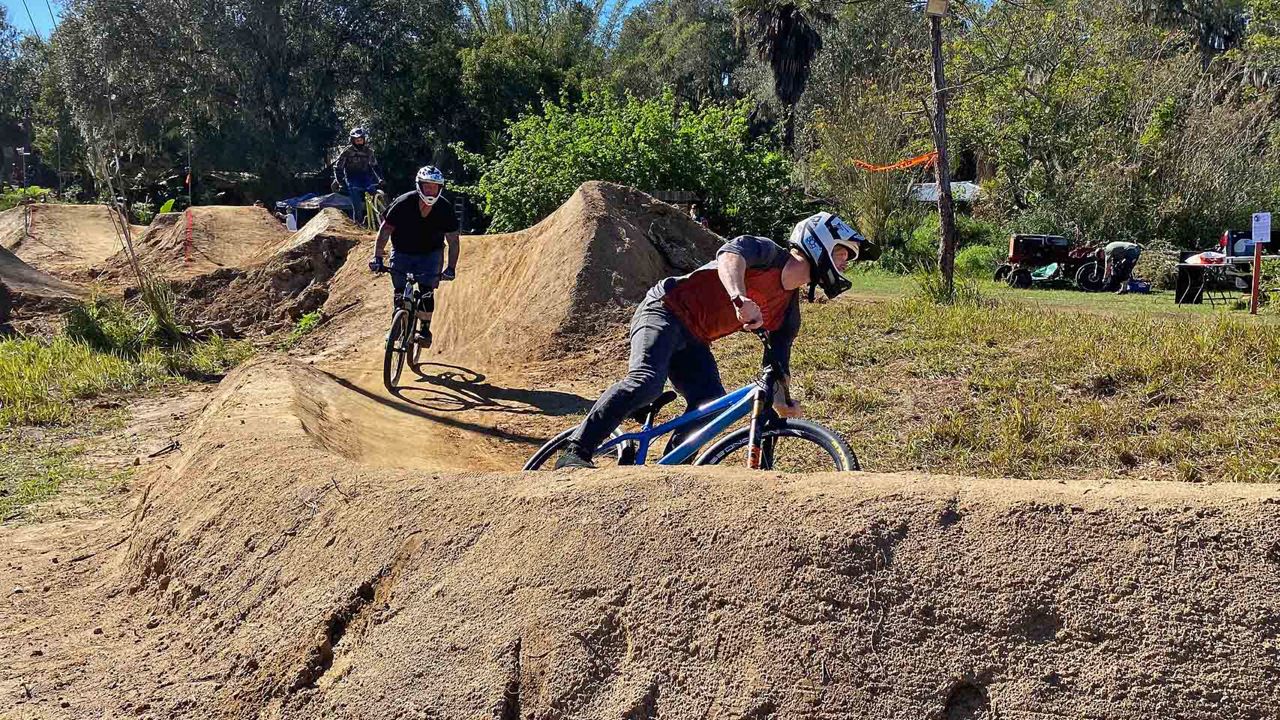 TAMPA, Fla. — One of the top downhill mountain bikers in the country is trying to grow the sport in Florida.

Dustin Mason, 35, of Lakeland, has been a professional downhill mountain biker for six years.

“The circuit that I race I place in the top 10 in pro. Across the country, I’m in the top 50 I would assume,” said Dustin Mason.

He’s been hosting “Jump Jams” at a mountain biking compound and friends built near Lithia. They call the venue “Spanky’s Flying Circus,” named after the dog that lives on the property.

The public is allowed to use the facility as long as they sign a waiver. It’s run by volunteers and funded through donations.

“The goal is just to create a place that people can come and progress in their mountain biking, especially in their freestyle skills here,” Mason said.

Mason hopes events like these will make the sport more popular in Central Florida.

“What they’re doing out here for the Florida Mountain bike scene it’s crazy.  There’s nothing like this really around here and they let people come out from all over and have fun,” said Kevin Urbany.

But the sport isn’t for everyone. Helmets are required and Mason admits, even as a professional he’s gotten hurt plenty of times.

“Too many to count… from Separated shoulders to shattered knee caps, shattered elbows — all kinds of injuries,” Mason said.

He said he continues to ride because he loves it.

“It’s just such a fun feeling flying through the air, racing down the mountain. It’s an adrenaline rush that nothing else gives me,” Mason said.

Mason is also a mountain biking coach at LeRoy’s Bikeworks in Lakeland.

The next jump jam hasn’t been scheduled, but Mason encouraged people to follow the “Spanky’s Flying Circus PP” Facebook page to learn about upcoming events.

0 0 0 0
Previous : Weather Blog: How Does Frost Form, Even When Temps are Above Freezing?
Next : Prime Minister of Greece Visits Tampa Bay Area for Epiphany