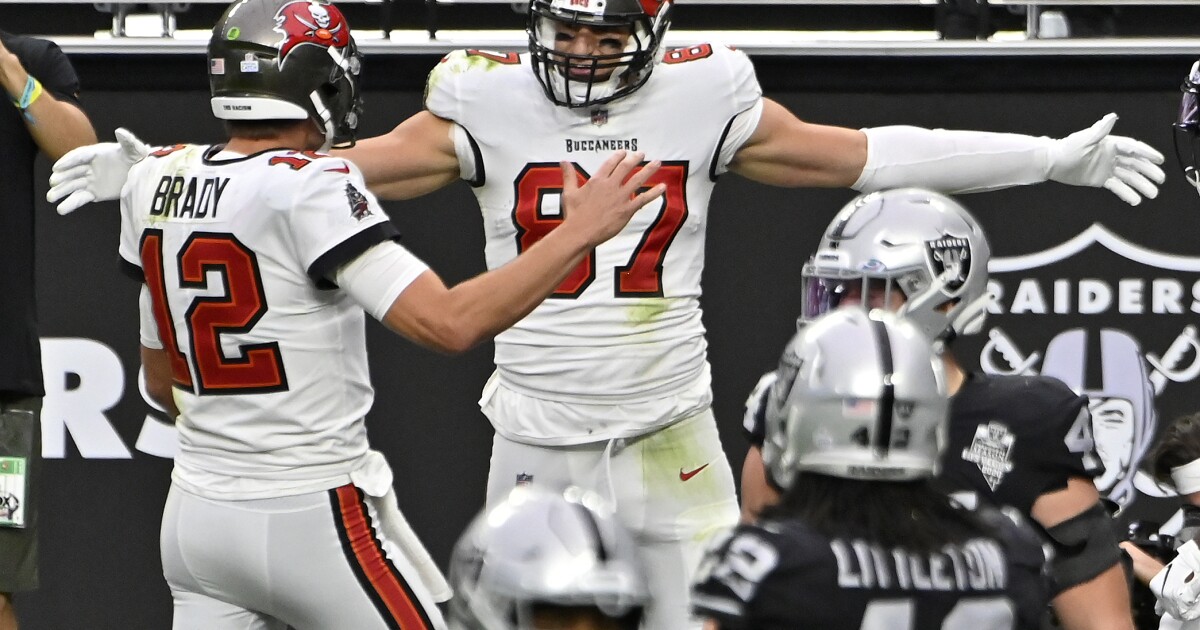 Tom Brady threw four touchdown passes to move past Drew Brees for the most in NFL history and ran for another to lead the Tampa Bay Buccaneers to a 45-20 win over the Las Vegas Raiders.

Brady connected with Rob Gronkowski in the second quarter and on a perfectly placed 33-yarder to Scotty Miller later in the first half. He then added two more in the fourth quarter, including the

559th of his career to move past Brees for the most ever. The Raiders were unable to build on a big win over Kansas City before the bye.

0 0 0 0
Previous : Brother of Rays Pitcher Tyler Glasnow finally gets to see him play this season
Next : Tropical Storm Zeta to Head North, Yucatán Under Hurricane Warning