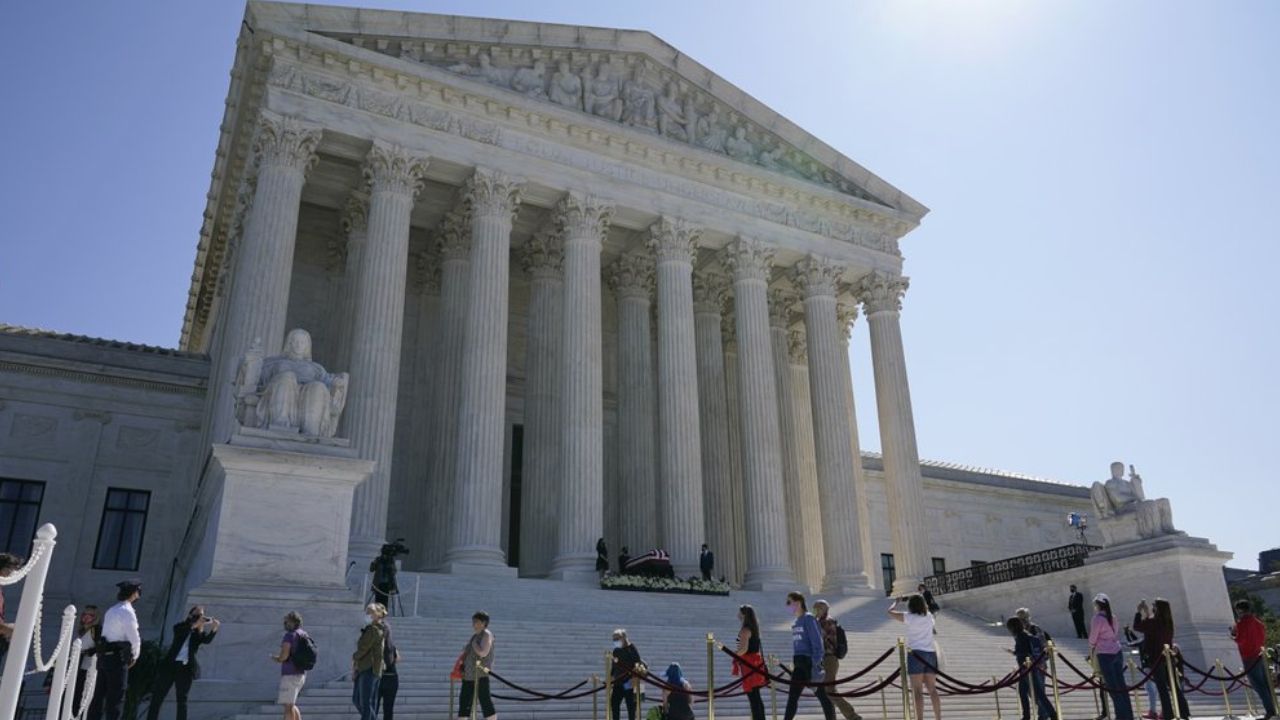 There’s a vacancy on the bench and a prohibition on in-person arguments, but the Supreme Court’s new term will still begin as scheduled on October 5.

And the list of cases includes a lawsuit over the future of the Affordable Care Act.

Texas v. California revisits the issue over whether Congress has the constitutional authority to regulate the insurance market.

In 2012, Chief Justice John Roberts joined the four liberal justices in saying it did because the individual mandate included a financial penalty, and Congress has the power to levy taxes.

But there’s been a big change since then.

“The question is if the tax penalty is zeroed out, which is what the Trump tax legislation did,” asks law professor Maya Manian, “then are there still constitutional grounds for upholding the Affordable Care Act?”

Manian says the stakes are high.

“It could provide an opportunity to simply say the whole law must be struck down and that would have huge implications on access to health care, especially while we are in the middle of a pandemic,” she added.

In addition to the individual mandate, the ACA also includes an expansion of Medicaid, coverage requirements for people with pre-existing conditions, and other measures to increase access to health insurance. But even if the justices agrees the tax law changes mean the 2012 decision is no longer relevant, they could also issue a narrower ruling, throwing out part of the law but allowing the rest to stand.

Arguments in the case are set for November 10, but what is not clear yet is whether the seat left vacant by the death of Justice Ruth Bader Ginsburg will be filled before then.

President Donald Trump wants his nominee Amy Coney Barrett confirmed as soon as possible, which could tip the balance of the court.

“She does have some writings where she was critical of Chief Justice Roberts decision to uphold the Affordable Care Act,” says Manian.

Democrats have zeroed in on the future of the Affordable Care Act, which is colloquially referred to as “Obamacare,” in their opposition to Barrett’s nomination.

Speaking the day after she was nominated, Democratic presidential candidate Joe Biden said Barrett has a “written track record of disagreeing adamantly with the Supreme Court’s decisions on two occasions upholding the ACA.”

The ACA has been challenged in the Supreme Court multiple times, and was prominently featured in two major cases: National Federation of Independent Business v. Sebelius (2012) and Burwell v. Hobby Lobby Stores, Inc. (2014).

There’s a political fight brewing over whether Barrett should be confirmed before the presidential election, in part because the court could get involved if there’s a dispute over the election results.

“Certainly President Trump is setting the setting the stage for that already by already claiming without evidence that absentee ballots and mailing ballots will be fraudulent, ” explains Manian.

Twenty years ago, the election did come down to a Supreme Court ruling Bush v Gore.  Five justices ruled that Florida should stop its recount, and since George W. Bush was ahead at the time, he won Florida’s electoral votes and, ultimately, the presidency.

The Supreme Court can hear arguments and issues rulings without nine justices present, but the nation’s highest court also has the option to re-hear arguments once the vacancy is filled as long no decision has been issued.

The deadline for those decisions is the end of the term in June.