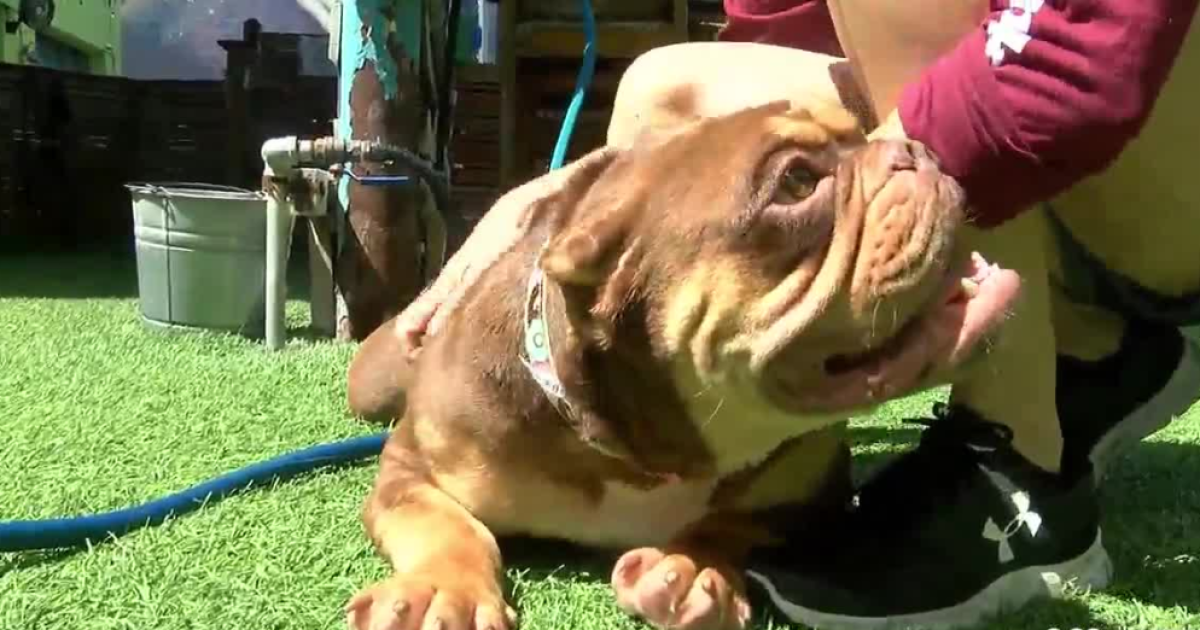 ST. PETERSBURG, Fla. — This Sunday, The Dog Bar in St. Pete plans to give more than 60 baths and nail clippings to furry friends across the community.

It’s a fundraiser to support one of their most loved customers, an English Bulldog named Ginger.

“She goes up to every single person, and stops them in their tracks, and says, ‘you have to pay attention to me,’” said Madison Sheriff, Ginger’s owner.

She has come a long way in the past few months, when she was found abandoned in a parking lot unable to move her hind legs.

“We can assume that she was a breeder dog and unfortunately is used to breed again and was dumped when they realized they couldn’t make any money off her,” said Sheriff.

Sheriff and Kyle Mower took one look at that wrinkled up face and decided to adopt Ginger into their home and into their hearts.

However, Ginger’s overall health remains in jeopardy. She has a cleft palate that needs surgery as soon as possible.

“She has that horrible cleft palate that can cause a lot of aspirated pneumonia and that’s going to be a chronic issue until we get that fixed,” said Sheriff.

The owners are looking at potentially thousands of dollars in medical bills, so the Dog Bar came up with a plan… a doggy bath fundraiser this Sunday, Sept. 27.

“Its a really good opportunity, all you have to do is scrub a dub a couple dogs and we’re hoping to pay for her next surgery, she probably has a few but we are going to do what we can do,” said Fred Metzler, owner of The Dog Bar.

The splashing all begins at 1 p.m. Baths will range between $7 and $15 per dog depending on the size, with all proceeds going back to Ginger.

“I know people love her and I know that this community in general is the biggest caring community for dogs, I know a lot of people are going to want to help,” said Sheriff.