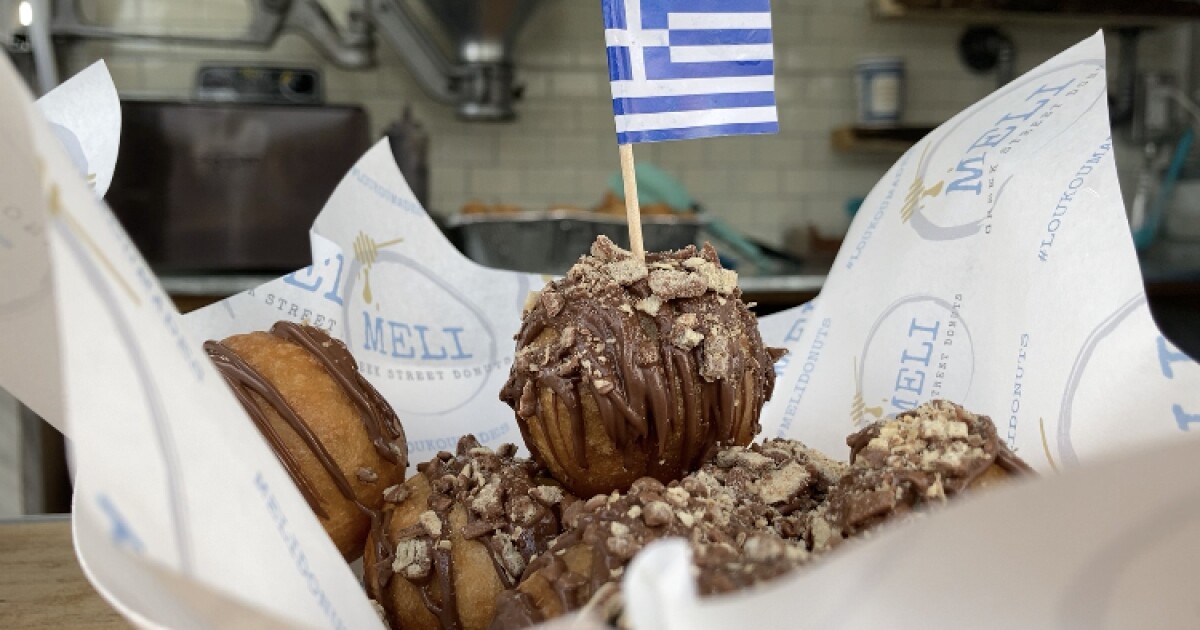 She delivers her decadent desserts in the coolest food truck you’ve ever seen.

“I didn’t want Meli to look like a normal food truck,” Manglis says of the converted horse trailer she beautified. “I wanted it to stick out. Be chic, be cool.”

The Meli mobile definitely catches the eye. But it’s the loukoumades (aka authentic Greek donuts) that do the most dazzling. Irene puts a modern spin on her great grandmother’s secret recipe.

There are the yia-yia’s, traditional honey and cinnamon treats, and also delicious little fried dough bombs covered in Nutella, Oreo dust and more.

Irene’s desserts are getting big buzz.

For Epiphany, both a popular restaurant and a private party requested her catering services.