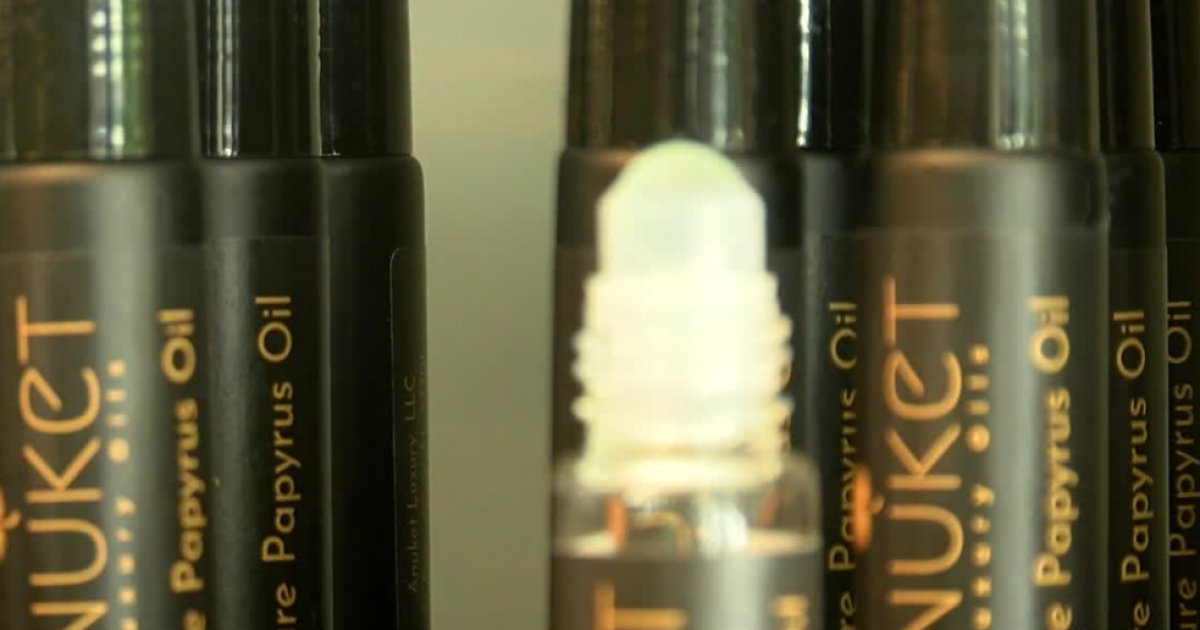 TAMPA, Fla. — There is a new Tampa business that is shipping in fragrances, unique to America, from overseas.

“I went back packing by myself for four months all around the world and I ended up in Egypt,” said Ashlee Dozier.

Dozier was looking to change her life, she didn’t realize it would happen at an Egyptian perfumery.

“The walls were just covered in huge bottles full of oils with Aerobic labels on them,” said Dozier.

She began wafting through all the different scents, but it was papyrus that she just had to bring home to Florida.

“I fell in love with the oil, started wearing it as a fragrance daily myself, and started getting questions all the time: where is it from? where can I get some,” said Dozier.

She soon realized that papyrus oil is challenging to find in the United States, which led her to start her own fragrance company, headquartered in the loft of her Tampa home, called Anuket Luxury Apothecary.

“The name comes from the Goddess of the Nile River because the papyrus is considered the gift of the Nile,” said Dozier.

After only a year in business Dozier is now selling six different oils, all shipped in from Egypt, then bottled and sold right here in Tampa, appealing to both women and men.

“I’m trying to create that demand because as it gets in front of people more and more and they realize how nice of a scent it is they keep on coming back so we have very loyal customers,” said Dozier.

She is also not afraid to change with the times, expanding the fragrance options beyond your skin to your entire home.

“A lot of them have the added benefit of being a very calming sense, so during this stressful time its nice to have something that makes it a little more easier in your own home,” said Dozier.

For more information go to www.anuketluxury.com.

0 0 0 0
Previous : Charter school in Palm Harbor to reopen early despite initial plans to shut down for 2 weeks due to COVID-19 case
Next : Bucs’ Barrett Returns to Denver to Face Former Team