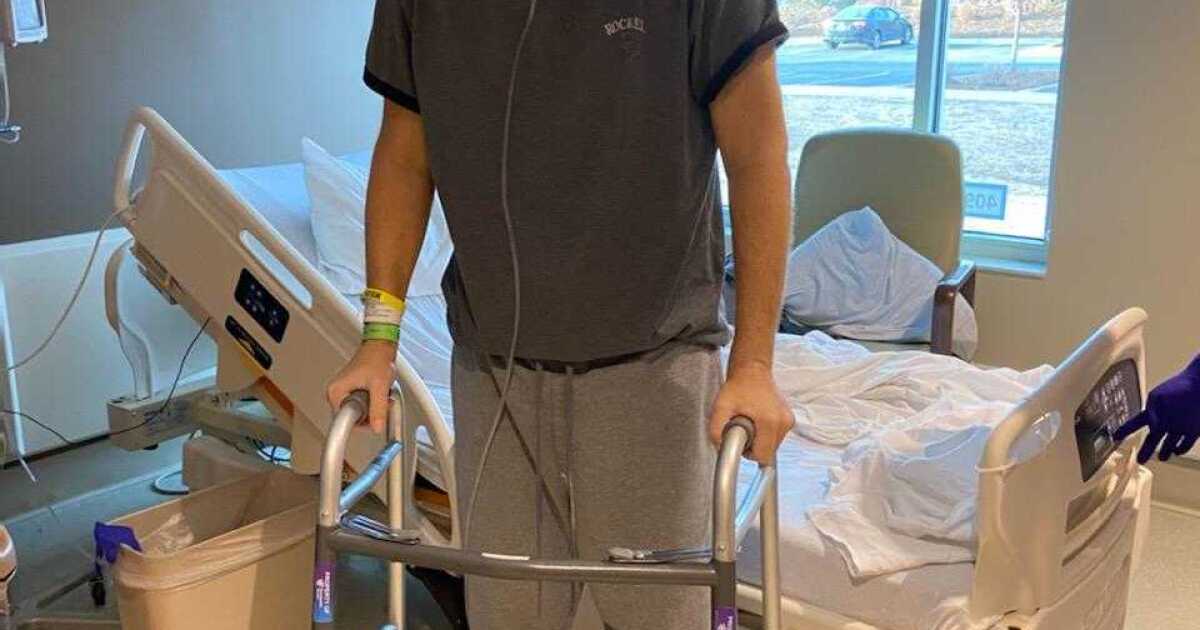 TAMPA, FLA.- — A Tampa native remains on oxygen after a three-month stay in the hospital battling COVID-19.

Jim Wilson, 49, contracted COVID-19 in October. He does not know where he caught the virus.

Wilson figured he would recover quickly. He said he never had health issues in the past.

“I thought just because I was young and healthy, it wouldn’t impact me much,” said Jim Wilson.

Wilson said he was hospitalized in October after having trouble breathing. He remained in a Colorado hospital for three months.

ABC Action News first shared Wilson’s story when his family spoke to us in November. Wilson was fighting for his life.

“It was sometime in December I was well enough to come off the life support and they started bringing me out of the coma. It was probably around Christmas time where I finally realized where I was at and what had happened.”

Wilson lost about 50 pounds in the hospital. He needed a ventilator.

For five weeks, he was on advanced life support called extracorporeal membrane oxygenation (ECMO). According to the Mayo Clinic, the machine pumps blood outside the body to a heart-lung machine that removes carbon dioxide and sends oxygen-filled blood back to tissues in the body.

“The goal was to give my lungs time to heal and during that time I had three heart surgeries. They had to go in and remove fluid from my heart,” said Wilson.

Wilson left the hospital in January after weeks of rehabilitation. He needs oxygen 24 hours a day.

“I am going to do what it takes to recover fully.”

Doctors expect his recovery to take 6 to 12 months.

“When I got out of the hospital, I couldn’t even sit up and I went from them getting me to sit up to standing with a walker and using a walker. I used a walker for a few weeks. When I got home, I still used the walker for about a week then I used a cane. Now as of this past week, I’m not even using a cane any longer so my mobility improved greatly.”

Wilson said he has been riding a stationary bicycle for exercise and taking walks when the weather is nice.

He is determined to regain his strength.

“Trying to get my life back together, back on track after everything that happened. I wouldn’t be here today if I wasn’t for my family, friends especially my family who went to bat for me. There was a period of time, I was under. I was unconscious and they really did a lot. They fought for me daily.”

“It has kind of been a surreal experience for me. It took me awhile to grasp what had happened, but I can tell you, I am grateful, I am alive, grateful for all the help I had.”