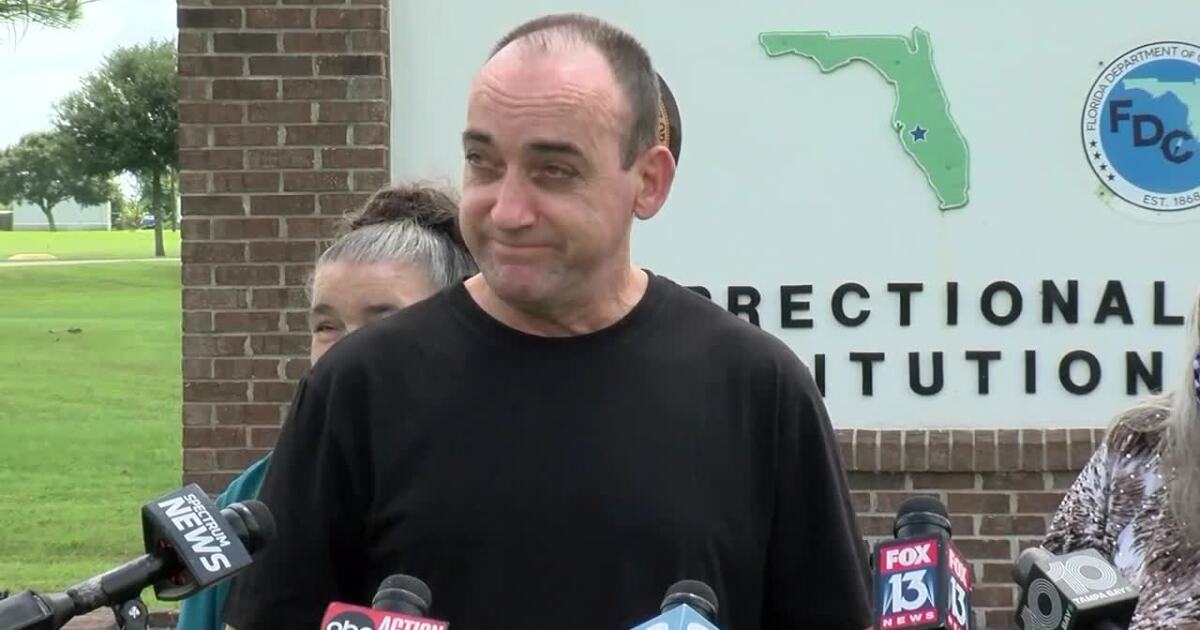 TAMPA, Fla. — A Tampa man has been fully exonerated after being wrongfully convicted and serving 37 years in prison for a murder and rape officials now say he did not commit.

Robert DuBoise, 55, walked free after an 11-month investigation by the Conviction Review Unit of the State Attorney’s Office, in collaboration with the Innocence Project, determined he was innocent. He was released from prison last month.

The first thing DuBoise said he did was hug his mom, Myra, and sister, Harriett. Both women say they never gave up hope.

Susan Friedman, an attorney with the Innocence Project, said the motion of release being granted is like “waking up from a nightmare” for DuBoise.

WATCH THE FULL PRESS CONFERENCE OF DUBOISE SPEAKING AFTER BEING RELEASED BELOW:

Tampa man walks free after 37 years in prison for murder

“Obviously this is a moment that he and his family have been waiting for, for almost 37 years,” Friedman said. “He said this is like waking up from a nightmare. His family has repeatedly told me that this has been a 37-year long nightmare for them as well.”

He admits he was weary that anything would happen in the case since there have been a lot of let-downs in the past. He said parole hearings were especially hard.

That Decemeber night, two years ago, is when he says the letter from Friedman showed up telling him the Innocence Project was taking on his case.

“It’s a great day for justice. Wrongful convictions are contrary to the very fiber of our system. They punish the innocent while allowing the actual perpetrator to go free,” State Attorney Andrew Warren said. “They erode confidence and trust in our system because, when you have a wrongful conviction, it means that we failed to do the most fundamental thing we’re supposed to do. Which is to find the truth.”

During a press conference following the hearing, Warren spoke of the outcome and providing the truth to the community and the victim’s family.

“I’m proud that we were able to play a role in freeing an innocent man,” Warren said. “I’m comforted by knowing that we’ve provided the truth now to this community, and especially to the victim’s family who were given false closure based on a false story all these years.”

DuBoise at one point was sentenced to death — that was changed to life in prison. When asked if he thinks people should receive the death penalty, he said, “It’s easy to look at something and say somebody’s got a death sentence because you don’t know the person, you only know the negative part of that person, what you’ve seen on the news and whatever. I happen to get acquainted with some of the guys, just to see them get executed. I didn’t feel very good about that.”

DuBoise says he’s excited to learn how to use a smartphone, computer, and eat a vegetarian burger since he doesn’t eat meat.

He also says he plans to get a job doing work like AC, plumbing and electrical.

0 0 0 0
Previous : Sally Gradually Strengthens Ahead of Landfall; 5 Named Storms Happening in Atlantic At Once
Next : Multiple arrests made in I-4 shooting that killed 17-year-old in Hillsborough County