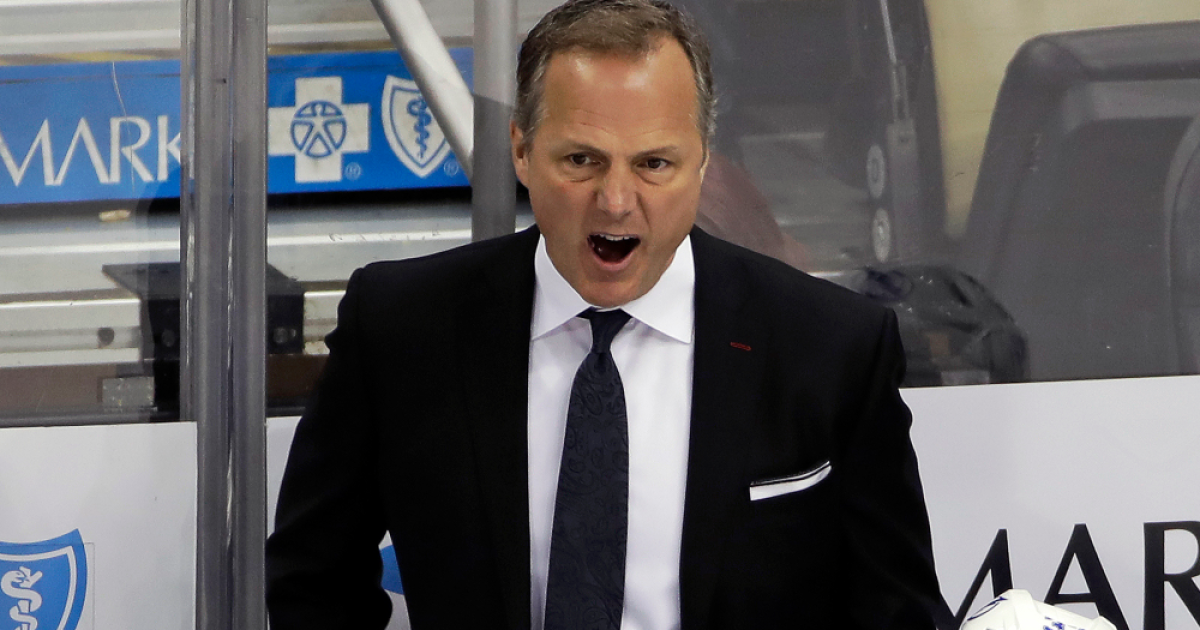 EDMONTON, Alberta (AP) — After a very un-Dallas Stars-like first overtime period in which they sat back and let the Tampa Bay Lightning take it to them, players and coaches in the locker room had a very distinct message.

“We’ve got to play to win, let’s go at them, let’s get back on our toes and get skating again,” coach Rick Bowness said. “We found our legs. We found our second wind.”

And it’s their second win of the Stanley Cup Final to force a Game 6 Monday night that these teams see very differently. The plucky Stars are embracing the underdog role missing several key players to injury and feel as if they’re playing with house money, while the deep, talented Lightning still feel like the favorites up 3-2 in the series and are confident based on recent experience they’ll be able to close the series out in their next opportunity.

Dallas was doubted against Calgary, Colorado and Vegas, and the injuries still make it an uphill climb to beat Tampa Bay two more times in a row. Shots are 175-136 in favor of the Lightning and goaltender Anton Khudobin has had to come up big in his team’s two wins this series, but being counted out is just how the Stars like it.

“Every person really this whole time we’ve been in the bubble seeming to choose the other team we’re playing — we relish that,” said center Tyler Seguin, who has five points in the past two games after a five-game drought. “We believe in each other. We’ve got a confident group, and we don’t want to leave the bubble, so we’re having fun.”

That’s what made the first OT so troubling for the Stars, who put the Lightning on their heels to take Game 1. Suddenly, the same team that buzzed and attacked until Joe Pavelski tied it in the third period Saturday night was playing not to lose when one goal against would end the season.

The attacking mentality returned, leading to Corey Perry’s goal in double overtime, and the Stars get one more shot to prove they belong here. Of course, they’re taking an us-against-the world outside the bubble approach.

“We just battle,” said Perry, who along with Pavelski has three goals in two games. “It doesn’t matter. We believe in that dressing room. We came here with 51 people, and all of those guys in that dressing room believe that we could go out and get this done. That’s all that really matters.”

All that matters to the Lightning is they’re still in control of the series. Only they can win the Cup on Monday night, and they believe playing the same way as Game 5 will be enough to finish this off and celebrate.

“That’s what playoffs are about,” forward Yanni Gourde said Sunday. “You’re not going to win every elimination game. You just got to go out there and play our best, try to win that particular game and go from there.”

They’ll have to do it without injured captain Steven Stamkos, who’s out for the rest of the series. Coach Jon Cooper and Stamkos made that determination in a conversation Sunday morning, though it was growing obvious that his postseason would be limited to 2:37 of ice time and a memorable goal in Game 3 of the Final.

“He did everything he could to get back, and he did get back and unfortunately he couldn’t go any further,” Cooper said. “Hopefully the next time you see him on the ice is during a trophy presentation.”

Cooper said multiple times his team has been “pretty good at responding after losses.” Not just pretty good but perfect.

Led by goaltender Andrei Vasilevskiy’s ability to bounce back like the Vezina Trophy finalist he is, Tampa Bay is 6-0 after a loss this postseason. Vasilevskiy has a 1.41 goals-against average and .941 save percentage in those games.

So, that’s a source of confidence along with the experience earned along the way in previous playoffs and even as recently as last round. The Lightning lost their first chance to wrap up the Eastern Conference final, to the New York Islanders in overtime of Game 5.

Facing a similar situation in the Cup Final, they’re prepared.

“We’ve been in this situation before,” top defenseman Victor Hedman said. “We’re a resilient group. We know how to respond to adversity. We were up 3-1, now it’s 3-2, so you just got to go out and get the next one. That’s our focus.”

And the next one comes against an opponent seemingly on its last legs. Dipping now four deep into their players from their taxi squad of “Black Aces” with forwads Joel Kiviranta, Nick Caamano and Justin Dowling and defenseman Joel Hanley feeds the Stars’ underdog mentality but depletes their depth.

“I give them a lot of credit because we’re missing a lot of key guys on our hockey club,” Bowness said. “There’s no question about it.”

There’s no question Dallas is hurting.

With forwards Radek Faksa, Roope Hintz and Blake Comeau and defenseman Stephen Johns already out, veteran Andrej Sekera was injured blocking a shot early in Game 5 and missed a period and a half before returning. Jason Dickinson is hobbling through as best he can after blocking a shot with each foot in this series, and the Stars are trying to gut through it all and force Game 7.

“Every guy’s going through something this time of the year,” Seguin said. “Everyone’s ready to get tapped in. That’s just how our identity’s been and how we’ve been all this bubble, so it’s been great.”