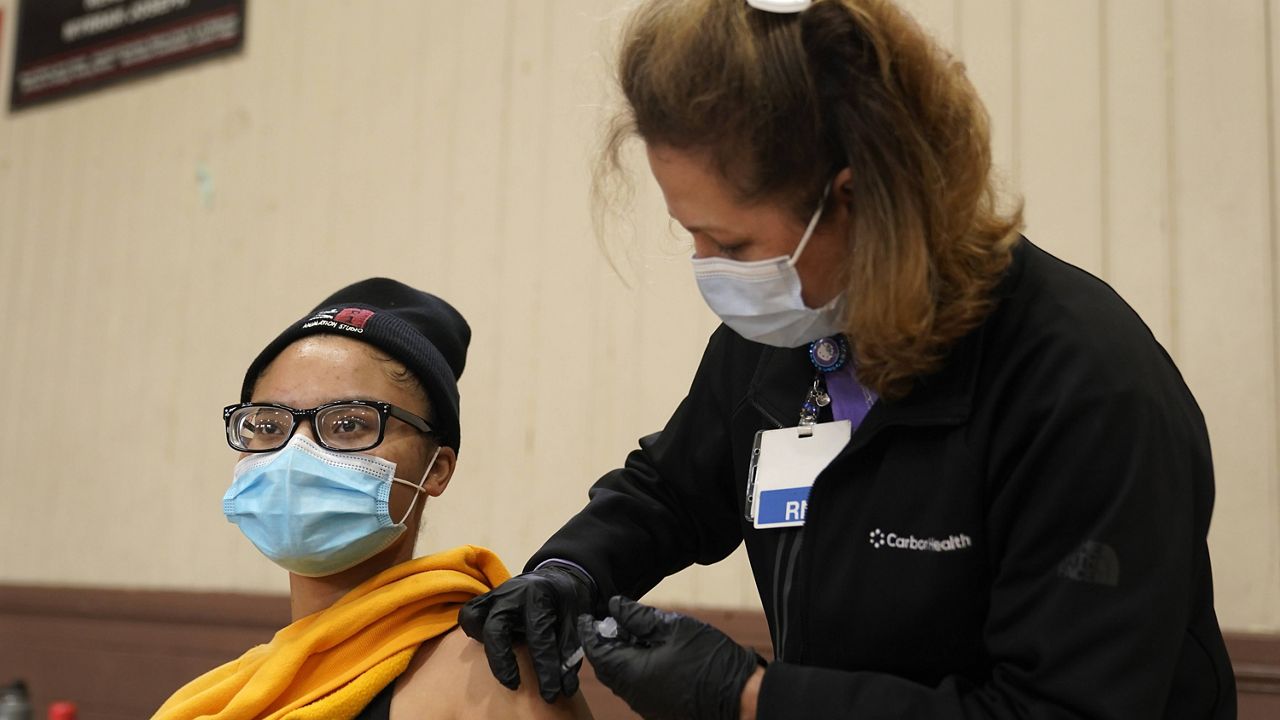 The rate of a rare blood clot disorder in the brain was much higher in people infected by COVID-19 than in those who had been given vaccines for the virus, a study conducted by researchers at the University of Oxford found.

“We’ve reached two important conclusions,” Paul Harrison, professor of psychiatry and head of the Translational Neurobiology Group at Oxford, said in a news release. “Firstly, COVID-19 markedly increases the risk of CVT, adding to the list of blood clotting problems this infection causes. Secondly, the COVID-19 risk is higher than [seen] with the current vaccines, even for those under 30; something that should be taken into account when considering the balances between risks and benefits for vaccination.”

The study did not examine the Johnson & Johnson vaccine. The U.S. paused the administration of that vaccine this week amid concerns over brain and abdominal blood clots in a handful of recipients.

Several countries last month similarly paused inoculations using AstraZeneca’s vaccine, which was developed in partnership with Oxford, after at least 37 people who were vaccinated experienced blood clots, with at least four dying. The countries resumed vaccinations after the European Medicines Agency, the E.U.’s medical regulator, declared the vaccine to be “safe and effective,” but it added that it “cannot rule out definitely a link” between blood clots and the shots.

The AstraZeneca and Johnson & Johnson vaccines both use antivirus vectors, while the Pfizer and Moderna vaccines use messenger-RNA technology.

The Oxford researchers used data from an electronic health records network to analyze more than 513,000 patients who had tested positive for COVID-19 and about 490,000 who had received the Pfizer or Moderna vaccines. They compared that to the general population as well as estimates from the European Medicines Agency for the AstraZeneca vaccine. The rate of CVT in the general population was 0.41 in a million.

A pre-print of the study was published on the Center for Open Science’s website and has not been peer reviewed. The researchers noted that one area that requires further research is whether COVID-19 and vaccines lead to CVT by the same or different mechanisms.

“The signals that COVID-19 is linked to CVT, as well as portal vein thrombosis … are clear, and one we should take note of,” said Dr. Maxime Taquet of Translational Neurobiology Group, one of the study’s authors.

While potential links between the Johnson & Johnson and AstraZeneca vaccines and blood clots have received much attention globally in recent weeks, some might find it surprising that the study found that those receiving the Pfizer and Moderna vaccines developed CVT at similar rates.

Pfizer said in a statement to Spectrum News that it has “conducted a comprehensive assessment of ongoing aggregate safety data” for its vaccine and found “no evidence to conclude that arterial or venous thromboembolic events, with or without thrombocytopenia, are a risk associated with” the shots.

Dr. Rochelle Walensky, director of the Centers for Disease Control and Prevention, also said Wednesday that U.S. health officials are not seeing the same type of reactions — blood clots in combination with low platelet counts — in people given the Pfizer and Moderna vaccines as they are seeing in those administered the Johnson & Johnson shot.

Health officials have not yet determined whether there is a link between the Johnson & Johnson vaccines.

Moderna did not respond to a request for comment.

0 0 0 0
Previous : No one hurt when small plane lands on Polk Pkwy
Next : Pfizer CEO: Third dose ‘likely’ needed within 12 months of being fully vaccinated