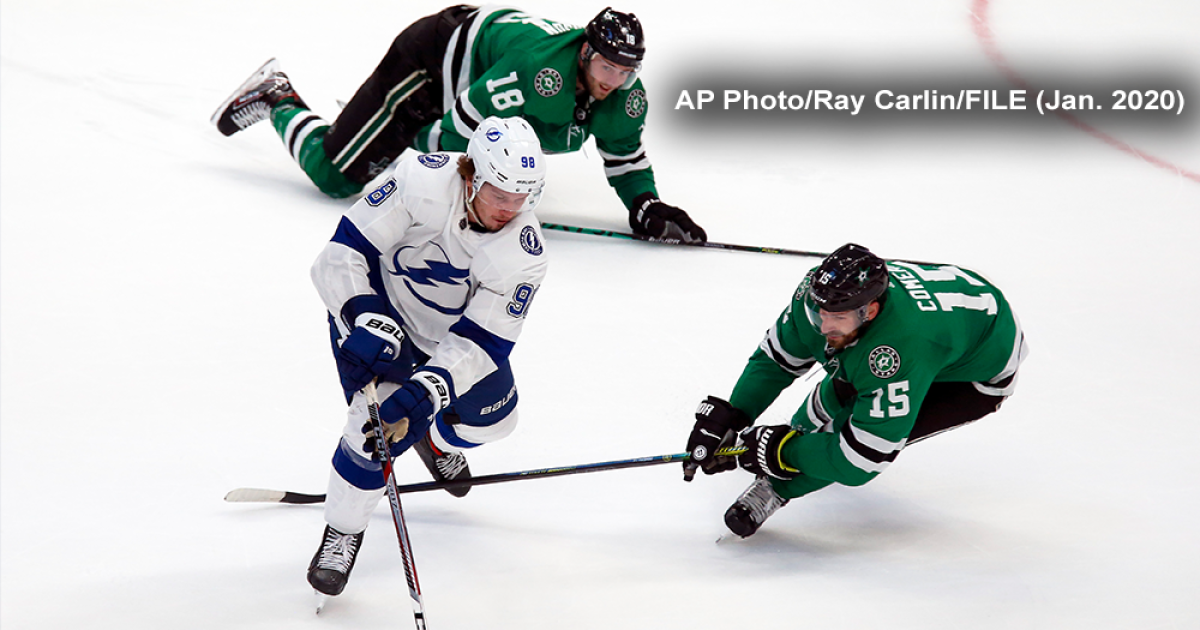 EDMONTON, Alberta (WFTS) — For the third time in franchise history, the Tampa Bay Lightning are in the Stanley Cup Final.

The Eastern Conference Champions Lightning will face the Dallas Stars, who beat the Vegas Golden Knights in five games for the Western Conference title earlier in the week.

As Tampa Bay looks to paint the city blue and white over the next week or two, the NHL has released the best-of-seven series schedule. The Lightning technically the higher seed would “host” Game 1 but all games will be played at Rogers Place in Edmonton.