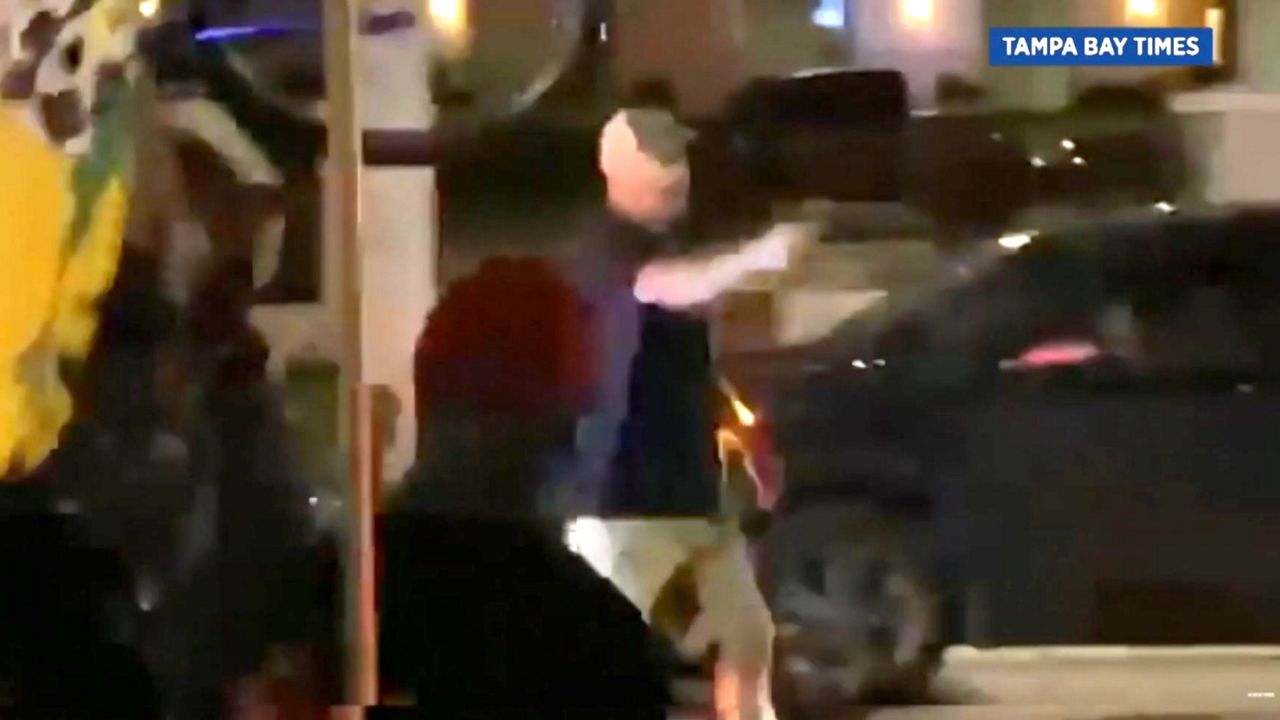 ST. PETERSBURG, Fla. — St. Pete Police are investigating after a gun was flashed during a demonstration on Saturday night.

The incident, which was posted to social media, showed a series of confrontations between protesters and a smaller group of counter-protesters.

No shots were fired and no one was injured during the incident.

This came three nights after a video captured by the Tampa Bay Times showed a number of protesters on Beach Drive chanting at a table of diners. During the incident, a few protesters sit down at the table as a woman states “this is my table” and tries to get the protesters to move.

No arrests were made or citations issued in that incident.

The protests began Wednesday night in the hours following the grand jury decision in the Breonna Taylor case.

St. Pete Police are investigating after a man aimed a gun at protesters on Saturday night. No shots were fired and no one was injured. The incident was posted to social media @BN9 pic.twitter.com/m67S40lXnq