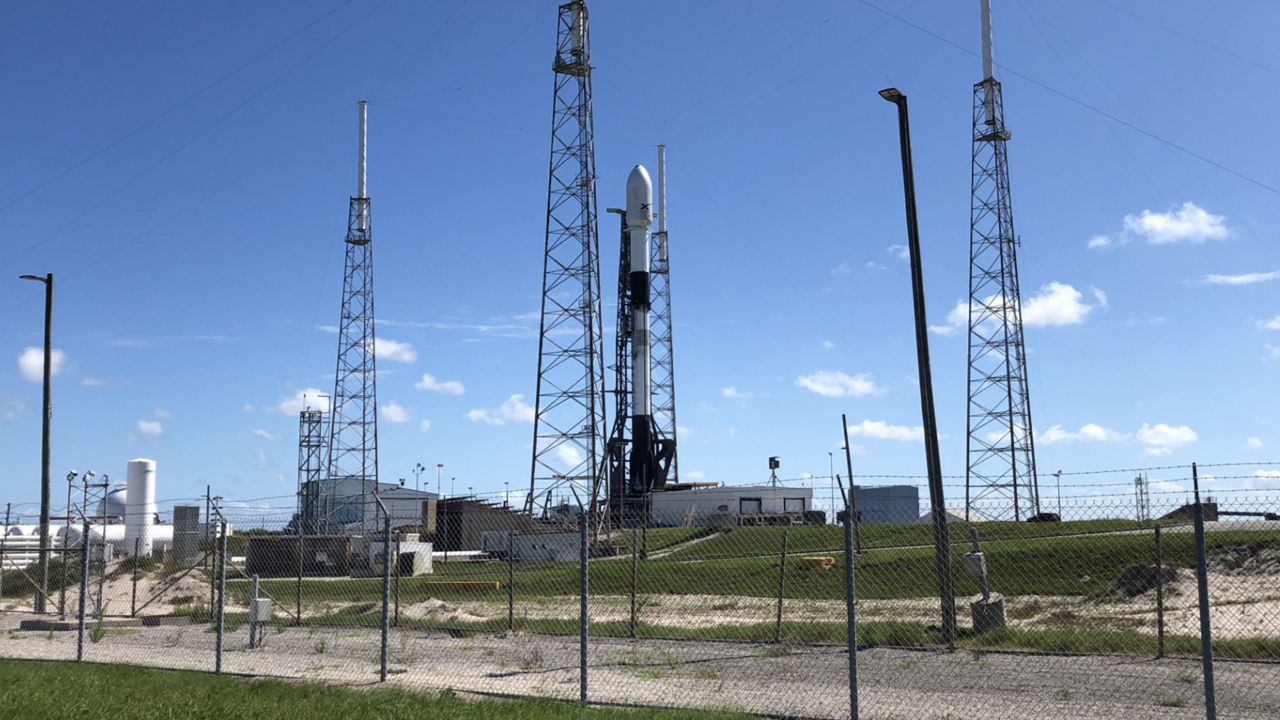 The rocket will also carry three other SkySat Earth-imaging satellites from Planet Labs.

After the morning’s launch, SpaceX ships will be in position to recover the Falcon 9 first stage booster on the company’s drone ship, plus the rocket’s two fairing halves, out in the Atlantic Ocean.

As of Monday afternoon, forecasters with the Air Force’s 45th Weather Squadron predict an 80 percent chance of favorable weather at launch time.

SpaceX’s Starlink constellation will eventually comprise tens of thousands of little satellites and will provide improved broadband service to underserved areas around the world.

Weather is looking good at 80 favorable.