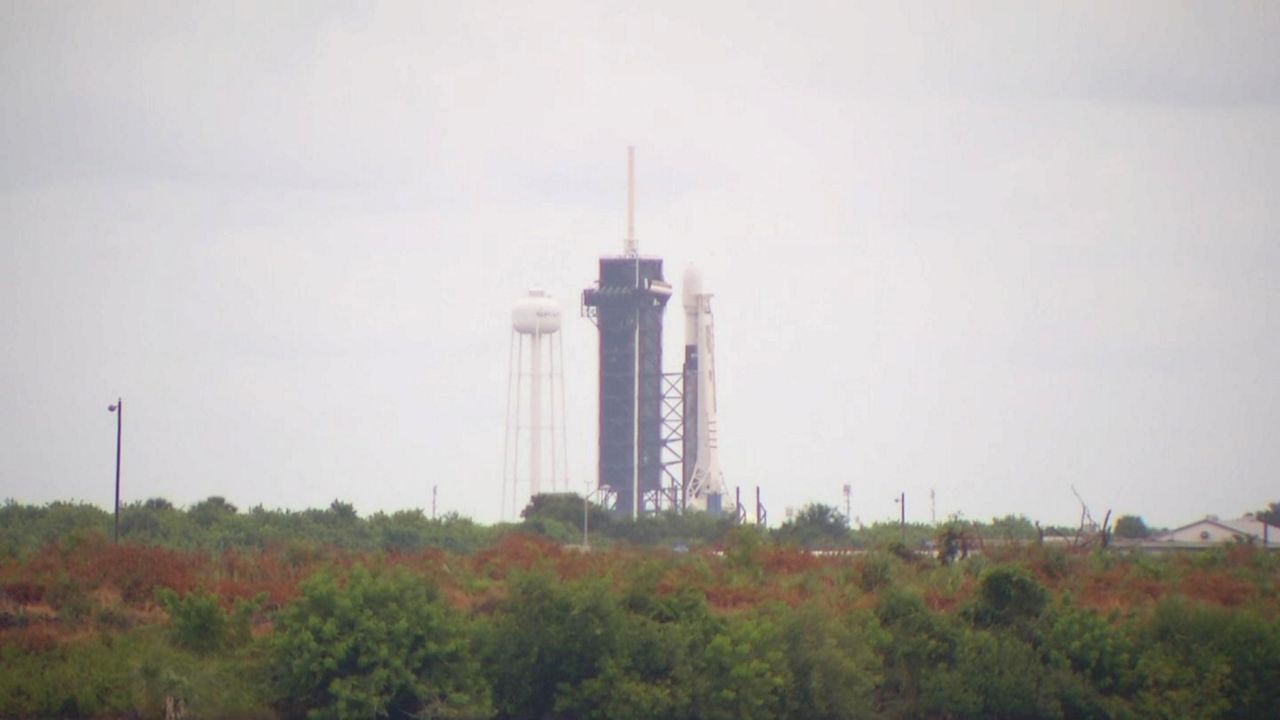 KENNEDY SPACE CENTER, Fla. — SpaceX has delayed its Monday launch of a batch of Starlink satellites from Kennedy Space Center in Florida due to weather.

The launch time was set for 10:22 a.m. EDT, but at 31 seconds before the launch, SpaceX delayed the mission due to weather.

Standing down from launch of Starlink due to weather; will announce a new target launch date once confirmed

In a live chat on its YouTube channel, SpaceX told space lovers to watch its social-media accounts for the next launch update.

Forecasters with the 45th Weather Squadron put the chance of favorable weather at launch time at 40 percent. Earlier in the morning, the percentage was at 60.

The 230-plus-foot-tall Falcon 9 was ready at Pad 39A to get the next Starlink mission underway to send up 60 mini satellites.

​The satellites will join more than 700 already in space to soon form a large orbital, broadband network to provide service to underserved areas around the globe. Eventually some 12,000 are bound for SpaceX’s constellation.

Ten minutes after launch, the Falcon 9 first stage booster is poised to land on Space X’s ocean-faring drone ship positioned out in the Atlantic Ocean.

It has been a flip-flop for launches over the past few days: United Launch Alliance was targeting a Delta IV Heavy mission for over the weekend, but the team wanted to take some more time to assess a ground system issue. So SpaceX slid in the spot for ULA’s launch attempt.

0 0 0 0
Previous : A Special Homecoming Thanks to Warrick Dunn and Denard Span
Next : Where to turn for help against domestic violence in the age of COVID-19