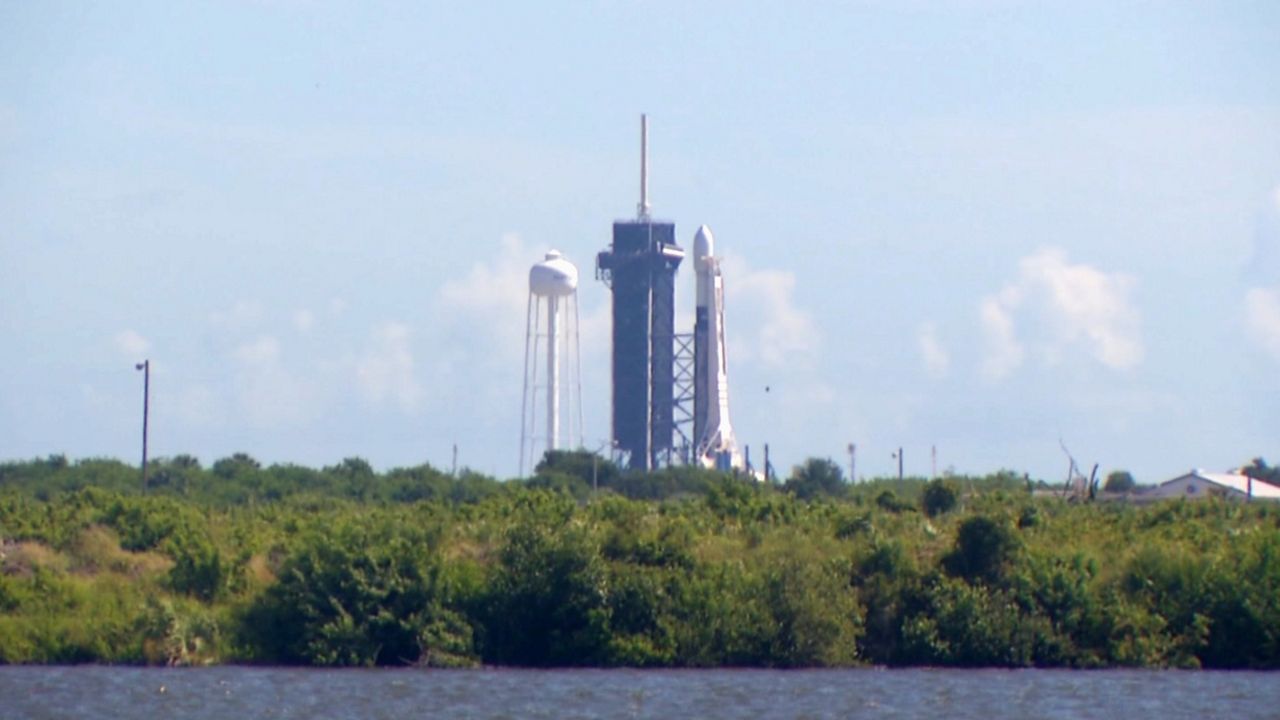 KENNEDY SPACE CENTER, Fla. — SpaceX stood down from a planned Falcon 9 rocket launch Thursday afternoon because of an issue with recovering the first stage of the rocket after liftoff.

SpaceX had targeted a launch at 2:19 p.m. ET Thursday for the Falcon 9 rocket, which is carrying 60 Starlink satellites.

However, SpaceX said there was an issue with the drone ship landing area where the first stage of the rocket was expected to land.

The Falcon 9 was supposed to launch from Launch Complex 39A at Kennedy Space Center.

The Starlink will form a constellation around Earth that will eventually comprise tens of thousands of satellites. The network, which will take years to complete, is intended to expand internet access to underserved areas around the world.