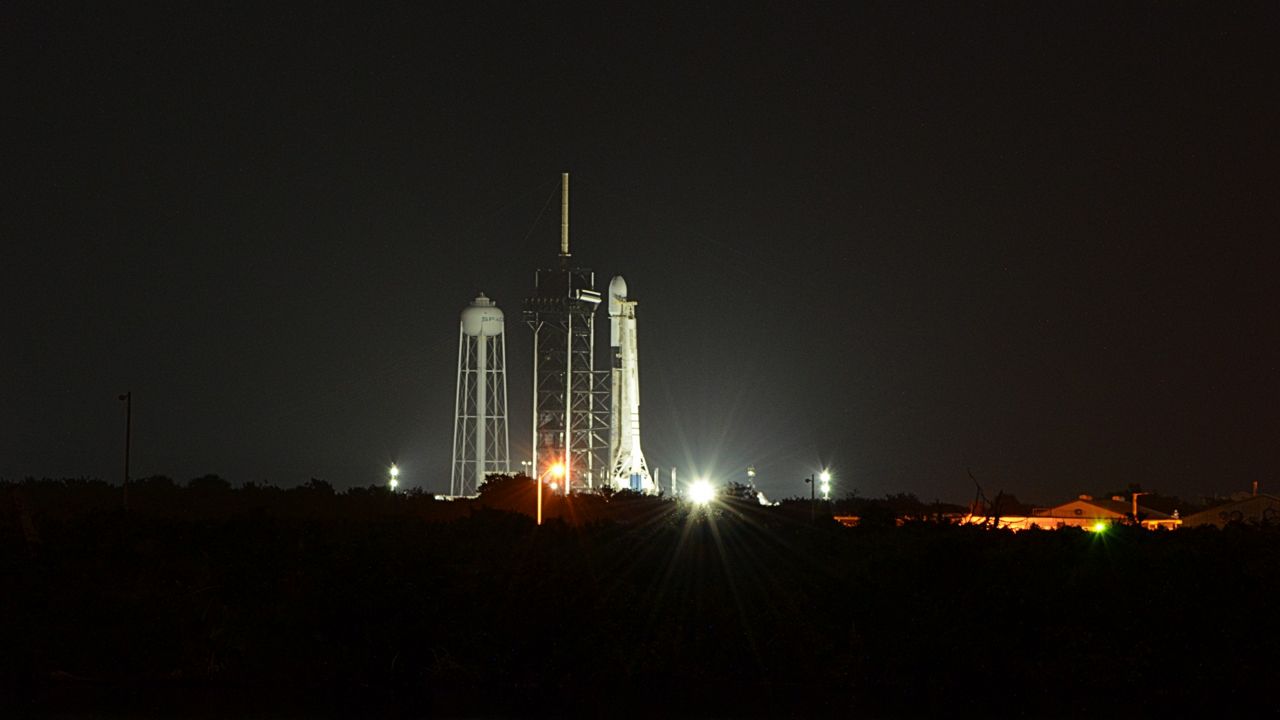 KENNEDY SPACE CENTER, Fla. — SpaceX will try again Thursday morning to send another batch of Starlink satellites to orbit after Mother Nature scuttled its initial try over the weekend.

The 12th Starlink mission is set to take off from Launch Complex 39A at Kennedy Space Center at 8:46 a.m. EDT.

The Falcon 9 rocket will be carrying dozens of Starlink satellites for a constellation around Earth that will eventually comprise tens of thousands of satellites. The network, which will take years to complete, is intended to expand internet access to underserved areas.

They will join the hundreds of others already in orbit to soon form a large broadband network to provide service to areas around the world that don’t have it at this point.

​​​After the morning’s launch, SpaceX drone ships are in position to recover the Falcon 9 first-stage booster, plus the rocket’s two fairing halves, out in the Atlantic Ocean.

Forecasters with the Air Force’s 45th Weather Squadron put the chance of favorable weather for Tuesday’s attempt at 80 percent.

You can watch the launch when it happens right here on Spectrum News.