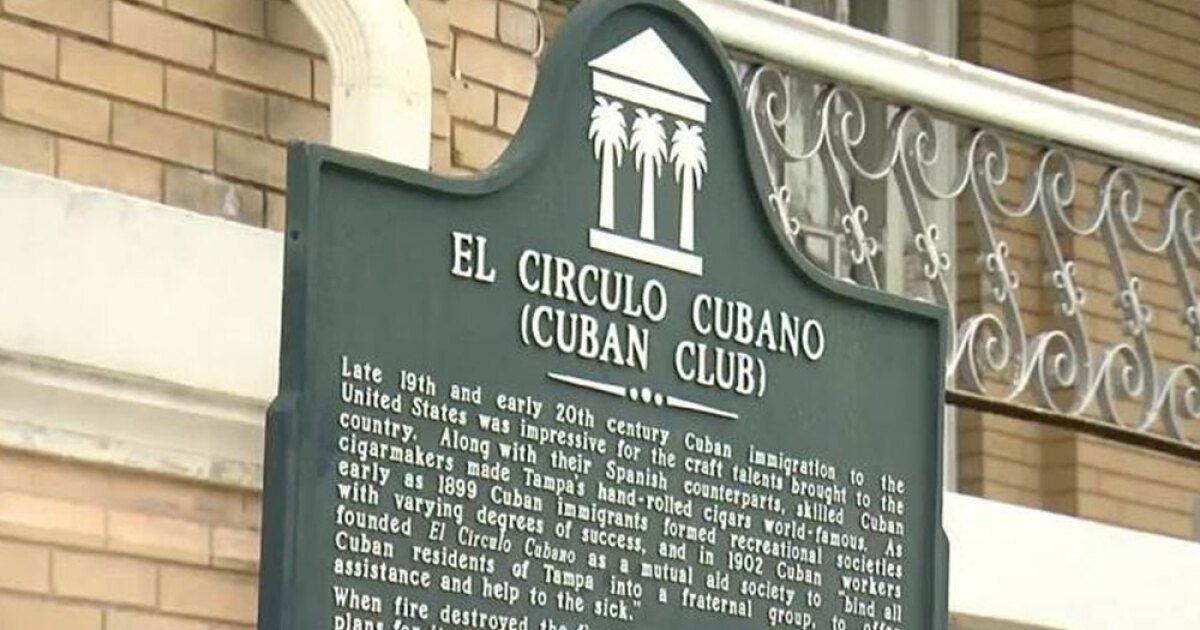 TAMPA, Fla. — A sold-out concert drew hundreds of people to an outside Ybor music venue Saturday. Now, it’s also drawing the ire of city leaders and fellow business owners. The president of the Cuban Club Foundation is responding and insisting they did nothing wrong.

On Saturday night, 400 people showed up to watch Moneybagg Yo perform in the courtyard of The Cuban Club. Videos, and pictures taken by the Tampa Bay Times, circulating social media showed people shoulder-to-shoulder at the outside venue.

Tom DeGeorge is the co-owner of Crowbar in Ybor.

“The city owes it to us to make sure stuff like that doesn’t happen. It’s a slap in the face to our small businesses that (are) losing thousands and thousands of dollars to try and do this the right way,” he said.

DeGeorge also has an outdoor music venue, a fraction of that of the size of the Cuban Club.

“As a business owner, if I would have put on an event like that after everything I’ve done to try and get approval to make my place safe, I would be mortified,” he said.

City Councilman Luis Viera calls the event irresponsible and believes it sent the wrong message to the community.

“This was not something that was done correctly at all,” said Viera.

Patrick Manteiga is the president of the non-profit Cuban Club Foundation. He says the money they earned from the event will go back to the non-profit. Manteiga is doubling down and insists his team did everything right to make it safe.

“I think on social distancing we did fine. I think on masks it’s tough,” he said saying once the rain started several guests disposed of their masks.

In discussions with the City of Tampa, the Cuban Club agreed no alcohol would be served. Temperatures were checked at entry. Inside, half the attendees were offered seating at tables to encourage social distancing. Several signs posted indicated masks were required. However, pictures show few followed that rule, which is not actually required in the City of Tampa while outdoors.

One of the biggest changes made was in capacity. The courtyard allows for 2,300 people and Manteiga says they agreed to no more than 500 guests plus 50 staff, a 25% capacity cap.

Manteiga said prior to the concert he had several conversations with concerned City of Tampa officials but they all ultimately agreed on the limitations. The club didn’t need a permit, since they are operating on private property without serving alcohol, but the City of Tampa gave them one anyway on the day of the concert. Both Manteiga and the mayor’s office says this was issued by mistake.

ABC Action News asked Manteiga how he can possibly believe that people were socially distant when reviewing pictures and videos of the event. He responded you can’t trust the lens.

“You have a zoom lens. You zoom up — a lot of those pictures were outside and so it compressed those people,” he said.

A few blocks away at the Crowbar, DeGeorge says many small business owners are hurting right now. This year he’s down half a million dollars and was forced to take $300,000 in loans to stay afloat. He says many businesses are sacrificing everything to keep people safe and try to reopen the right way through movements like SaveOurStages. DeGeorge feels frustrated that the city isn’t doing enough to hold bad actors accountable.

“If I was code enforcement, TPD and I saw that [event] my first thought would be ‘this is not right, people’s lives are at risk and people that have done everything they need to do deserve better than this'” he explained.

Mayor Jane Castor says they had no way to stop the event because it was on private property and no alcohol was served. She says Tampa Police received no calls for service during the concert. Castor expressed upset with the way this event unfolded.

“I would say, shame on you,” she spoke of the organizers. “Individuals can leave a gathering like that and take that virus back and turn into super spreaders.”

When asked whether he was concerned the concert could sicken people with COVID-19 Manteiga said: “Well, today you could be at a public school at the moment because it is open. Disney World. A lot of places are open. We have football getting ready to turn back on. We did what we felt was allowed by state law and without the alcohol, and things like that, we felt that it was as safe as possible.”

While the plan in place to promote social distancing followed the rules, Mayor Castor says after-the-fact she believes several COVID-19 guidelines were broken.

“We’ll have to see what happens now,” she said. “I’ll talk to my personnel and see how they can be held accountable.”

Councilman Viera believes this event could serve as a teachable moment.

“I hope that those who put on this event learn from this and do better because this is unacceptable.”

Meanwhile, DeGeorge says he will continue to push state and local governments to offer more help to struggling businesses in these unprecedented times. But when it comes to enforcement of the rules, to both businesses and law enforcement he offers this advice.

“Advice for the future. We start using common sense,” he said.