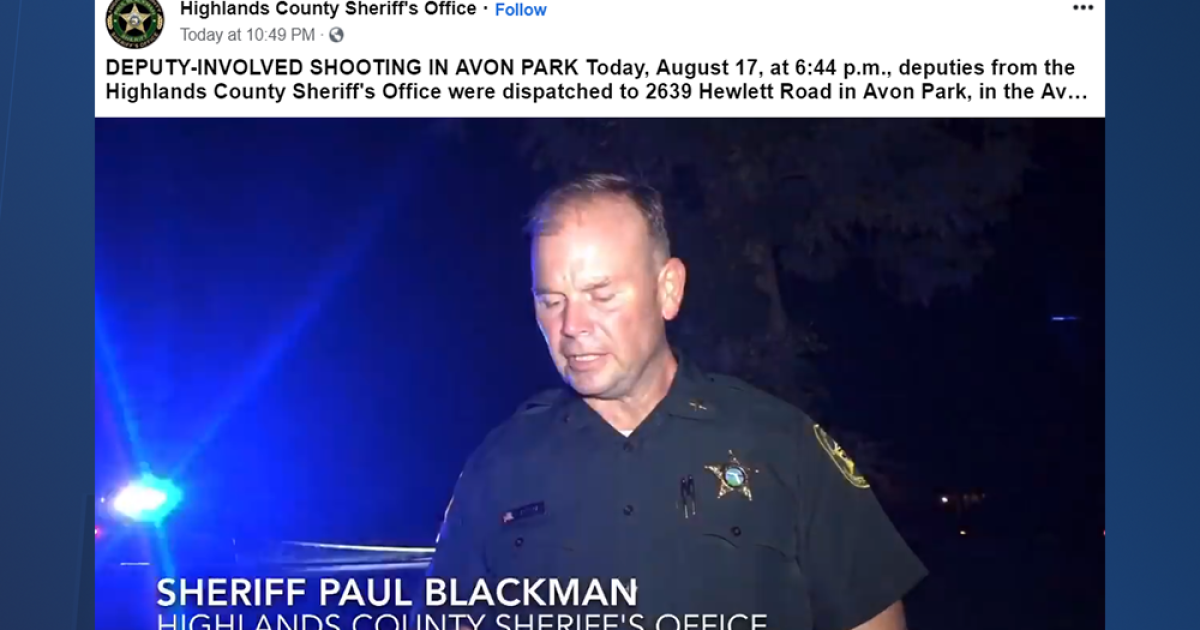 HIGHLANDS COUNTY, Fla. — A man accused of trying to attack his brother with a machete is dead after he led deputies on a foot chase and then pointing a gun at the deputies.

The Highlands County Sheriff’s Office responded to a call of a possible domestic dispute around 6:45 p.m. on Monday in the 2600 block of Hewlett Road in Avon Park. According to deputies, 34-year-old Keith Fileger was using a “machete-type weapon” against his brother.

When deputies arrived, Fileger ran from the scene on foot. Deputies later brought in a K-9 deputy in hopes of finding Fileger.

The K-9 team eventually located Fileger, who was armed with the machete and a handgun, in a wooded area. Fileger reportedly told deputies he was “not going back to prison” and pointed the gun toward the deputies.

One of the deputies on scene opened fire, hitting Fileger. Paramedics responded to the scene and Fileger was later pronounced dead.

Deputies said Fileger served time at the Florida State Prison and was released in 2010.

Officials have not released the identity of the deputy who shot and killed Fileger. Deputies did not say if Fileger’s brother was seriously hurt in the machete attack.