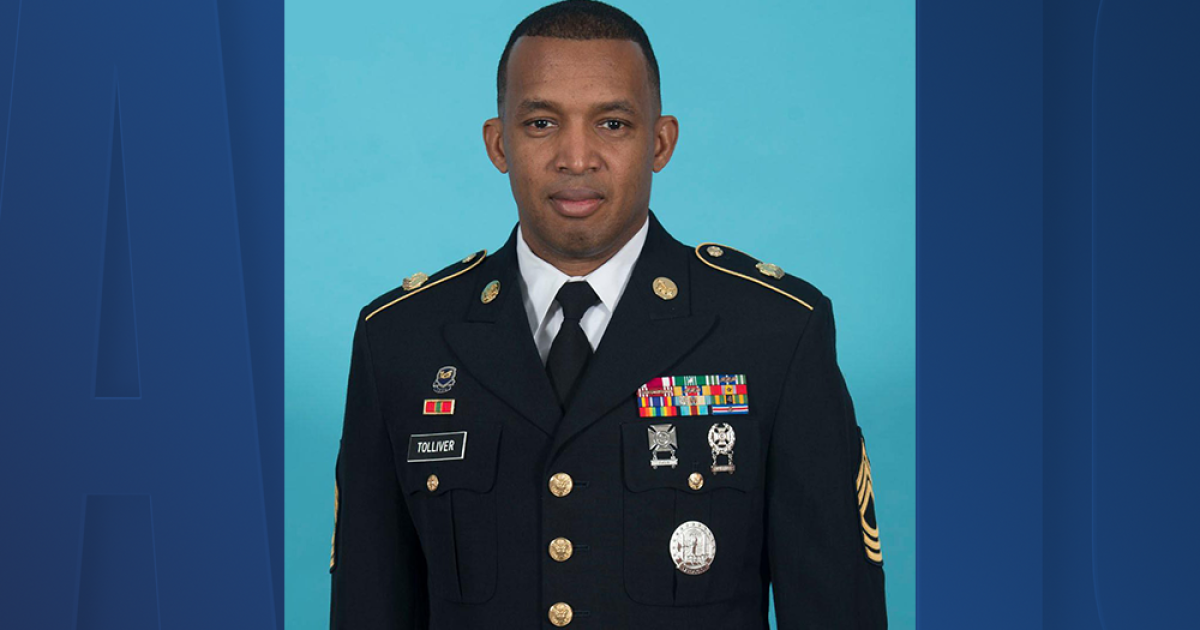 LARGO, Fla. — The Army Reserve Medical Command (AR-MEDCOM) is mourning the loss of one its own.

According to AR-MEDCOM, Master Sgt. Brian Tolliver died from complications related to COVID-19 on Monday, August 17 in Largo.

Tolliver tested positive for coronavirus on July 10 and was admitted to Largo Medical Center the next day, according to officials. He remained at the hospital until the time of his death.

Officials with AR-MEDCOM says he served in the U.S. Army for 25 years, 13 with the Army Reserve. In his most recent assignment, Tolliver served as the command paralegal for the Army Reserve Medical Command in Pinellas Park.

“We feel a tremendous loss in our military family with the passing of Master Sgt. Tolliver,” said Maj. Gen. Jonathan Woodson, the commander of AR-MEDCOM in a press release. “COVID-19 has taken a dedicated Soldier from our formation, and our thoughts and prayers go out to his family.”

“Regardless of their political views or whatever ideas that they have about this, this COVID pandemic, just take it serious. You know, protect yourself, protect others, because God has taken a true angel away from us and I’m sure that God had better plans for him,” said friend LaHarold Woodhouse.

Woodhouse says he and Tolliver were close friends for more than 30 years.

“He just instilled whatever he had into everybody he came across to try to leave them with as positive of an attitude as he possibly could,” said Woodhouse.

Woodhouse says the 46-year-old from Memphis had a heart of gold.

He said Tolliver was a family man, loved his kids, was someone other soldiers could emulate and always had a smile. He also helped others through his real estate property.

“He had renters living in the house without paying rent for years because he was just trying to do the best and help those who were in need,” said Woodhouse.

Now, he asks others to live life like Brian.

“Just live life to the fullest, do the best you can and just try to make as a positive impact as you can on everybody that you run across,” Woodhouse said.

Tolliver is survived by his three children, all of whom live in Kentucky.

0 0 0 0
Previous : Live Updates: Joe Biden to Accept Democratic Nomination at the Final Night of the DNC
Next : Disabled Vet says Mail Delays are Messing with his Prescriptions