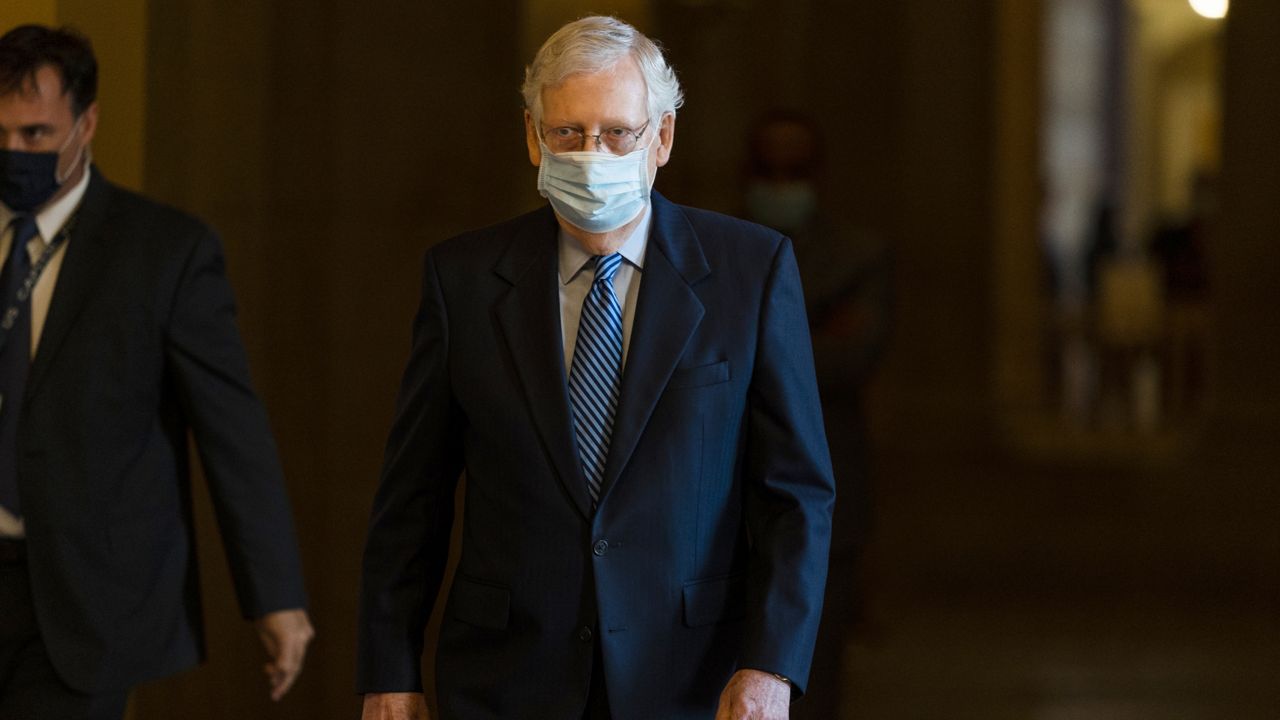 WASHINGTON — Senate Republicans have canceled legislative work until Oct. 19 as the coronavirus sweeps through their ranks and lawmakers increasingly call for comprehensive testing on Capitol Hill.

One by one, President Donald Trump and a series of GOP lawmakers have fallen ill with the virus that has killed more than 208,000 Americans.

Over the last week, many of the politicians who tested positive attended events at which few people wore masks and mingled in the halls and tunnels of the Capitol complex.

Just since Friday morning, Trump, Sen. Thom Tillis of North Carolina, Mike Lee of Utah and Ron Johnson of Wisconsin announced that they have tested positive.

The Senate was to reconvene this week ahead of its confirmation proceedings for Barrett. McConnell has said those hearings, scheduled to begin Oct. 12, are “full steam ahead.”

A person familiar with President Donald Trump’s COVID-19 illness says some of his vital signs over the past 24 hours were “very concerning” but they’ve improved since he was admitted to a military hospital.

The person has knowledge of the president’s medical condition but was not authorized to speak publicly and spoke to The Associated Press on condition of anonymity.

It contradicted Trump’s doctors, who said during a press conference Saturday that the president was doing very well and felt as though he could walk out of a military hospital. They said he had not been on oxygen Saturday or when he was with their medical team Friday, and that his symptoms were subsiding.

The person described the next 48 hours as critical and said there was no clear path yet on a recovery and that it could be days before he was discharged.

The Associated Press Contributed to this report.