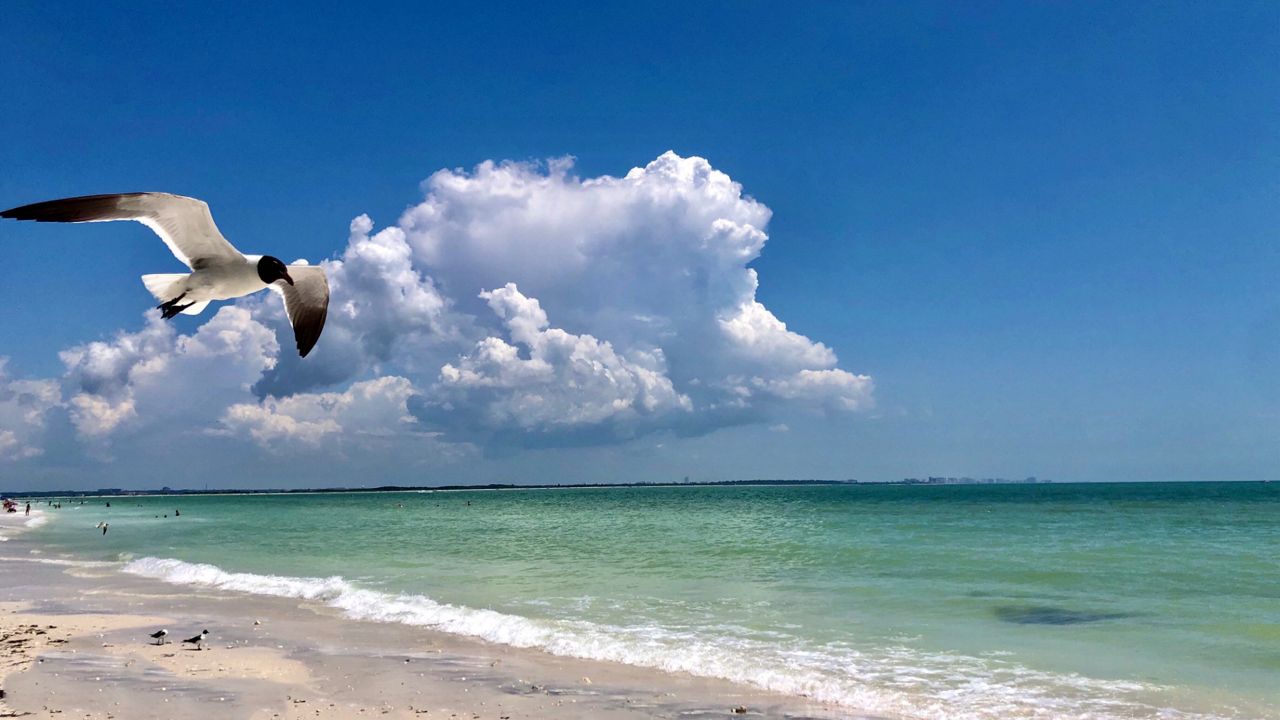 You will be able to get outside and exercise or run some errands with fewer storms than what we had on Thursday.

High temperatures will be in the upper 80s with a west wind around 10 mph.

Scattered showers and thunderstorms are expected this weekend with the chance of rain around 40 percent to 50 percent.

Many of you might be wondering when we will catch a break from all of the heat and humidity.

An early season front moves south of our area and high pressure builds in with drier air early next week.

Ready for a change? Our first “cold front” arrives early next week and will bring subtle changes like less humidity. We won’t see our temperatures dip much BUT our mornings will start with temps in the 60s/ 70s. Again, this is a subtle change, fronts are weak this time of year. pic.twitter.com/Pyh1Rxx6na

The changes arrive early next week with lower humidity, brighter skies and very low rain chances. Some areas along the Nature Coast may see morning lows in the upper 60s.

Not bad for September.

A west wind is around 10 knots. Seas are 2 to 4 feet. Bay and inland waters a light to a moderate chop.

Those spending the day at the beach should watch out for rip currents but there will be fewer showers and thunderstorms today.

A low pressure system in the southwest Gulf of Mexico is now Tropical Depression 22.

It’s becoming better organized and a tropical storm will probably form soon. Upper-level steering currents are light so it will meander over the western Gulf. We will continue to monitor but right now it does not threaten Florida.

There is only one more name on the 2020 Hurricane Season list: Wilfred. Should we go beyond Wilfred, then the Greek alphabet will be used to name storms in the Atlantic. It has happened one time before, and that was during the 2005 hurricane season.