A tropical storm warning is also in place from the Alabama/Florida border to Indian Pass, Florida and from Intracoastal City to Morgan City in Louisiana. 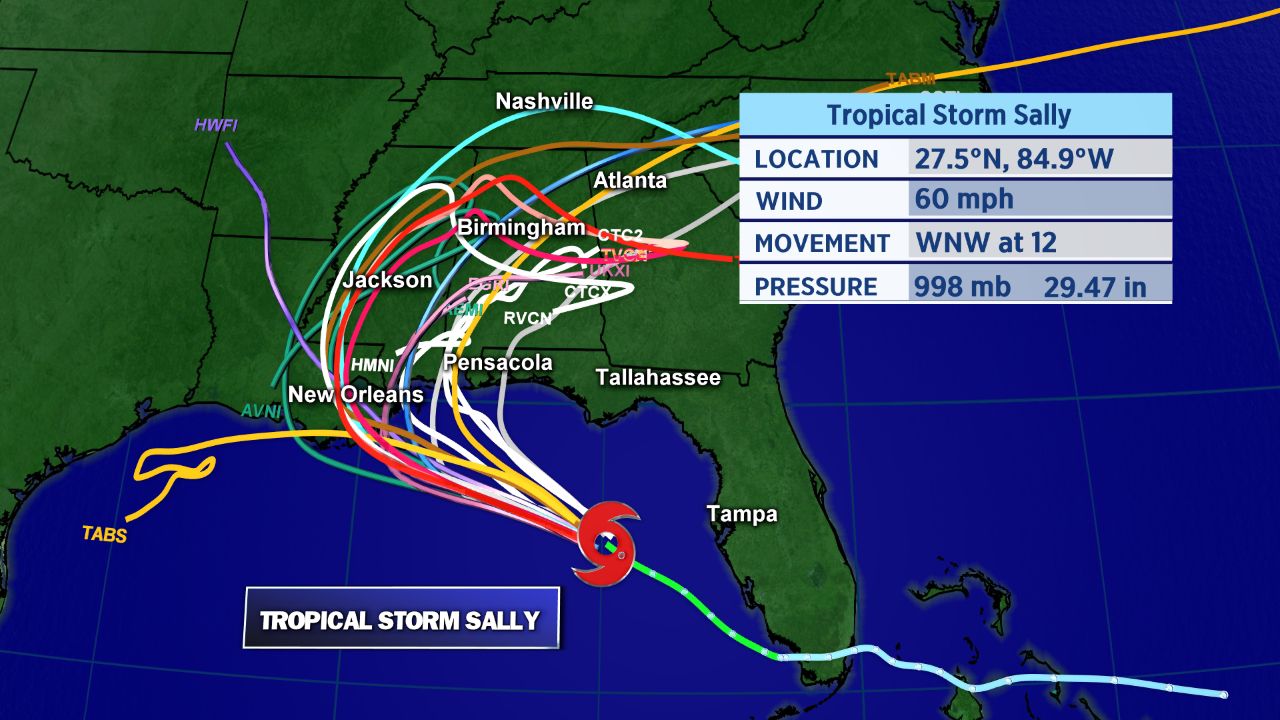