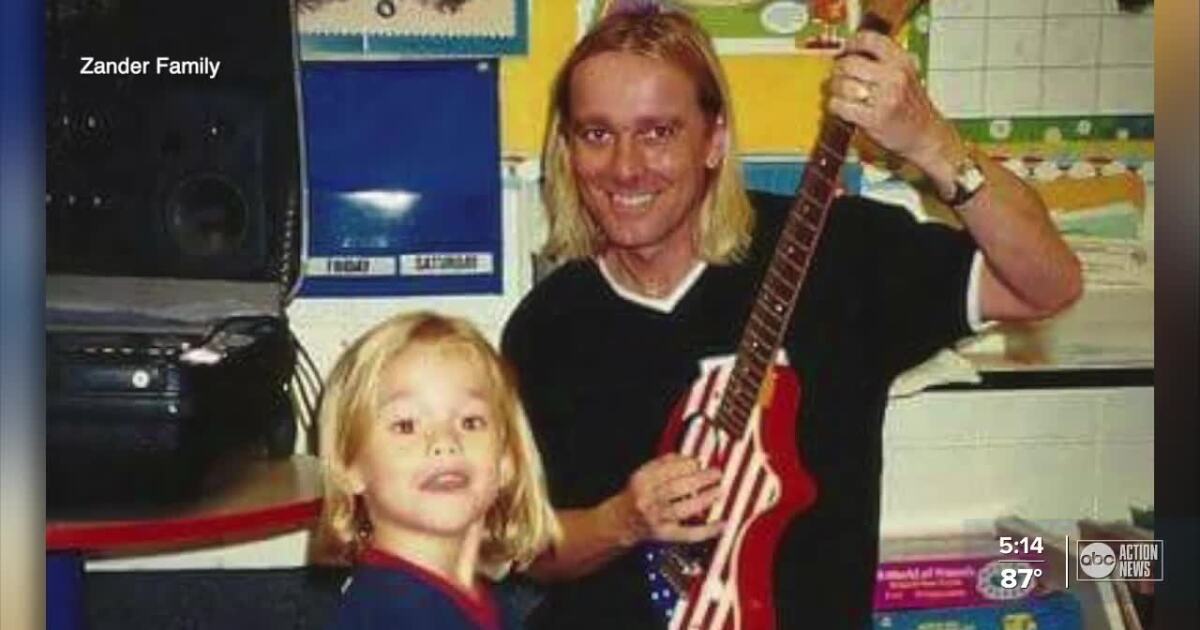 SAFETY HARBOR, Fla. — As Cheap Trick traveled the world selling more than 20 million albums, frontman Robin Zander made sure his son was along for the ride.

“My kids came and visit me on the road and we hang out and we take them to the shows and they get up on stage sometimes and fool around,” said Zander.

He’s become an accomplished musician of his own. Teaching himself to play the guitar, drums and piano.

“Growing up I was always at concerts, sitting at the side of the stage and watching,” said Robin Taylor Zander, 27.

“He’s always been a better musician than me. Even when he was little,” said Zander.

Robin Taylor grew up with his family in Safety Harbor and came up through the Hoffman School of the Arts at Ruth Eckerd Hall. Now he’s back, performing alongside his dad this weekend.

They’ve been playing together for years.

Robin’s daughter, Robin Sailor, is off at college but she joins them, too.

Robin Taylor has even played with his dad’s band, Cheap Trick.

They were inducted into the Rock and Roll Hall of Fame in 2016.

“I don’t consciously try and separate myself from anything but if you heard my music, which you will when it comes out, it’s a little different but it has the same type of inspiration,” said Robin Taylor Zander.

Zander has been touring with Cheap Trick since the 70s, something that came to a halt when COVID-19 hit.

“It’s a double edge sword because I’ve gotten to know my family again, but I sure miss the road and miss playing and I miss playing in front of people. But that’s what this show at Ruth Eckerd is all about,” said Zander.

The concert is part of a series of shows at Ruth Eckerd Hall held in the lobby with COVID-19 precautions in place.

“It’s being safe and giving musicians like myself to play a little bit,” said Zander.

Zander says after this weekend’s concerts, they will begin playing some more local shows around Christmas.