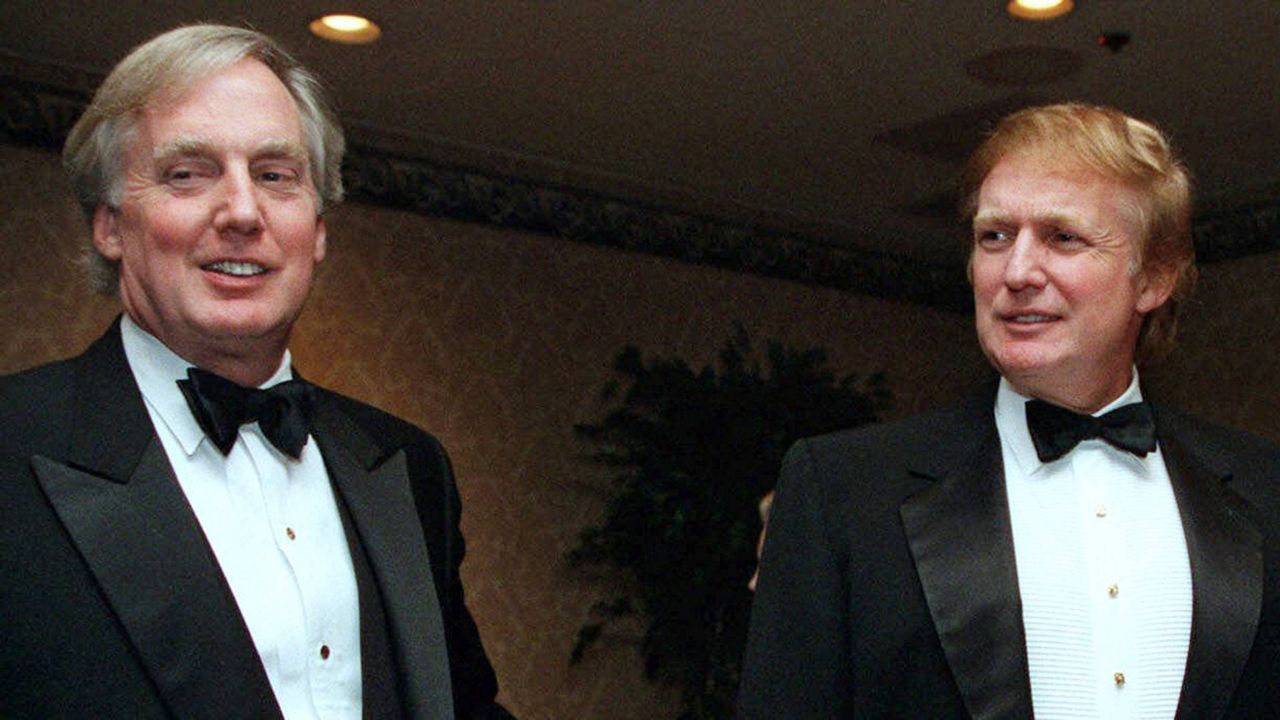 NEW YORK — President Donald Trump’s younger brother, Robert Trump, a businessman known for an even keel that seemed almost incompatible with the family name, died Saturday night after being hospitalized in New York, the president said in a statement. He was 71.

The president visited his brother at a New York City hospital on Friday after White House officials said he had become seriously ill. Officials did not immediately release a cause of death.

“It is with heavy heart I share that my wonderful brother, Robert, peacefully passed away tonight,” Donald Trump said in a statement. “He was not just my brother, he was my best friend. He will be greatly missed, but we will meet again. His memory will live on in my heart forever. Robert, I love you. Rest in peace.”

The youngest of the Trump siblings had remained close to the 74-year-old president and, as recently as June, filed a lawsuit on behalf of the Trump family that unsuccessfully sought to stop publication of a tell-all book by the president’s niece, Mary.

Robert Trump had reportedly been hospitalized in the intensive care unit for several days that same month.

Members of the Trump family took to Twitter to remember their beloved family member.

Ivanka Trump, the president’s daughter who serves in the White House as an advisor, said her Uncle Robert is “in our hearts and prayers, always.”

Uncle Robert, we love you. You are in our hearts and prayers, always.

Robert Trump was an incredible man – strong, kind and loyal to the core. Anyone who encountered him felt his warmth immediately. He will be deeply missed by our entire family.

Both longtime businessmen, Robert and Donald had strikingly different personalities. Donald Trump once described his younger brother as “much quieter and easygoing than I am,” and “the only guy in my life whom I ever call ‘honey.’”

Robert Trump began his career on Wall Street working in corporate finance but later joined the family business, managing real estate holdings as a top executive in the Trump Organization.

“When he worked in the Trump Organization, he was known as the nice Trump,” Gwenda Blair, a Trump family biographer, told The Associated Press. “Robert was the one people would try to get to intervene if there was a problem.”

The president, two years older than Robert, admittedly bullied his brother in their younger years, even as he praised his loyalty and laid-back demeanor.

“I think it must be hard to have me for a brother but he’s never said anything about it and we’re very close,” Donald Trump wrote in his 1987 bestseller “The Art of the Deal.”

“Robert gets along with almost everyone,” he added, “which is great for me since I sometimes have to be the bad guy.”

In the 1980s, Donald Trump tapped Robert Trump to oversee an Atlantic City casino project, calling him the perfect fit for the job. When it cannibalized his other casinos, though, “he pointed the finger of blame at Robert,” said Blair, author of “The Trumps: Three Generations that Built an Empire.”

“When the slot machines jammed the opening weekend at the Taj Mahal, he very specifically and furiously denounced Robert, and Robert walked out and never worked for his brother again,” Blair said.

Once a regular boldface name in Manhattan’s social pages, Robert Trump had kept a lower profile in recent years. “He was not a newsmaker,” Blair said.

Before divorcing his first wife, Blaine Trump, more than a decade ago, Robert Trump had been active on Manhattan’s Upper East Side charity circuit.

He avoided the limelight during his elder brother’s presidency, having retired to the Hudson Valley. But he described himself as a big supporter of the White House run in a 2016 interview with the New York Post.

In early March of 2020, he married his longtime girlfriend, Ann Marie Pallan.

The eldest Trump sibling and Mary’s father, Fred Trump Jr., struggled with alcoholism and died in 1981 at the age of 43. The president’s surviving siblings include Elizabeth Trump Grau and Maryanne Trump Barry, a retired federal appeals judge.

Authors Michael Kranish and Marc Fisher described Robert Trump as soft spoken but cerebral in “Trump Revealed: The Definitive Biography of the 45th President”: “He lacked Donald’s charismatic showmanship, and he was happy to leave the bravado to his brother, but he could show flashes of Trump temper.”