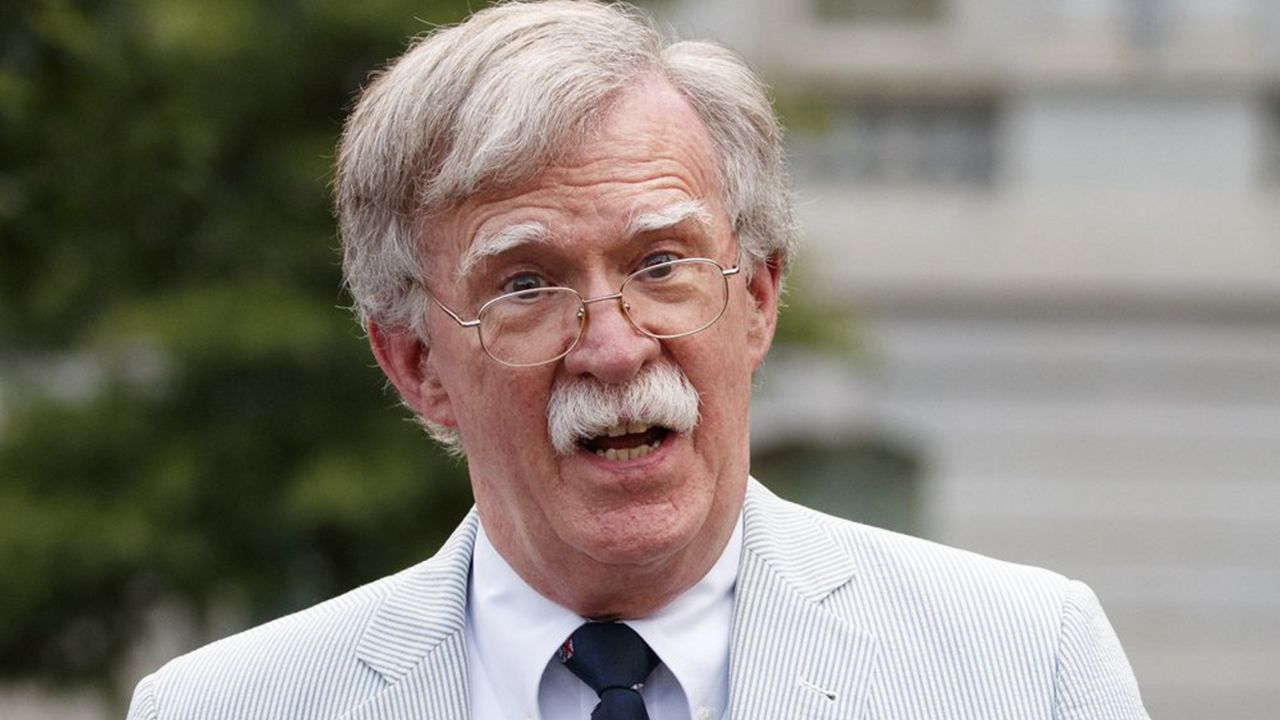 The department has impaneled a grand jury, which has subpoenaed Simon & Schuster, the publisher of “The Room Where It Happened,” for communications records, The New York Times reported Tuesday. Javelin, Bolton’s literary agent, also has been issued a subpoena, NPR reported.

Bolton’s memoir of his 17 months spent working in the Trump administration paints an unflattering picture of the president. In it, Bolton shares details of Donald Trump’s push for an investigation into Joe Biden in Ukraine, which ultimately led to the president’s impeachment, as well as allegations that Trump asked China for help in winning re-election and was willing to interfere with criminal investigations as “personal favors to dictators he liked.”

Bolton insists he did not publish any classified information.

In a statement, Bolton’s attorney said that the former national security adviser would cooperate with any investigation related to his book.

“We are aware of reports that grand jury subpoenas have been issued seeking information concerning the publication of Ambassador Bolton‘s recent book,” Cooper said in a statement. “Ambassador Bolton emphatically rejects any claim that he acted improperly, let alone criminally, in connection with the publication of his book, and he will cooperate fully, as he has throughout, with any official inquiry into his conduct.”

The Justice Department filed a lawsuit to halt release of the book this summer, accusing Bolton of publishing it before the government’s prepublication review was complete.

Federal judge Royce Lamberth declined in June to block publication of the tell-all, noting that by that time there were already “hundreds of thousands of copies around the globe” and “the damage is done.”

Lamberth, however, wrote in his ruling that he was “persuaded that defendant Bolton likely jeopardized national security” and said the former Trump adviser could be criminally prosecuted if he indeed published the book before receiving notice that the government had finished its review.

The director of national intelligence then referred the matter to the Justice Department, which opened the criminal investigation, the Times reported.

Trump has publicly called for Bolton’s prosecution, tweeting in June: “Washed up Creepster John Bolton is a lowlife who should be in jail, money seized, for disseminating, for profit, highly Classified information.”

Washed up Creepster John Bolton is a lowlife who should be in jail, money seized, for disseminating, for profit, highly Classified information. Remember what they did to the young submarine sailor, but did nothing to Crooked Hillary. I ended up pardoning him – It wasn’t fair!

According to the Times, some lawyers for the National Security Council and the Justice Department have expressed concerns that opening a criminal case into Bolton could be seen as political due to Trump’s public comments. Others, however, pointed to Lamberth’s ruling as proof that there is a strong case against Bolton, the newspaper reported.

Bolton’s lawyer, Charles Cooper, said in June he did not agree with the judge’s ruling, adding, “The full story of these events has yet to be told — but it will be.”