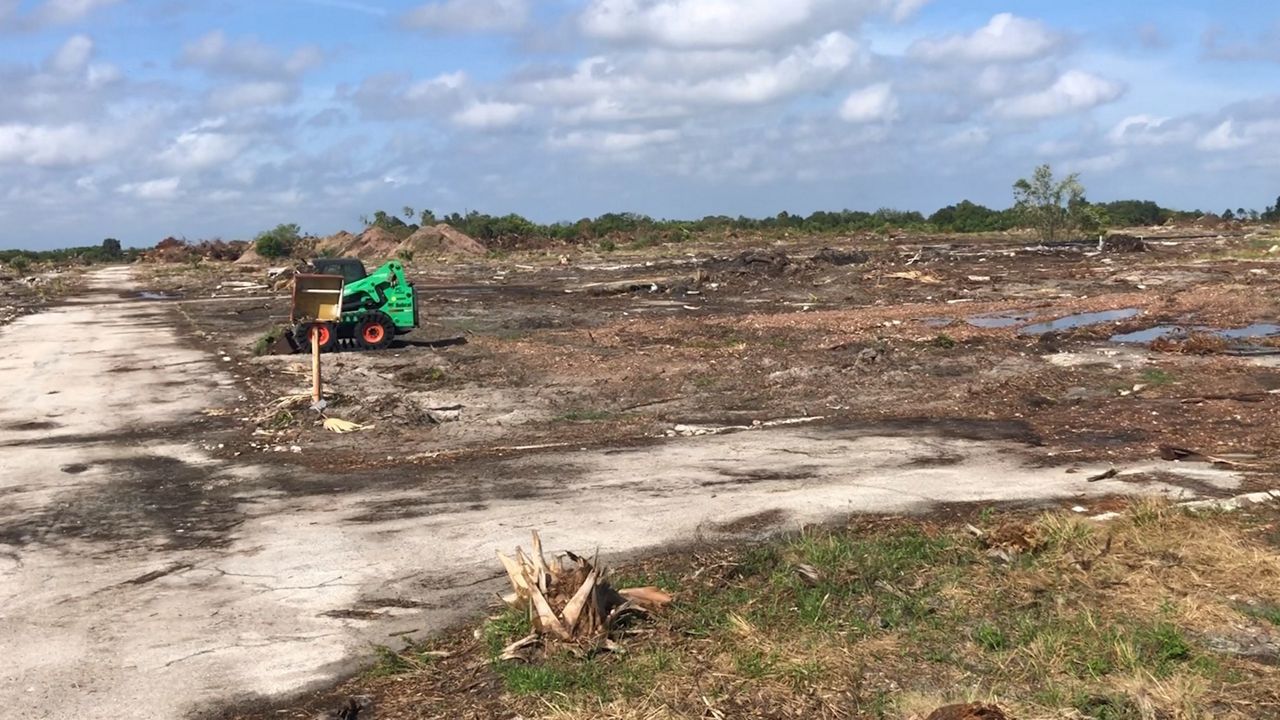 Redevelopment on the 162-acres of prime property where Georgetown Apartments once stood on South West Shore Boulevard in Tampa has been halted for now.

A spokesperson for DeBartolo Development says, “We live in this community and understand the importance to develop a project that fits in the neighborhood.”

The Isles at Old Tampa Bay will be home to 350 residential units.

Some people who live nearby are concerned about conservation and more traffic congestion.

“It’s a shame that they took out all those trees,” said Charles Anrecio, who lives nearby.

The City of Tampa says it was made aware of site clearing and issued a variety of violations, including:

A stop work order is now in effect.

“That whole area was like the last green space in the city and there’s a lot of wildlife that was affected and I think that should have been taken into account,” said Teresa Parrino, who would like to see the property turned into a large conservation area.

A spokesperson for the developer says: “The ownership team has patiently developed a plan that will create value for the neighborhood and enhance marine life. We have City approved plans for our scope of work, but inadvertently did not secure the required permits to implement the approved plans. We are currently working with the City to acquire permits needed to continue work on the property.”

For now, the only work here is watering the tree preserves.

The City says it is currently pursuing an investigation into the illegal tree removal.

The developer says it’s building fewer units on the property and preserving more than the required 50% of the trees and those mistakenly cleared without permits were designated and approved for removal.

The City says a total amount for the fines will be determined when the situation is assessed.

0 0 0 0
Previous : “An Attack on Our Country” Florida Reps Briefed on Foreign Disinformation Campaigns
Next : Major Commitment to Have Vote-By-Mail Ballots “Cured” by Election Day in Florida