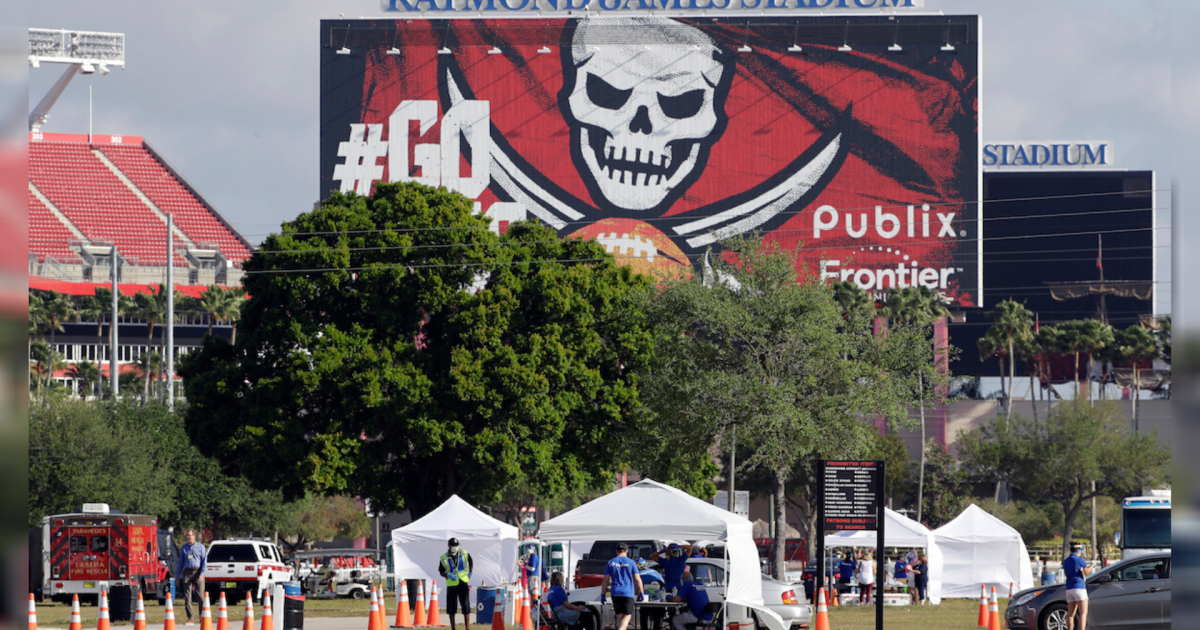 TAMPA, Fla. – Hillsborough County voters will now be able to cast their ballots where the Tampa Bay Buccaneers call home.

The Hillsborough County Supervisor of Elections Craig Latimer announced on Tuesday that the county is partnering up with the Bucs and the Tampa Sports Authority to turn the football stadium into an early voting site for the 2020 General Election.

The announcement comes just days after the county announced Amalie Arena, home of the Lightning, will also become an early voting site. With the additions of Amalie Arena and Raymond James Stadium, Hillsborough County voters now have their choice of 26 Early Voting sites, which will be open October 19 through November 1, 7 a.m. to 7 p.m.

The Early Voting period allows voters who want to vote in-person to choose the time and location that is most convenient to them, rather than waiting until Election Day to vote, when, by law, they must vote in the polling place assigned to their precinct.

0 0 0 0
Previous : Trump Extends Ban on Gulf Drilling, Adds Ban in Atlantic
Next : Bucs’ Leonard Fournette: ‘For the first time in my life, I really have a quarterback’