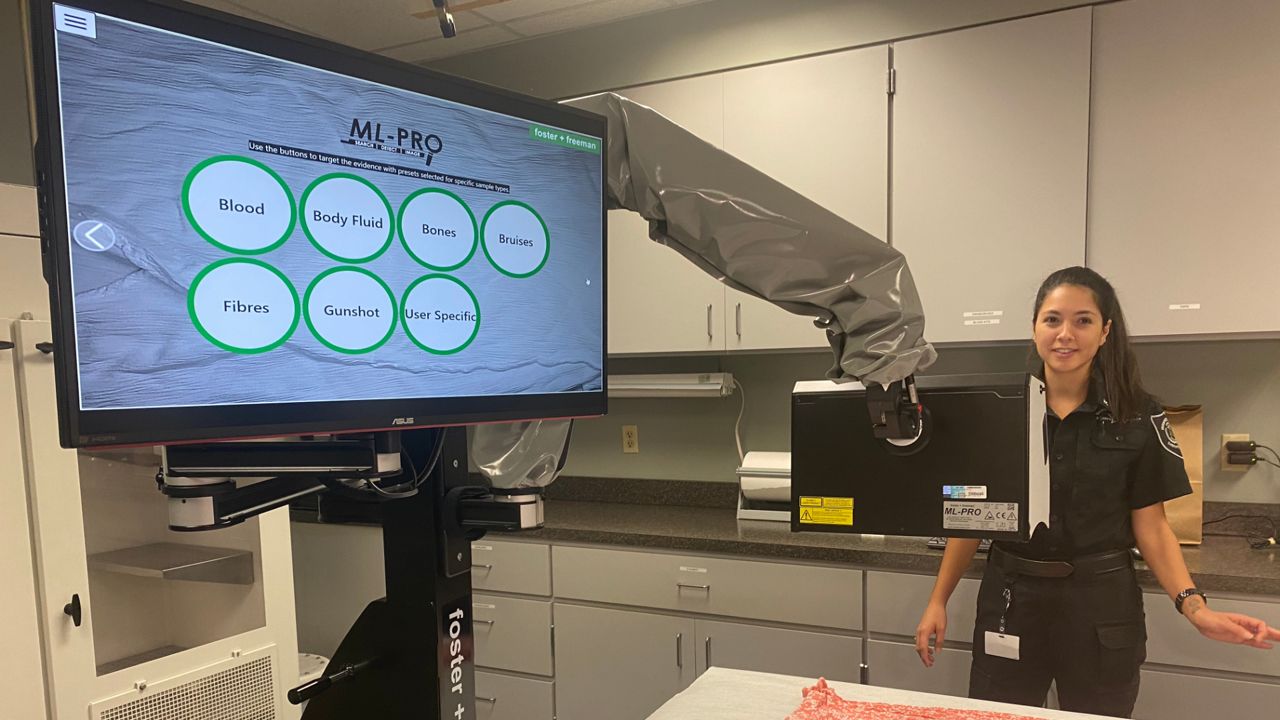 Director of Forensic Science Kinsey Boylan said, “This is top of the line, this is as good as it gets right now.”

A new rapid evidence screening tool is now being used in Hernando County and it’s also the first of its kind in the United States. They call it the Crime-Lite ML Pro, a device that helps forensic technicians like Shannon Durling detect the smallest pieces of fiber within hours.

Durling told Spectrum Bay News 9, “Before we got the ML Pro we were using a handheld light and goggles.” That process would typically take days.

“It’s going to do things that we were not capable of doing before as far as utilizing different wave lengths and capturing different images,” Boylan added.

One of the reasons why is this technology can pick up traces of evidence that you wouldn’t necessarily see through the naked eye.

“This image was taken using infrared,” Durling mentioned as she demonstrated how the device worked.” The image is not on the visible light spectrum so what it does is it washes out the background and make the blood stains visible.”

All the items used in the video are only samples and not used in actual cases but once an item is scanned, a detailed report is then printed out.

She also stated that the ML Pro will also pick up gunshot residue.

“It can give you an approximate range from within where the suspect was standing when the shot was fired,” making for solving crimes a lot quicker than before.

The Sheriff’s Office say they will now use this device to help solve cold cases.