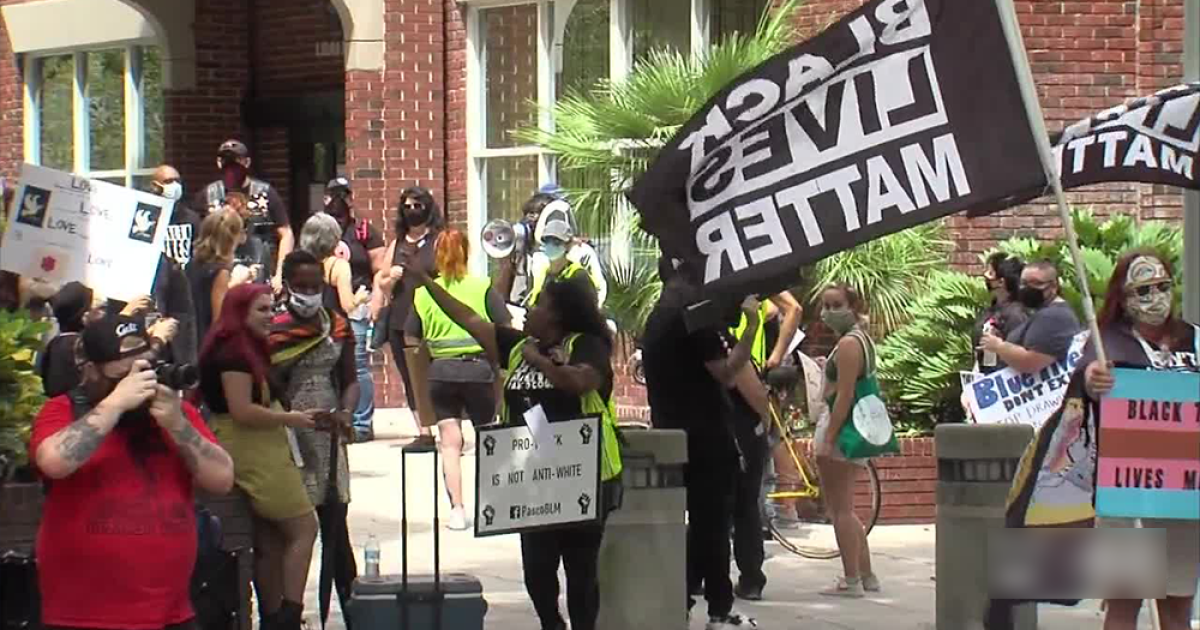 “The Black Lives Matter people ratcheted up the volume. It attracted some of the people from the other extreme of the spectrum, including the Proud Boys,” he said. “Up until this last weekend, I had never seen a Proud Boys sign.”

The Proud Boys is a far-right neo-fascist organization that started in 2016.

According to BLM protesters, a member of the Proud Boys was at their protest with a gun last Friday. They sent a video of a man, appearing to be holding what looks like a gun on his side.

BLM said they’re not causing the problems and they don’t want things to turn violent.

“Everybody that I’ve been working with are good people,” said a BLM member. “As I told the chief of police, there’s been no burning, there’s been no stealing and no looting in New Port Richey.”

The mayor did denounce the Proud Boys saying, “I have no use for them.”

Manns said she is in talks with William Dumas, a member of Citizens Against discrimination and Racial Injustice.

Dumas said he has sent her a list of things BLM would like to see addressed, such as body cameras for all police officers and starting a citizen’s review board.

Manns said body cameras are in their budget and City Council will vote on the budget at their next meeting.

Manns and Dumas said they are working to set up a meeting, and the council is planning a work session with BLM and members of the community to have an “open discussion.”

“I don’t want violence, no one does,” said Marlow.