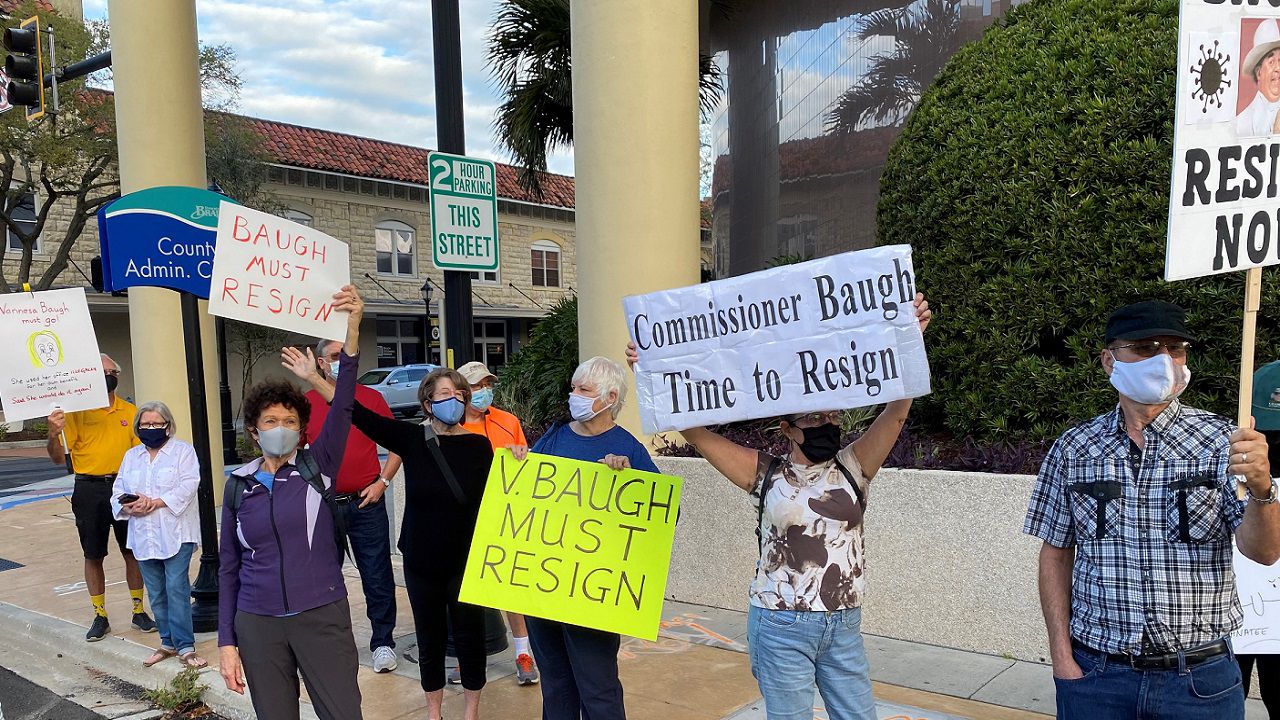 The protest comes after last week’s pop-up vaccine site in Lakewood Ranch served about 3,000 people. But it’s how people were chosen for those doses that has some residents upset.

Opponents of the pop-up site, which took place for seniors in two of the county’s most affluent zip codes, are calling for Commissioner Vanessa Baugh to resign.

Baugh says she was contacted by developer Rex Jensen about helping to set up the site. She says Governor DeSantis had reached out to him about opening it.

Baugh, who is chair of the board, told fellow commissioners about the plan during a meeting on Tuesday. She said she made the decision to limit which seniors would be eligible for those doses to only people who live in two nearby zip codes.

Baugh apologized last week for creating a so-called “VIP” vaccination list. Baugh’s name was on the list as well but she said she did not receive a vaccine.

Gov. DeSantis was asked about the doses being limited to people within two zip codes. He said Lakewood Ranch was chosen because of its large population of seniors and the resources and space that were available.

“It wasn’t a choice about zip codes,” he said last week. “It was a choice about where is a high concentration of seniors where you can have communities provide the ability for them to go on.”