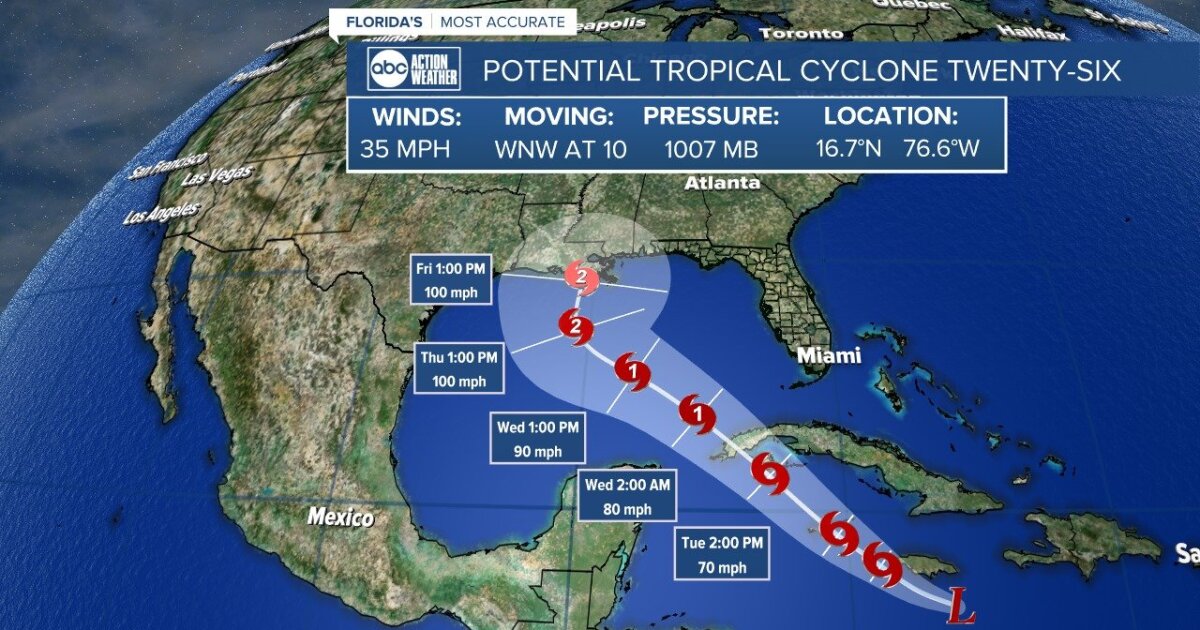 According to the NHC’s 5 p.m. Sunday update, the system is about 90 miles south of Kingston, Jamaica, with winds of 35 mph. The system is also moving west-northwest at 10 mph.

The system is forecasted to become a tropical storm this week, the NHC said.

Refresh for updates, get the latest on ABC Action News